Kayla Rae Norton, 25, and Jose Ismael Torres, 26, of Georgia, have been sentenced to 15 and 20 years in prison, respectively, for their role in harassing an African-American birthday party in 2015 with a parade of Confederate flags, an incident the Douglas County judge opined was “motivated by racial hatred.”

The incident gained increased attention because of it happened less than month after Dylann Roof murdered nine churchgoing African-Americans in Charleston, S.C., in an attempt to start a race war; national debate about the display of the Confederate flag ensued.

You can watch the video of what happened that day below.

According to the Atlanta Journal-Constitution, Torres was sentenced to 20 years in prison, with 13 to serve, while Norton was sentenced 15 years, with six years to serve. They were convicted of aggravated assault, terroristic threats and street gang terrorism.

They have also been permanently banned from Douglas County.

Both were seen crying in court.

Assistant District Attorney David Emadi called the “Respect the Flag” caravan was a drunken two-county affair that consisted of threats to African-American motorists. He said one person with approached with a gun.

RELATED: The cameras were rolling as a man leapt with all his might to take down a Confederate flag

Norton was remorseful in court.

“I do accept responsibility for what I’ve done. What happened to you is absolutely awful. From mother to mother, I cannot imagine having to explain what that word means,” she said.

“The worst decision I’ve ever made in my life was to not walk away when I had the chance,” she said.

Hyesha Bryant, 34, who was present at the birthday party that day has opted to forgive Norton and Torres.

“I never thought this would be something I’d have to endure in 2017. As adults and parents, we have to instill in our children the values of right and wrong. That moment you had to choose to leave, you stayed,” she said. “I forgive all of you. I don’t have any hate in my heart. Life is too short for that.”

RELATED: Seventy-year-old teacher retires after Confederate flag display in class — it was the second complaint against him

Fifteen people in total were indicted for their involvement, the New York Daily News reported. 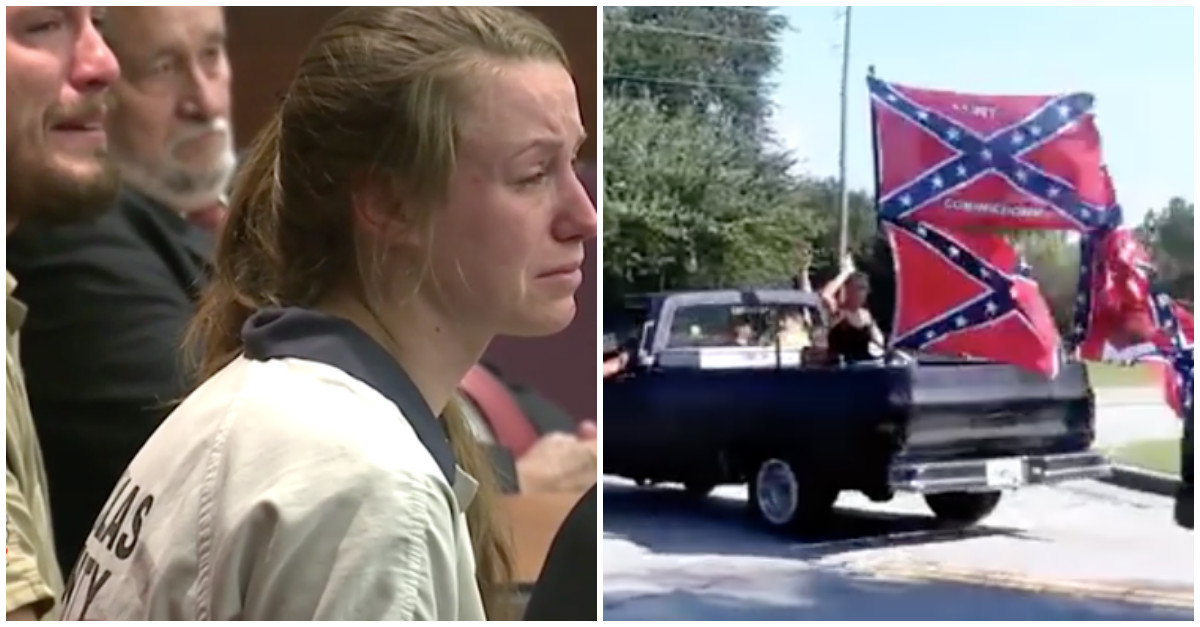