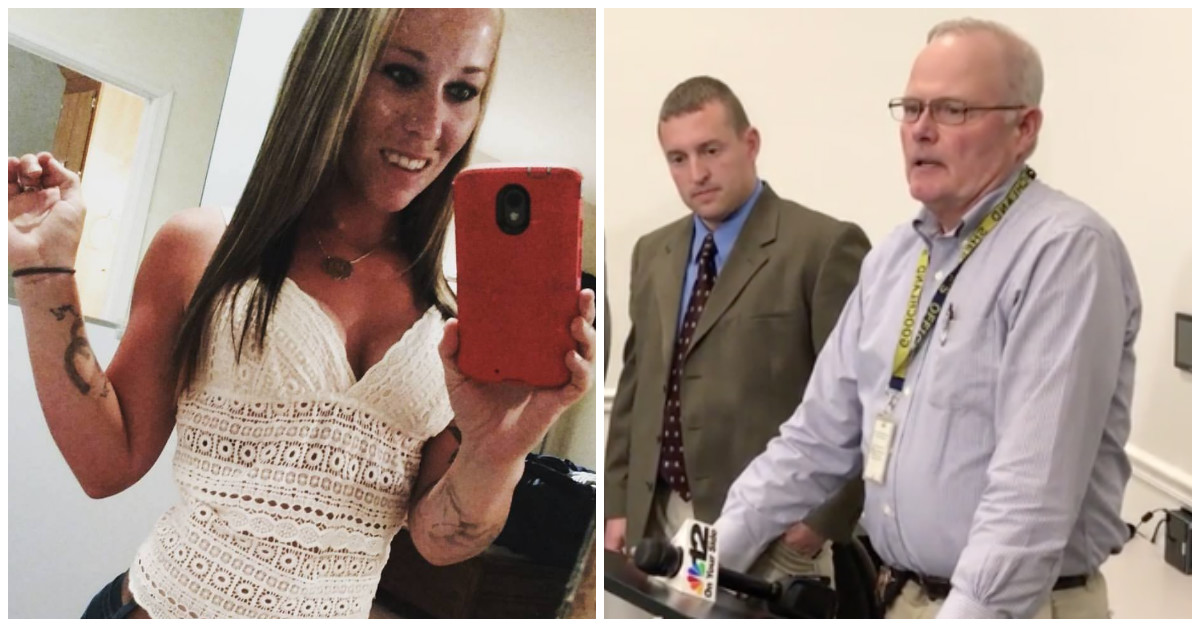 Virginia police have responded to speculation that something other than a mauling occurred last week when 22-year-old Bethany Stephens was found dead in the woods, revealing that when they arrived on scene, they observed her pit bulls eating her rib cage.

Many have expressed doubt that Stephens was mauled to death, even as police said the grisly scene was conclusive. Rare also noted that dog experts also shared conflicting opinions about what might have happened, but police have now released the worst of the details after getting the permission of Stephens’ family.

“Let me cut right to the chase, the most important detail that we did not release because we were worried about the well-being of the family is that in the course of trying to capture the dogs early Friday morning … we turned and looked … I observed, as well as four other deputy sheriffs, the dogs eating the rib cage on the body,” Goodland County Sheriff James Agnew said in a press conference on Monday, PIX11 reported. “The injuries were very severe.”

Police said that the medical examiner found no evidence of a larger animal causing Stephens’ death, that bite wounds “didn’t puncture her skull,” and that “scratch marks [were more] consistent with a smaller animal than something like a bear.”

Previously, Barbara Norris, one of Stephens’ friends, told WRIC that she could not believe the 100-pound-plus pit bulls would have mauled anyone.

At least two dog experts, neither of whom knew Stephens or her dogs, came forward with opinions. One said that a lot of questions still needed to be answered, while the other speculated that this may have been a case of “redirected aggression.”

A veterinarian from Richmond, Va., Amy Learn, told WTVR that “dogs don’t typically just out of the blue attack their owners.”

“Was there somebody else there? Were they being attacked by somebody, were they trying to defend themselves and their owner from somebody else, from a wild animal? Was it actually something else that attacked the owner? Were there stray dogs, coyotes [or] something else in the woods?” she wondered.

Amy Pike of the Veterinary Referral Center of Northern Virginia began the same way, saying, “Dogs don’t just attack out of the blue. They are typically scared or threatened by something.”

Pike told the Richmond Times-Dispatch that this may have been a case of “redirected aggression.” The ASPCA defines this term as “when a dog is aroused by or displays aggression toward a person or animal, and someone else interferes.”

“I don’t know anything about these dogs or her personal relationship with them, but there are likely to have been precursors to this, I suspect, either in terms of fear and anxiety or potentially aggression issues in either one of these dogs to have happened this way,” Pike said. “It’s very possible there was something else that scared them, and unfortunately either they got into a fight with one another, and she was trying to break it up, or one or both redirected towards her in the moment.”

From the start, police said that it was clear that a mauling had occurred.

Sheriff Agnew said they arrived on a wooded scene after Stephens’ father went looking for his daughter. They said her body was being guarded by two very large pit bulls, dogs that weighed as much as she did.

“It appeared the attack was a violent attack initiated by the victims’ dogs while the victim was out for a walk with the dogs,” he said. “The victim had defensive wounds on her hands and arms trying to keep the dogs away from her, which would be consistent with being attacked while she was still alive.”

“It appears she was taken to the ground, lost consciousness, and the dogs then mauled her to death,” he added. “In my 40 years of law enforcement, I’ve never seen anything quite like it. I hope I never see anything like it again.”

The dogs are being held at Goochland County Animal Control, and Agnew said authorities were seeking to have the animals euthanized.