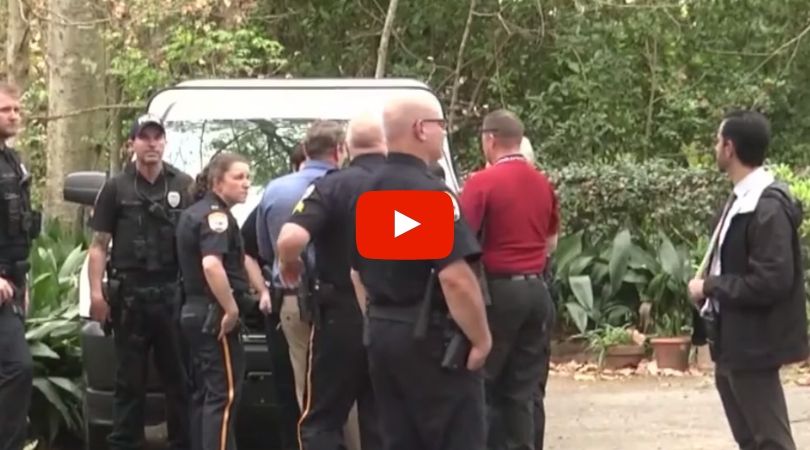 Jeffrey Dahmer, who? Police in Florida are investigating the gruesome discovery of jars of human tongues in a home’s crawl space. The preserved organs were found during an inspection of the foundation in the Gainesville house, previously owned by Dr. Ronald Baughman, who is a former University of Florida researcher.

According to authorities, some of the gallon-sized jars date back to the 1960s. Investigators are now looking into the possibility that Baughman, who published several studies in the following two decades, may have brought the tongues from his Florida home as part of his work. Baughman stored the jars in the crawl space because it was a cool area.

Baughman is currently a professor emeritus at the University. Back in 1988, an abstract in the Journal of Oral and Maxillofacial Surgery posted on the medical research site Science Direct lists Ronald A. Baughman as a dentist who was involved in a case of oral squamous cell carcinoma in twins.

The tongues were said to be used for research on thyroid and neck conditions and were to be brought back to the university. Baughman’s ex-wife now owns the home and forgot the jars were beneath the house in the first place. Steve Orlando, University of Florida spokesperson stated he didn’t know what the policies and laws would have been like 50 years ago, but this incident wouldn’t be permitted today.

“There are very strict federal and state laws as well as university policies that prohibit that. It would be neither appropriate nor legal for a faculty member or researcher to bring something like that home.”

Luckily, police do not suspect any foul play is involved with the tongues and are conducting tests on the specimens. It is still not clear how many tongues were found but authorities did note that one jar contained several human remains.