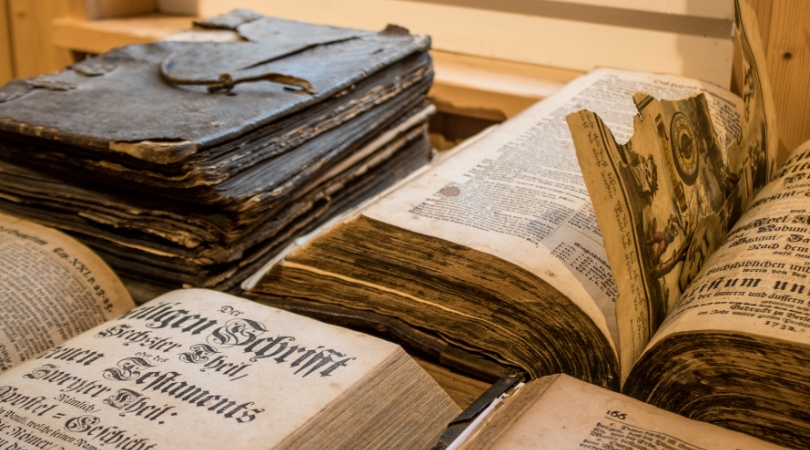 Question! What do you do when you decide to steal ancient Bible artifacts that are probably worth more than your mortgage and student loans combined? You sell them to Hobby Lobby, duh! Well, at least that’s what this dumb University of Oxford professor stupidly decided to do thinking he wouldn’t get caught.

Classics Professor Dirk Obbink, from Nebraska, is accused of stealing Bible artifacts and fragments from a collection of several pieces of literature that were recovered from an ancient Egyptian garbage dump in 1896. The incident has been unsolved since 2012, but according to officials with the Papyri Project, managed by the nonprofit The Egypt Exploration Society, as well as the Museum of the Bible, they have finished a probe to solve the mysterious case that took around 3 months.

ok but why is Hobby Lobby buying Bible artifacts? https://t.co/ElKqokYlUU

Professor Obbink is accused of stealing and selling at least 11 ancient Bible fragments to the Hobby Lobby owners who are part of a group of founders behind the Museum of the Bible in Washington D.C. Which is ridiculous because well, it’s Hobby Lobby. I mean, to think that someone can probably buy an ancient artifact that is probably worth $30,000 for just $15,000 because they have one of those dumb half-off coupons they always advertise, is ridiculous.

According to the Egypt Exploration Society, a non-profit that oversees the Papyri Project collection stated the museum informed them of the pieces that came into care with the craft store. Hobby Lobby allegedly bought the artifacts in “good faith.” Spokeswoman Heather Cirmo stated,

?Former employees who have not been associated with the museum since 2012 made the decision to accept the 13 Bible fragments. Since then, Museum of the Bible curators and registrars began rigorously reviewing all acquisitions and researching documentation and dealers, with special attention on antiquities, items that may originate in modern conflict zones, and agents who are now known to [have] sold items of questionable origin or authenticity.?

Obbink has yet to comment on the situation, but had denied some of the allegations, saying that the claim he sold the fragment of the first chapter of the Gospel of Mark to the craft store “is not true.” Yet, EES state the Museum of the Bible alleges that 11 fragments were indeed sold to by Obbinik in two separate instances back in 2010. According to the Washington Post, Obbinik is still a professor at Oxford.