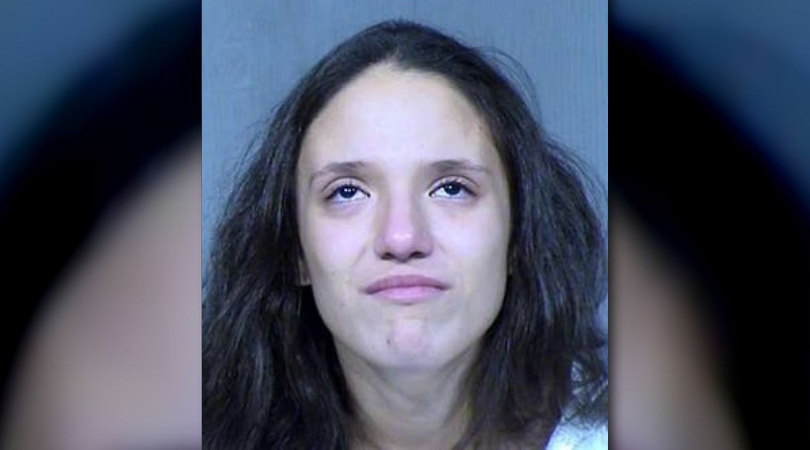 Being a parent is hard work. Growing up, I remember my mom struggling to try to juggle between work and us. She was alone, so it was sometimes hard trying to balance certain areas, but she did. Because she loves us and made sure we had everything we needed to become the people we are today.

That being said, what I will never understand about some women and men is the fact that they choose to be parents, and then decide they don’t want to be parents anymore. Whether it’s because they are frustrated or they see themselves struggling financially, they try everything they can to “reverse that decision.” We have seen it multiple times. Unfortunately, this means that they try to do the unthinkable to “get rid of their problem.” This includes hurting the child. Like Rachel Henry, who doesn’t deserve to see the sun again. This is truly devastating.

According to authorities, Henry admitted to smothering all of her three children one by one, while singing to them as she covered their mouths and noses. Police reports offer the horrific and shocking details about what exactly led the mother to kill her children. The 22-year-old is facing three counts of first-degree murder and is being held on a $3 million bond.

This is some bullshit! Her 3yr fought for his life and his silblings. How do you hurt your own? Kill your own?

According to prosecutors, they requested the large bond because Henry has no real ties to Arizona, moving to Phoenix from Oklahoma in 2019, and the victims had been taken away from her in the past due to drug addiction. The mother admitted to killing her 3-year-old son Zane Henry, 1-year-old daughter Miraya Henry, and 7-month-old Catalaya Rios. The three children were found dead inside their family home.

According to court documents, Henry began with her 1-year-old daughter. The report states Henry was playing with the 1-year-old and wrestling on top of her. The woman felt the baby’s breathing was obstructed but continued to impede her breath by physically placing her hand over the baby’s mouth. Henry told authorities that the girl was kicking during the act, and her 3-year-old was yelling at her in “an attempt to get her to stop” while punching her.

Henry then chased the 3-year-old male but was interrupted when another relative returned home. A short time later the mother took the boy into a back bedroom where she changed his underpants and placed him on the floor, straddling him with one of her legs and placing her hand over his mouth and nose. She used her weight on the 3-year-old to suffocate him. The police report noted Henry was singing to the boy as he was scratching her chest and pinching her until he unfortunately died.

I read this today. Very sad, there is surely a mental health issue behind it. The girl is 22 with 3 kids. Also begs to question why we don't give easier access to abortion clinics. https://t.co/P7YLUy00z9

The Arizona mother then moved to her 7-month-old daughter and fed her with a bottle until she fell asleep. As she sang her a song, she placed her hand over the face and impeded her breathing until she became unconscious and died. Shortly after, she placed all of the children in a position on the living room couch as if they were taking a nap. She reported that she did not tell any other family members about what occurred.

Firefighters and police were later called to the home, where they found the young children dead. She was arrested and booked into jail on three counts of first-degree murder. Investigators are looking into whether postpartum depression might have been a factor in the incident. According to police, Henry had a history of methamphetamine addiction, “and had been acting strange the past several days.”