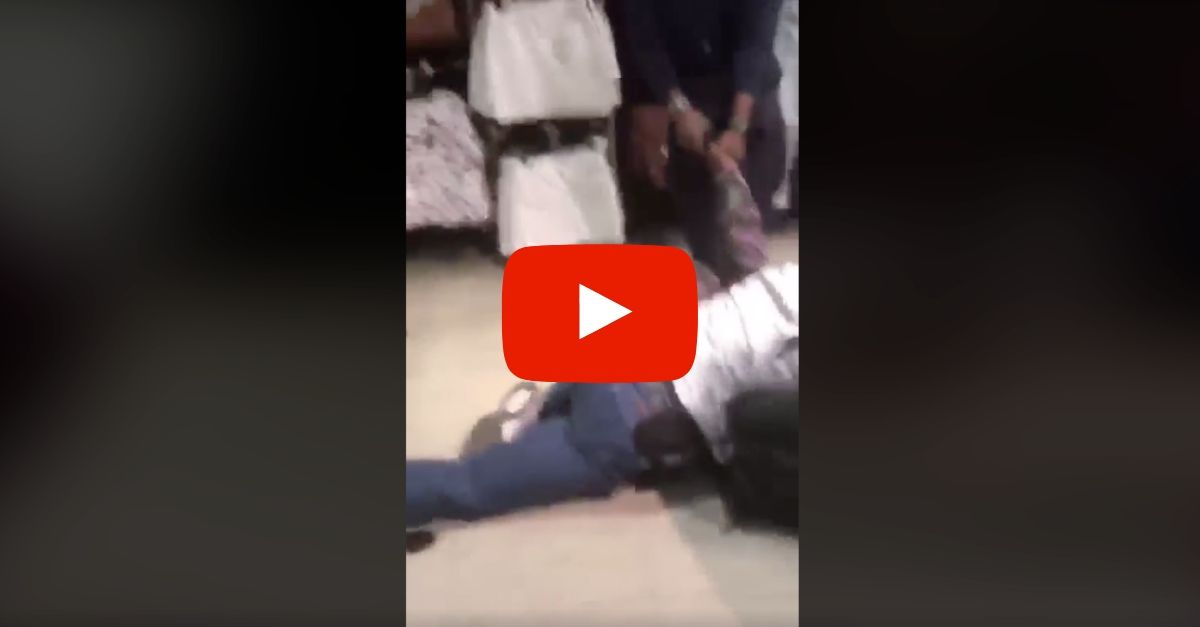 A big, strong, manly, super brave 6-foot-1, 225-pound security guard has been indicted for assaulting an 11-year-old child he apprehended while shoplifting, that is if you considering tackling and beating a small girl “apprehending” someone.

Mohammed Khan, of Cambridge, Massachusetts, has been indicted for using excessive and unreasonable force in order to restrain the girl after she had already admitted to stealing $175 worth of merchandise from a clothing store in Boston.

Kahn, at the time an employee of Securitas Security Services USA Inc., was filmed grabbing the girl by the head and neck, dragging her bag into the store, pushing the girl into a corner, punching the girl in the face, and violently pinning her to the ground. Employees and other customers can be heard in the background telling him to stop after he punches the girl.

This was actually pretty par for the course for Kahn, who had apparently long ago gone full mall cop and been reprimanded four previous times for using too much force in other interactions with shoplifters.

This is what happens when you try to win the Congressional Medal of Honor while working retail security. You really lose sight of what’s important and the next thing you know you come to kneading the face of a girl born in 2008 over some clothes. This would all be hilarious if it weren’t for the fact that a little girl got hurt, because this, otherwise, an extraordinarily funny abuse of such a miniscule amount of power. It’s like a toll booth worker tossing a spike strip in front of a little boy’s bicycle.

Kahn and the company he works for, Securitas Security Services USA Inc., have been charged with assault and battery on a child under 14 and one count each of civil rights violations.

This story was originally published November 25, 2019.