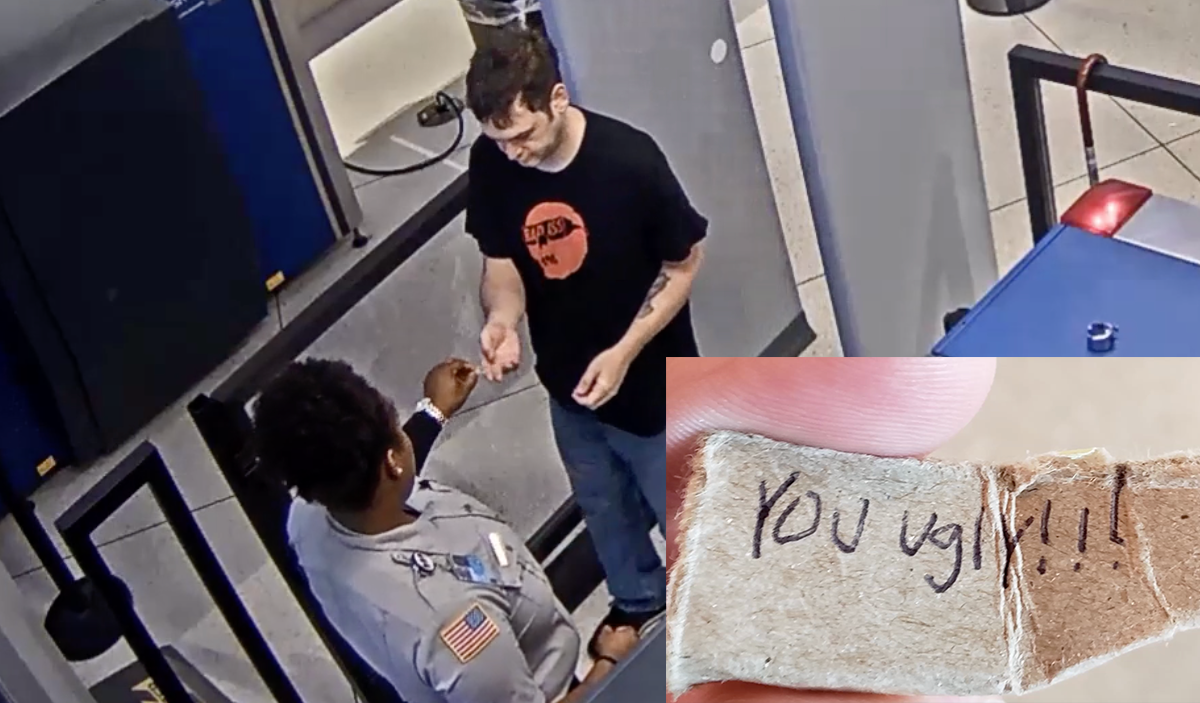 Getting through security at the airport is rarely an enjoyable endeavor. The line is usually long — more often than not infuriatingly so, largely because the TSA (transportation security administration) doesn’t have all their lanes open even though they probably could, which would cut your wait time by half and probably allow them to do a more thorough job. But nah. Screw you and the other 800 people here to get on a plane within the next hour. Everyone slowly file into line for this one body scanner. Enjoy your flight.

There’s not a lot that could make your security wait more frustrating but a security guard or airport worker pulling you aside apropos of absolutely nothing (other than their distaste for your face) and telling you that you’re ugly in a mean note on a piece of paper is probably one of those things. Talk about highest ethical standards. And that’s exactly the type of behavior that happened to technical coordinator and passenger Neal Strassner at the Greater Rochester International Airport when he was traveling for work in a June incident.

A Rochester airport security worker wrote “You Ugly” on a handwritten note and slipped it to Strassner after he passed through the metal detector. Strassner was confused and took the passing note without opening it. The worker called out to Strassner several times asking if he was going to open the note. Strassner finally did and was greeted with the airport security guard’s valuable observation.

Strassner attempted to contact the airport about the incident but they didn’t do much about it. Finally, Strassner obtained security footage of the incident through a public records request through the Freedom of Information Act and took to Reddit to tell his story.

According to Strassner, within two hours of posting that on Reddit the airport contacted him. Funny how that works. The security guard, who worked for a local security company as a contract employee by the TSA to work at the Rochester airport, was fired shortly after.

Just another fun interaction with the TSA!

Editor’s note: This article was originally published on August 19, 2019.

Watch: Passenger Films Wheel Rip Off of Plane During Take Off