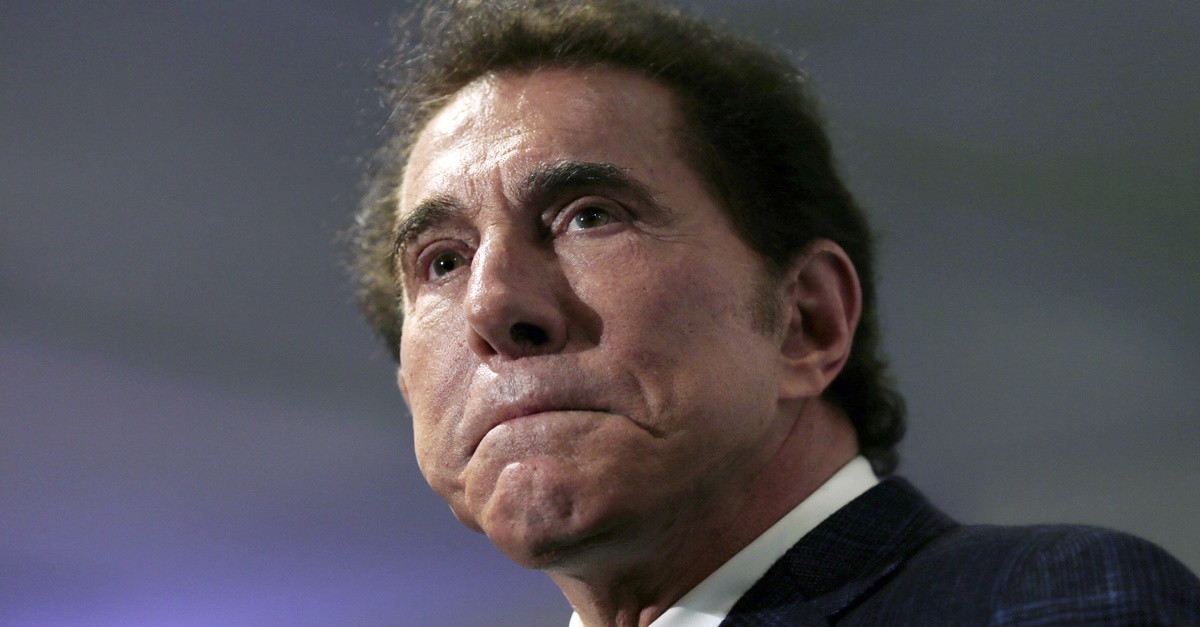 Steve Wynn, CEO of Las Vegas-based Wynn Resorts, stepped down as the Finance Chair of the Republican National Committee after sexual assault allegations were brought against him.

Wynn allegedly engaged in sexual misconduct with multiple employees over decades, according to a report in The Wall Street Journal.

“This is the Republican Party,” Democratic National Committee deputy communications director Sabrina Singh said in a statement Friday. “This is the party of Donald Trump, Roy Moore, Joe Arpaio and Trent Franks. Democrats will refuse to stand by while the Republican Party denigrates women. We will continue to march side by side with women all across this country because we believe that women must be empowered and respected.”

Wynn, for his part, denied the accusations leveled against him, saying in a statement to Politico Friday night that this is “the continued work of my ex-wife Elaine Wynn, with whom I am involved in a terrible and nasty lawsuit in which she is seeking a revised divorce settlement.”

“The idea that I ever assaulted any woman is preposterous,” Wynn continued. “We find ourselves in a world where people can make allegations, regardless of the truth, and a person is left with the choice of weathering insulting publicity or engaging in multi-year lawsuits.”

According to The Wall Street Journal, the accusations were mentioned in a “broad terms” in a lawsuit brought against Wynn and his company by his ex-wife, Elaine Wynn.

“It is clear that Mr. Wynn’s ex-wife has sought to use a negative public relations campaign to achieve what she has been unable to do in the courtroom: tarnish the reputation of Mr. Wynn in an attempt to pressure a revised divorce settlement from him,” Wynn Resorts said in a statement Friday.

“It is noteworthy that although Ms. Wynn says she knew about the 2005 allegations involving Mr. Wynn in 2009, she never made them known to the board of directors, of which she was then a member, and she did not raise them until after Mr. Wynn remarried and the shareholders of Wynn Resorts voted not to elect her to the board,” the statement continued.