Still have any old Polly Pocket toys? They could be worth a solid chunk of change these days 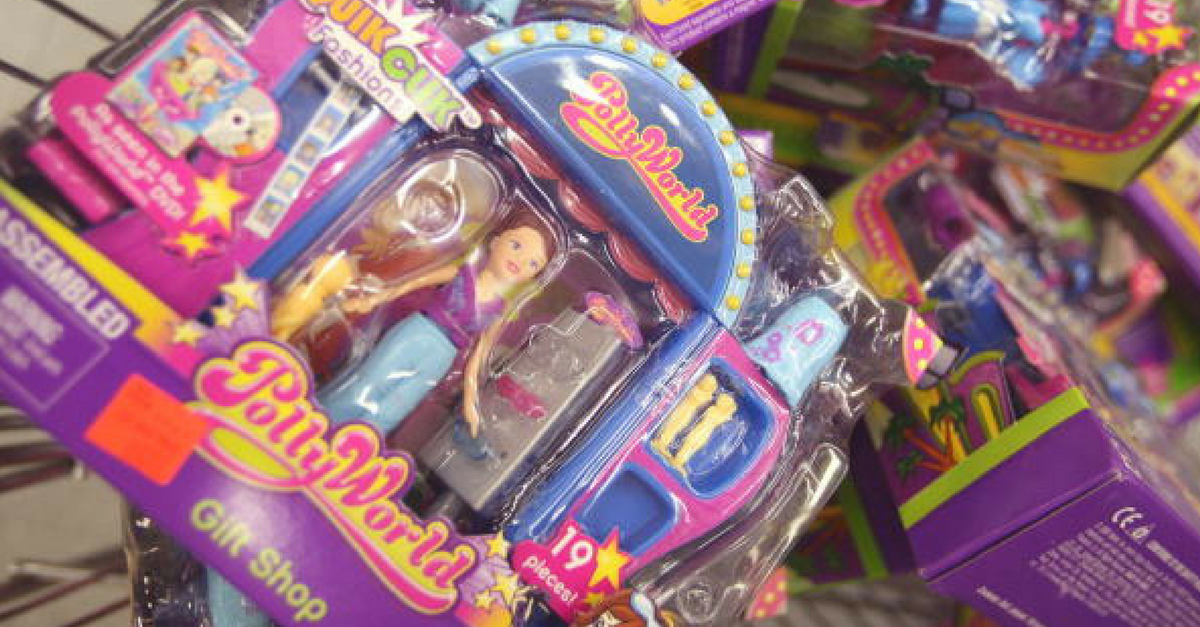 Photo by Scott Olson/Getty Images
CHICAGO - AUGUST 14: Recalled toys are piled in a shopping cart after being pulled from the shelves at the Cut Rate Toys toy store August 14, 2007 in Chicago, Illinois. The toys were among nine million Chinese-made toys being recalled by Mattel. Other toys including Polly Pocket play sets and Batman action figures are being recalled due to potential dangers to children from lead paint or tiny magnets that could be accidentally swallowed. (Photo by Scott Olson/Getty Images)

Remember the tiny Polly Pocket dolls and their adorable portable houses from the 90s? If so, you might want to check and see if you still have any lying around because they could be worth some big bucks now.

While not every Polly Pocket toy is valuable, many of them are selling for hundreds of dollars in eBay — with even a minuscule, birthday-themed set that’s small enough to fit in a child’s hand selling for nearly $300 recently. When determining if your Polly Pocket toy may be worth a decent chunk of change, there are two factors to look out for: when it was made and its condition.

RELATED: Some quarters produced during these 2 years are worth way more than 25 cents

The most valuable Polly Pockets seem to have been manufactured between 1989 and 1998 when the British company Bluebird Toys still owned the brand. During that time, the company created more than 350 different Polly Pocket sets, including cottages, amusement parks and castles for the dolls. For example, a 1994 vintage Magical Mansion set, which includes a spinning dance floor and a light-up roof, recently sold for $90 on eBay.

In 1998, Mattel acquired BlueBird Toys and launched a complete overhaul of of the products, increasing the size of the dolls and giving them removable clothes and accessories. Because these versions don’t closely resemble the original dolls, however, they tend to sell for much less than the pre-Mattel toys.

RELATED: Here’s everything you need to know to get started making money on eBay

Additionally, if your toy is still in its original packaging, it’s likely to sell for a lot more. In fact, a Fairy Light Wonderland set that was still in mint-condition recently sold for a whopping $455, while a compact play set in its original box went for $305. It’s also useful to make sure your sets still have their original dolls and accessories because this will increase their worth as well as opposed to sets with missing pieces.

For those hoping to cash in on their old toys or to perhaps increase their own collection, eBay has provided this Polly Pocket collector’s guide.