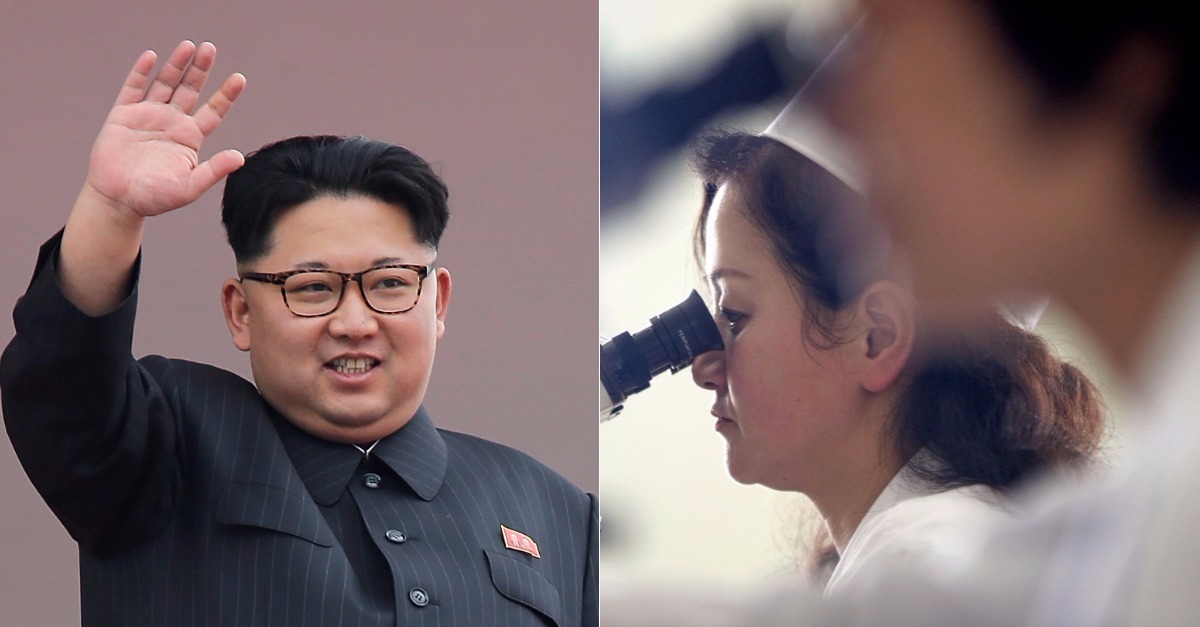 After a man who died while attempting to defect from North Korea, experts are shocked by the sickening thing they found growing in his body.

In a briefing, surgeon Lee Cook-jong displayed photos featuring flesh-colored parasites, some almost as long as a foot, that were removed from the soldier’s digestive tract during attempts to save him by surgery, reported the New York Post.

RELATED: A North Korean soldier has risked it all to escape Kim Jong-un, but he?s not out of the woods yet

?In my over 20-year-long career as a surgeon, I have only seen something like this in a textbook,? Lee said.

Surgeons removed kernels of corn along with the parasites, and according to them, it highlights the terrible nature of food and hygiene in the Democratic People’s Republic of Korea.

?Although we do not have solid figures showing health conditions of North Korea, medical experts assume that parasite infection problems and serious health issues have been prevalent in the country,? said Choi Min-Ho, a professor and parasitic specialist at Seoul National University College of Medicine.

The soldier was shot at over 40 times by his so-called comrades when he tried to flee across the Korean border. According to the South Korean military — who did not fire any weapons — the shooting was the first shooting in the jointly controlled border in over three decades, reported the New York Post.

He was shot in his buttocks, armpit, back, shoulder and knee, among other wounds, according to the hospital where the soldier is being treated.

According to the Post, other doctors have also reported finding similar worms from North Korean defectors. The reason is likely due to the use of human excrement a.k.a. “night soil” as fertilizer. Kim Jong-un personally recommended farmers use waste — primarily human, but also animal — in their farms. Because of the perception that this “night soil” makes food more delicious, farmers continue using it even though the risk of contracting parasites is high.

According to the World Food Programme, North Koreans simply are far less nourished than they’re neighbors, with a quarter of children growing far shorter than South Koreans and weighing less.

Between an ongoing drought and international sanctions over North Korea’s refusal to diminish their nuclear program, it’s clear that Kim Jong Un isn’t doing his people any health-related favors by promoting risky farming practices — and cutting them off from international support, reported the Post.

The continued tensions between North and South Korea are well documented, and the joint military relationship between the U.S. and South, have only increased in recent years. In particular, the war-of-words between the two leaders was elevated after Kim Jong-un called President Donald Trump an “old lunatic.” Trump responded on Twitter with headline-making tweets.

?Why would Kim Jong-un insult me by calling me ?old,? when I would NEVER call him ?short and fat?? Oh well, I try so hard to be his friend ? and maybe someday that will happen!? he said.

Trump’s rhetoric on the nation is well publicized, and he has no plans to release pressure on Kim Jong-un, whom he calls “Rocket Man.”

?Being nice to Rocket Man hasn?t worked in 25 years, why would it work now? Clinton failed, Bush failed, and Obama failed. I won?t fail,? Trump tweeted.