Menu
Follow us
Search
Menu
Search
Actress Susan Sarandon, right, and Riley Keough, second from right, the eldest grandchild of Elvis and Priscilla Presley, applaud during a rally outside the US District Court in Washington, Wednesday, Aug. 24, 2016, in solidarity with the Standing Rock Sioux Tribe in their lawsuit against the Army Corps of Engineers to protect their water and land from the Dakota Access Pipeline. A federal judge in Washington considered a request by the Standing Rock Sioux for a temporary injunction against an oil pipeline under construction near their reservation straddling the North Dakota-South Dakota border. (AP Photo/Manuel Balce Ceneta)

Eleven months ago, actress Susan Sarandon appeared on “All in with Chris Hayes” on MSNBC and declared that she wasn’t sure that voting for Hillary Clinton would put her on “the right side of history.”

A staunch Bernie Sanders supporter, Sarandon also said that Donald Trump could immediately ignite a revolution if elected to the White House.

On Wednesday, Sarandon, appearing with “Gasland” director Josh Fox, made her return to Hayes’ show. Now that President Trump is the leader of the free world, Hayes asked Sarandon if she feels “that you properly appreciated what a Donald Trump presidency would be?”

RELATED: Why actress Susan Sarandon says that the DNC is “completely corrupt”

“Analyzing and spending time and energy talking about blaming people who made mistakes or what should have happened is really wasting your time and energy, because what we have now is a populace that is awake,” she said. “He’s so clumsy and so bad at putting these things through that everybody’s awake and saying, ‘Oh my God, what’s happening to the EPA?'”

“Which in some ways you could see as a vindication of what you said. … Is it bringing the revolution?” Hayes asked.

Sarandon, who is protesting the pipeline at Standing Rock, answered, “I really am not a proponent for trying to have a revolution when we could have had peaceful change. … We could have had a revolution that was a legal revolution. I would much rather have seen it with a leader like Bernie Sanders. “What we have to do now is spend our time and energy focusing on how to fight what’s going on. And so when people are attacking me or trying to say this could have happened. … Really? That’s where we want to spend our time and energy?”

“You’re a journalist,” Sarandon said. “How many hours did you spend on Standing Rock? What we need from you is to allow people to understand what’s happening.”

Sarandon and Fox predicted that protests at Standing Rock will spread across the country because of outrage toward Trump.

“The good thing about this horrible thing of having Trump is that people are awake and they’re participating and they’re having town meetings,” Sarandon said. “This guy is so fumbling that he’s given a whole lesson in how things work, or don’t work.” 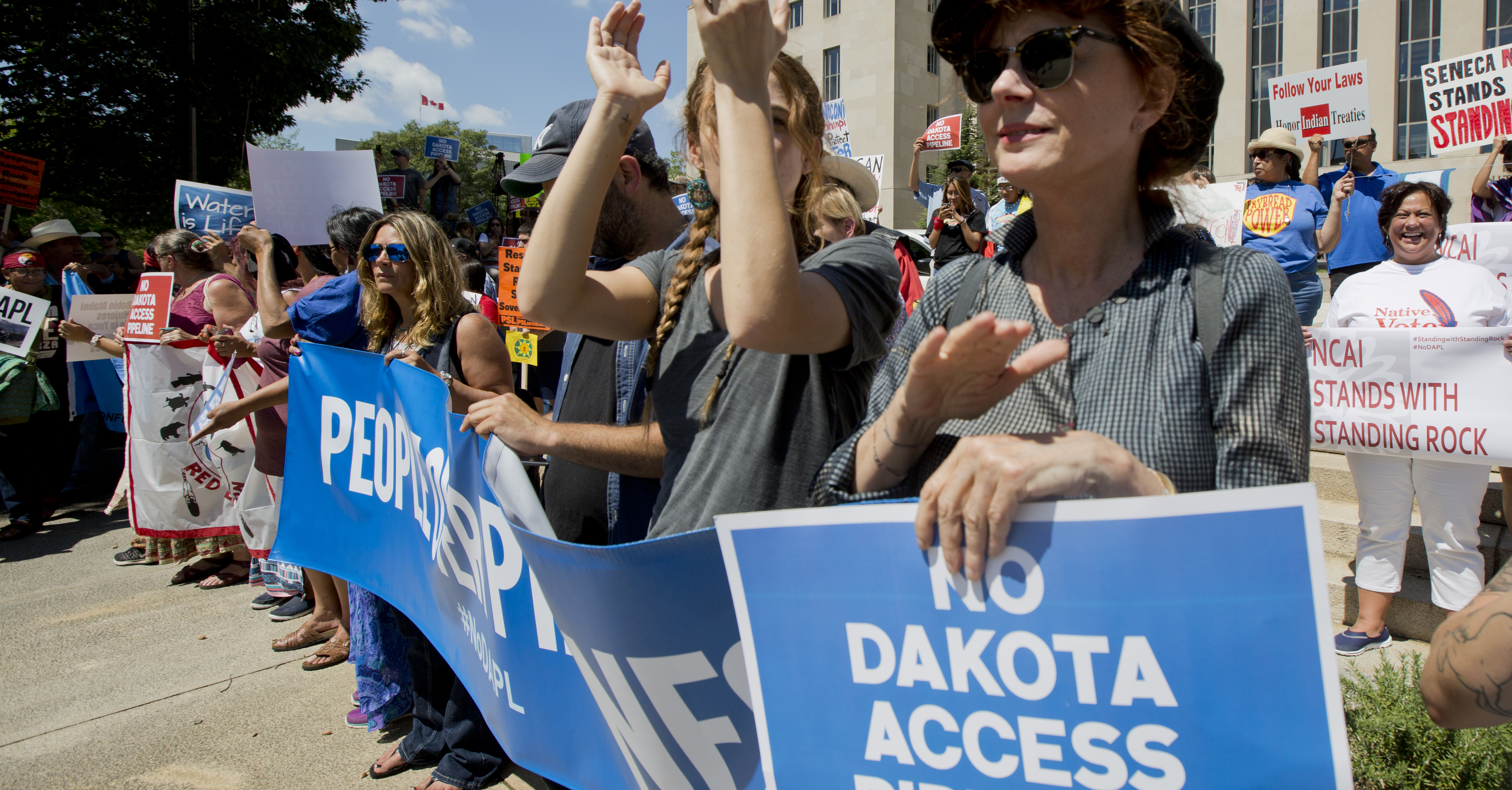