The House just voted to reauthorize FISA; why is it so controversial? 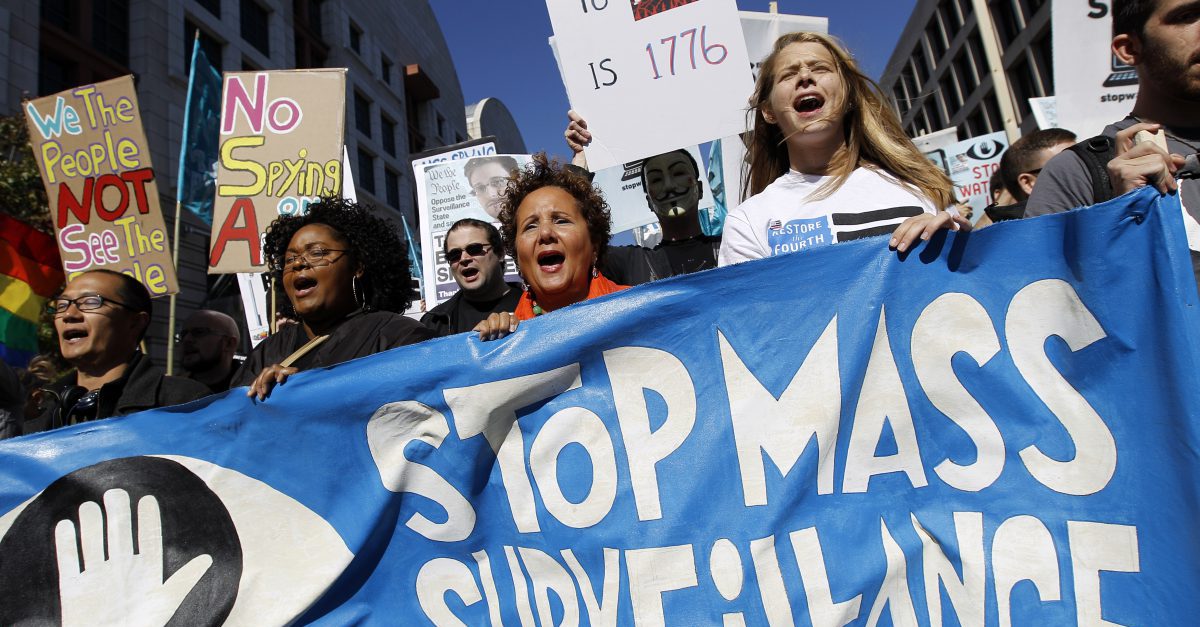 In 256-164 vote, the House of Representatives voted today to reauthorize the Foreign Intelligence Surveillance Act (FISA), a controversial law that advocates say is a necessary source of intelligence collection and critics say disregards protections ensured by the Fourth Amendment.

A number of Democrats, including Speaker Nancy Pelosi, also voted to reauthorize.

55 House Democrats – including Pelosi, Hoyer, Schiff – voted to kill a surveillance reform bill that would have (among other things) added a warrant requirement to 702 searches.

The reauthorization bill was seemingly put in danger this morning when President Donald Trump appeared to tweet his opposition to the bill.

“House votes on controversial FISA ACT today.” This is the act that may have been used, with the help of the discredited and phony Dossier, to so badly surveil and abuse the Trump Campaign by the previous administration and others?

With that being said, I have personally directed the fix to the unmasking process since taking office and today’s vote is about foreign surveillance of foreign bad guys on foreign land. We need it! Get smart!

FISA was signed into law in 1978 but gained new importance in the wake of the Sept. 11th terror attacks, reports Newsweek. The FISA Amendments Act of 2008 saw the addition of Section 702, which authorized the United States Attorney General and the Office of the Director of National Intelligence to work together and conduct warrantless surveillance of international targets.

It comes with some restrictions, though, that are supposed to keep Americans from being swept up in the dragnet; targets eligible for targeting under 702 must be “reasonably believed to be located outside the United States” and a foreign national targeted by 702 surveillance cannot be targeted for the purpose of incidentally collecting the communications of United States citizens, among other written restrictions.

However, leaked documents provided by former N.S.A. contractor Edward Snowden showed that Section 702 had become the basis for a surveillance operation that far outweighed what was described on paper, per Lawfare. Section 702, Snowden revealed, formed the legal basis of extensive international monitoring that opened up nearly every communication across American borders to monitoring of metadata — information about the message itself, like timestamps, sender and recipient — as well as message content.

Those messages were flagged and retained when names, contact information or other identifiers of intelligence targets were identified in the message, according to the New York Times. Though they were not allowed to target Americans, it was nearly impossible for Section 702 to avoid incidentally catching communications made by Americans — and the program had quickly expanded to a variety of foreign intelligence actions, creeping beyond the strict anti-terror purposes first used to justify its existence.

The revelations made Section 702 a target for civil libertarians and privacy advocates, who argued that the expanded program was a gross violation of Fourth Amendment rights.

Section 702 was allowed to expire in December 2017, one of several high-profile reauthorization deadlines that Republicans — who control the House, Senate, and White House — missed in a tumultuous year, along with reauthorizing the Children’s Health Insurance Program (CHIP) that expands Medicaid to eligible children.

A small faction led by Rep. Justin Amash, Rep. Thomas Massie and others attempted to attach an amendment to today’s FISA reauthorization that would require intelligence agencies to obtain a warrant before searching the database of communications collected through the program. Rep. Massie says “terabytes” of communications of, or from, Americans have been collected.

While the amendment failed in the House, in a small win for opponents of the surveillance program, the FBI must now acquire a warrant before searching the database for the content of communications, according to the San Francisco Chronicle. However, the FBI can still query the database for use in domestic criminal investigations without a warrant.

The reauthorization of FISA now goes to the Senate, where Senator Rand Paul — who ideologically aligns with Amash and Massie — has vowed to filibuster it.