Tucker throws a fit when Lt. Col. Ralph Peters calls him out for defending Putin and compares Tucker to Lindbergh's comments on Hitler. pic.twitter.com/QgJGzU1GXf

RELATED: Tucker Carlson criticizes the media’s reaction to Trump’s tweets but reveals why the president’s comments were a mistake

“I don’t understand what any American would want an alliance with Russia,” Peters said after criticizing President Trump’s closeness with Putin, a man he said was “as close to pure evil as [he] can find.”

“Why not just accept that people who are bad people have similar interests and side with them?” Carlson asked.

“You sound like Charles Lindbergh in 1938 saying, ‘Hitler hasn’t attacked us,'” Peters retorted.

Carlson said that he did not believe it was fair to compare Putin with Adolph Hitler. To that, Peters argued that Putin similarly “invaded his neighbors, broken the long peace in Europe, assassinates dissidents and journalists — he bombs women and children on purpose in Syria.”

Peters offered to retract the Lindbergh comment before the men continued to argue over the subject. 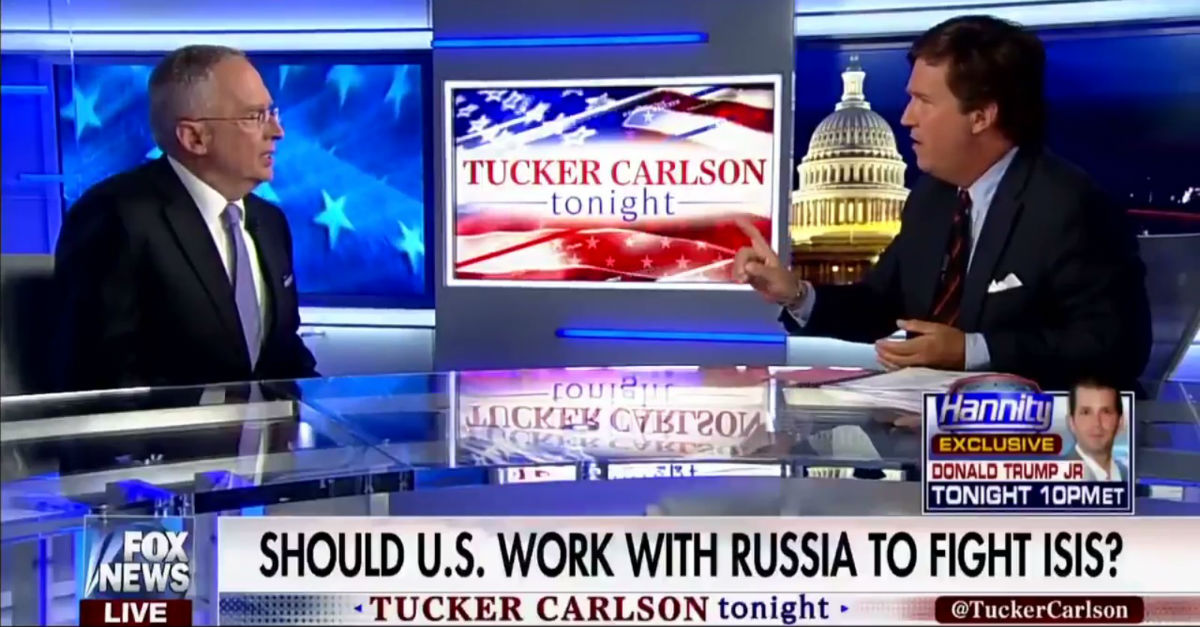