Fox News isn’t catching a break, as another employee is joining a lawsuit over racial discrimination 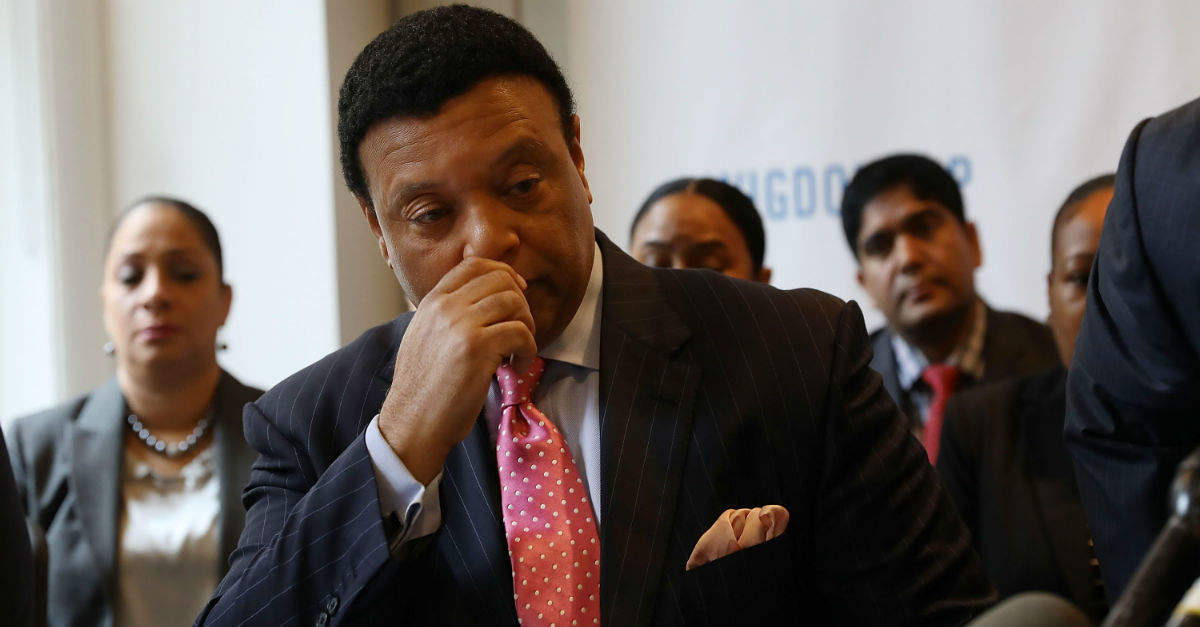 Spencer Platt/Getty Images
NEW YORK, NY - APRIL 26: Fox News anchor Kelly Wright becomes emotional as he joins other current and former Fox employees at a press conference this morning organized by his attorney Doug Wigdor of Wigdor LLP on April 26, 2017 in New York City. Wright, and ten other plaintiffs, filed an amended lawsuit in New York state court in which they claim that they faced years of racial discrimination at Fox. The complaints came less than a week after Twenty-First Century Fox Inc. fired its biggest star, Bill O'Reilly, over sexual harassment claims. (Photo by Spencer Platt/Getty Images)

It appears the tide of lawsuits against Fox News continues to flow in, as yet another employee is preparing to take legal action against the company. Anchor Kelly Wright joined a group that is accusing the network of racial discrimination, reports Business Insider.

Wright’s lawsuit details some of the inappropriate and racially charged comments he endured at the network. He was once told that he had “too much of an afro” and even cited jokes that he dye his hair blond for more airtime. Wright asserts that he was often passed over for promotions, which often went to his white colleagues. He also alleges he was meant to portray a stereotypical “Jim Crow caricature.”

Though Wright had been with the network since 2003, he said, “I could no longer sit in silence, collect my paycheck and act like I didn’t experience racial bias on my own level as an on-air personality.”