Howard Stern was the original shock jock, but White House press secretary Sean Spicer gave him a run for his money this week when he made a factually inaccurate statement about the Holocaust that offended millions of Americans.

Spicer claimed during a press conference that Adolf Hitler didn’t sink to the level of Syrian tyrant Bashar Assad and use chemical gas to kill to his own people. If you haven’t seen the clip yet, here it is.

Stern went off on Spicer during his SiriusXM radio show Wednesday, calling him a “laughingstock” and saying his comment was “crazy.” Stern said President Donald Trump has “got to fire this guy,” before adding that Spicer speaks “fluent moron.”

“Spicer managed to make Assad look good. He actually got him to look not so bad for using chemical weapons on his own people because the discussion became, Sean Spicer, how could you not know that Hitler marched his own people — Jews, gypsies, homosexuals … to concentration camps and turned on chemical gas. It was somewhat remarkable that a guy this high up in the administration wouldn’t know this,” Stern said.

Stern has featured Trump as a guest on his radio show for years. In August 2015, Stern predicted on his show that Trump would become the Republican nominee because “people dig him.” Since the inauguration, however, Stern has said the presidency will be “detrimental” to Trump’s mental health because “he has a very sensitive ego.”

“On both a personal and professional level, that will go down as not a very good day in my history,” Spicer said during a question-and-answer session on a panel at the Newseum in Washington, D.C.,”this was my mistake, my bad, that I needed to fix. I let the President down.” 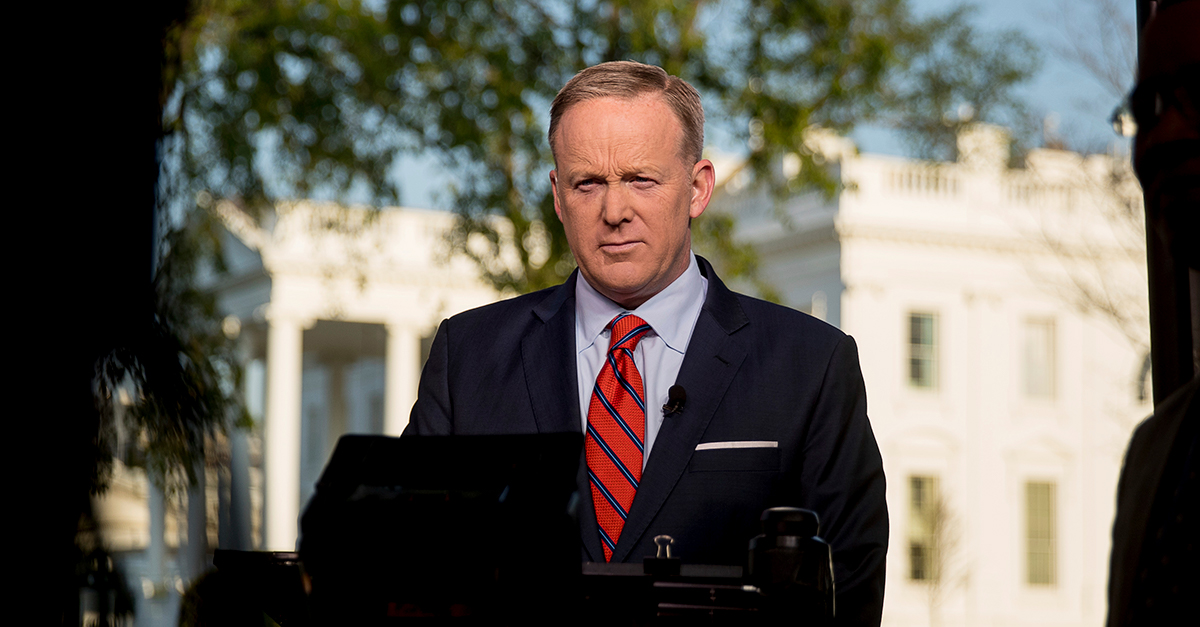