Evancho, who has a transgender sister, Juliet, recently spoke out against the Trump administration’s decision to repeal bathroom protections for transgender students.

Both Evancho sisters were present during a Friday segment of ABC’s “The View.”

RELATED: Robin Roberts couldn’t hold back her tears after a segment on this morning’s “GMA”

When asked why she performed for Trump’s inauguration, Evancho said, “It was for my country and because my president asked me to sing the National Anthem.” Evancho said that the performance was “an honor.”

Evancho’s sister went on to describe her journey, explaining that a previously scheduled gender reassignment surgery had caused her to miss her sister’s performance at the inauguration. She won a preliminary injunction against her school for her right to use the bathroom that coincides with her gender.

Evancho said that she was willing to meet with the president to discuss trans rights and tell him what her own sister has gone through. She revealed on “The View” that she had not heard back from the Trump administration, but that she and her sister were “hopeful.”

The ladies of “The View” said that they reached out to the White House and also had not heard a response. However, they hoped that the Evancho sisters would.

When asked what they would say if Trump were in the room, the girls said that they would want to make him aware of the hardships Evancho’s sister had gone through. 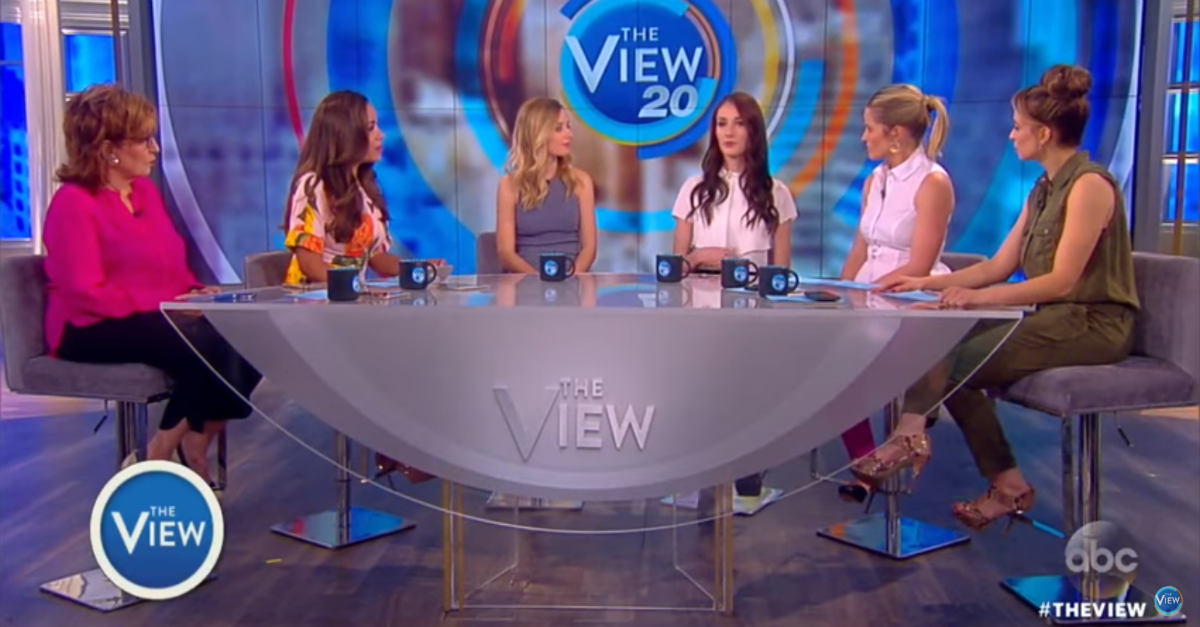