A new co-host has joined “The View” 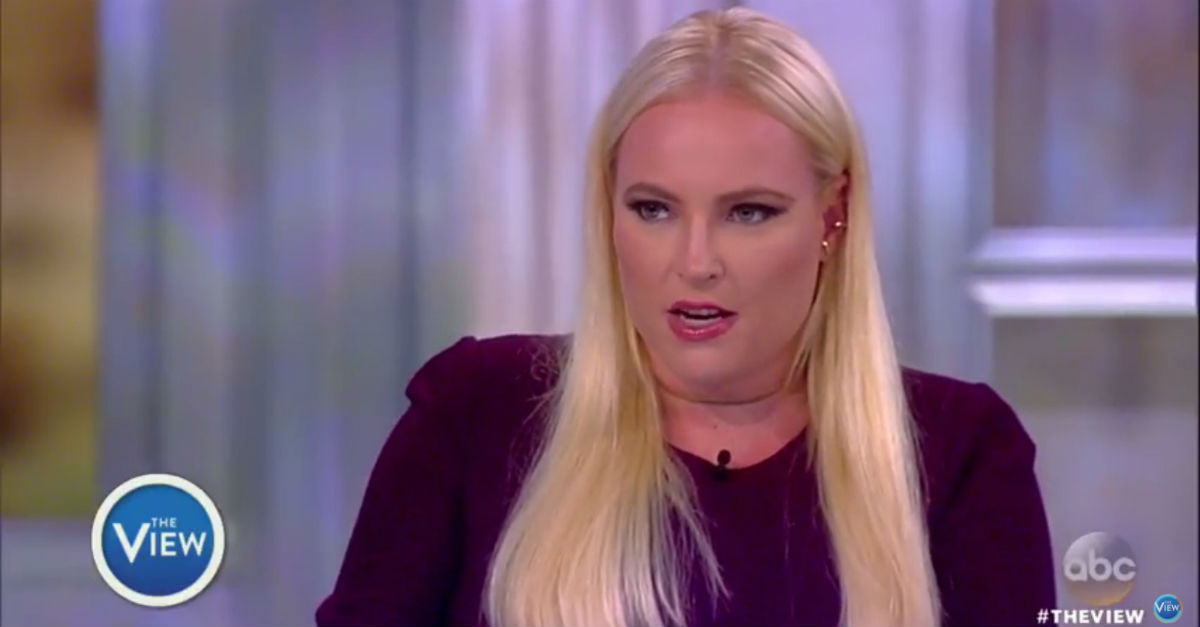 After embracing her new colleagues, McCain began to explain the number of changes she underwent over the summer. Focusing primarily on her father, a tearful McCain said that she didn’t realize the intensity of a cancer diagnosis was until she experienced it with her father. She said that the “doctors and nurses and cancer researchers” were her heroes.

“I am committed until I die to helping solve this,” McCain said.

As she made her entrance, her father tweeted that he was “very proud” of his daughter on her first day at work.

Co-host Whoopi Goldberg responded to the tweet live on air, assuring him that the ladies would take care of his daughter. McCain also spoke highly of Goldberg and her appreciation of all that she’s done for young talent and women.

McCain replaced former co-host Jedediah Bila as the conservative voice on the panel after Bila announced her exit from the show last month. Similarly to Bila, McCain was a member of Fox News’ “Outnumbered” prior to her employment on “The View.”