Alisyn Camerota of CNN’s “New Day” hosted a sit-down between those who supported President Trump in the 2016 election and those who voted against him.

At one point in the interview, one of Trump’s critics reached across the table to propose a change in the way they spoke to each other.

“I don’t know that I’m right. And you don’t either,” said Rev. Dr. Mary Reaman, pastor of the Tree of Life Community.

Reaman said that it was time for people on both sides to have “the humility enough to listen” and learn from each other.

At another point in the video, Christian Tamte, who voted for Democratic presidential nominee Hillary Clinton, said that she believed everyone at the table had something very important in common:

When speaking about generalizations in each other’s views on Muslims, Tamte said, “By the way, both sides of this are fiercely patriotic.”

Tamte added that all Americans have common ground over their for their country.

RELATED: Rep. Maxine Waters took her criticism of President Trump’s administration a step further than most

You can watch more of the sit-down below:

RELATED: A Trump supporter and the protester he punched appeared in court, and their meeting drew applause 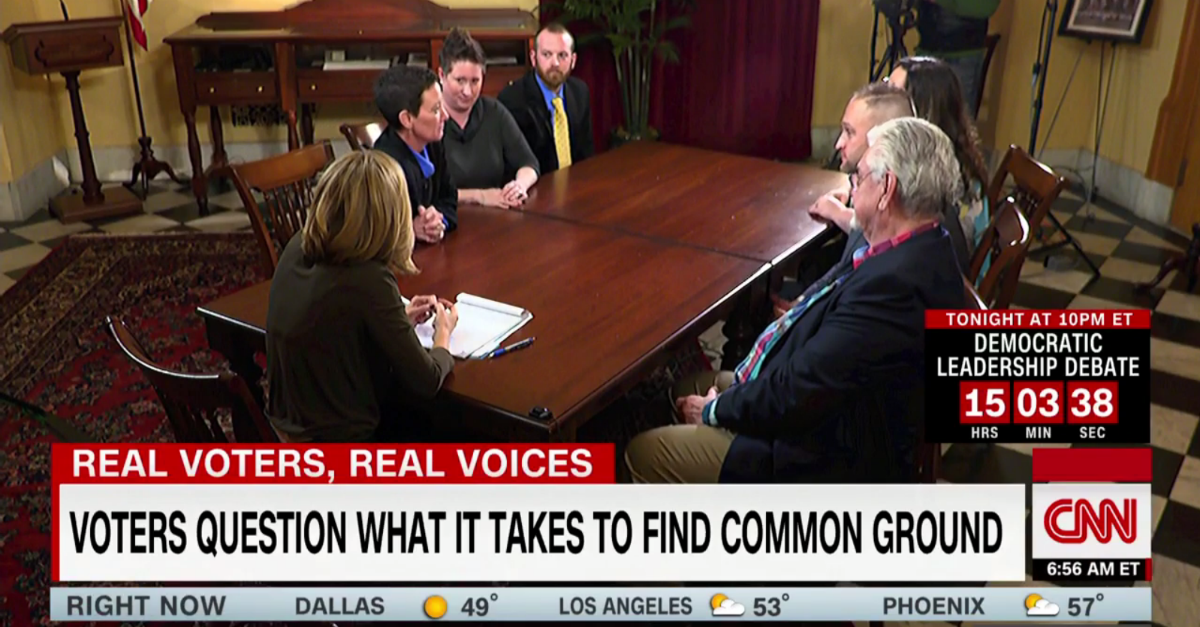