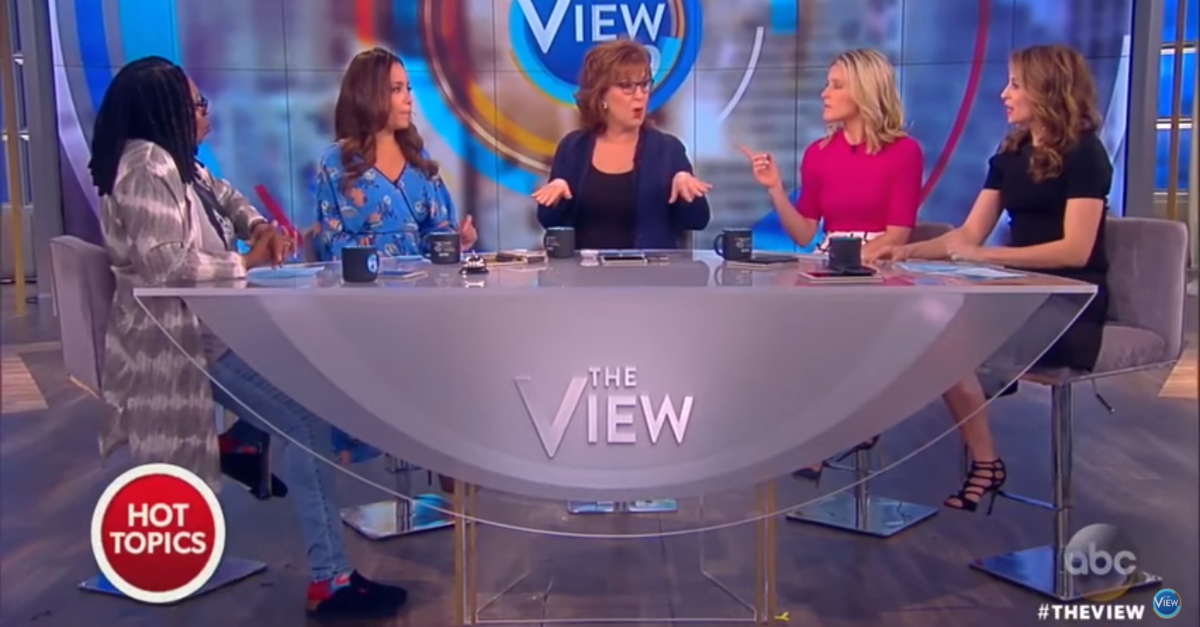 Students at the historically black Bethune-Cookman University in Daytona, Fla., protested as Secretary of Education Betsy DeVos gave the commencement address during their graduation ceremony. Students stood and turned their backs on her while attempting to drown her out with boos.

The ladies of ABC’s “The View” reacted to the chaotic scene.

Whoopi Goldberg said that the students “did what you’re supposed to do” by protesting instead of trying to shut down her appearance beforehand. Goldberg, as well as the rest of the co-hosts, has previously stated her support for protesters voicing their disagreement instead of trying to cancel an event.

“You’re not supposed to say, ‘You can’t come,’ but you’re allowed to protest,” she said.

“It read as disrespectful to me,” Jedediah Bila replied. Bila reminded the ladies that she argued against DeVos’ confirmation, but said that the way the students went about protesting was “rude.”

Joy Behar said that the students turning their backs to DeVos was “perfectly legitimate” but that the shouting drowned her out.

“I didn’t need the booing,” she said. “The booing defeats the purpose of hearing the crazy stuff she’s going to come out with.”

RELATED: Alveda King has some strong words for the students who protested Betsy DeVos

Sarah Haines agreed with Behar for the sake of the family and friends who attended just to see their children graduate. Haines also quoted a tweet from Dr. Michael Lomax, president of the United Negro College Fund:

I believe we should hear Secretary DeVos at @bethunecookman, just as we want her and President Trump to hear the voices of #HBCUs. @usedgov

Goldberg said that the administration hadn’t listened to students at HBCUs (historically black colleges and universities), which is why they booed in the first place. She reminded the ladies that DeVos once said that HBCUs were among the first examples of school choice in America, though many of them came about in response to segregation.