Fox News’s Tucker Carlson criticized Alabama senatorial candidate Roy Moore’s invocation of God while speaking on the allegations of sexual misconduct against him.

Moore was accused of sexual misconduct by five women over the past week. One accuser said Moore touched her over her underwear and tried to force her to touch his genitals when she was 14 and he was 32. The other accusers were “between the ages of 16 and 18, and [Moore] was in his early 30s.” Following the accusations, Moore tweeted the “forces of evil” were in a conspiracy to “silence and shut up Christian conservatives” like himself.”

Carlson mentioned the allegations on his show, noting that some of the women accusing Moore of “appalling acts” were liberals. In fact, at least three of the women are registered Republicans and at least two confirmed that they voted for President Trump in the 2016 election.

“He’s claiming to be a victim of bigotry. That’s what demagogues do when they’re cornered. That’s what Al Sharpton does,” Carlson criticized.

Addressing Moore’s tweet, Carlson declared, “What he’s not allowed to do is drag God into this” as God was not being accused of “trolling for teenagers in shopping malls.” He was referencing a report in the New Yorker from locals that claimed Moore was banned from a local mall “because he repeatedly badgered teen-age girls.”

“This is not about Christianity, this is about Roy Moore. And it discredits Christianity when Christians allow Moore to use his faith as a shield. It’s offensive to real believers,” he added.

Moore’s not the only one whose use of religion to address the allegations attracted swift rebuke. While speaking with the Washington Examiner, Alabama State Auditor Jim Ziegler compared Moore’s alleged actions to a biblical relationship.

“Also take Joseph and Mary. Mary was a teenager and Joseph was an adult carpenter. They became parents of Jesus,” he argued.

Critics were quick to remind Ziegler that the Bible did not specify Mary’s age, while several in the evangelical community made it clear that “Christians don’t use Joseph and Mary to explain child molesting accusations.”

Following the revelations of Moore’s of inappropriate conduct, several of his would-be colleagues asked that he “step aside.”

RELATED: Roy Moore just lost a big vote of confidence from Trump’s White House — here’s how it went down 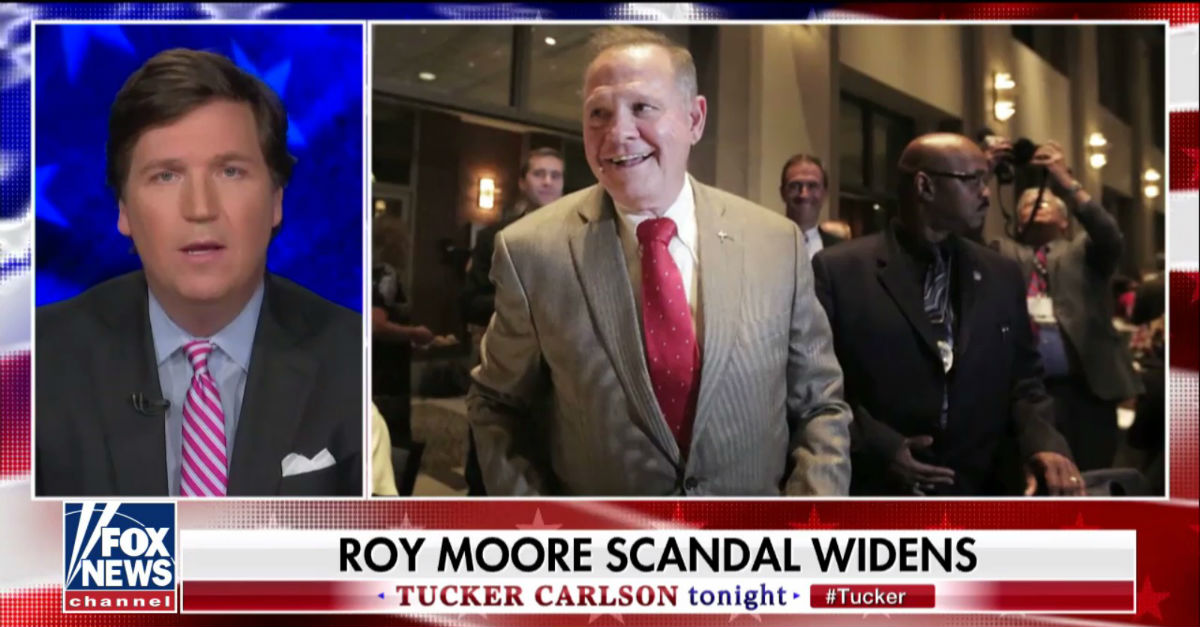