Shia LaBeouf’s “he will not divide us” webcam has been shut down in the wake of violence that occurred in front of the video feed.

The camera, which the actor said he intended to keep running for as long as Donald Trump is in the White House, was mounted on the wall of The Museum of the Moving Image in New York City.

Shortly after the exhibit opened, the museum released a statement saying that “the response to the work has been overwhelmingly positive from the millions of people who have experienced it either in person or online.” Supporters have been flocking to the spot since it began running on Inauguration Day.

On Jan. 25, LaBeouf was arrested after he allegedly was involved in a “physical altercation” with a Trump supporter who showed up to protest the webcam. TMZ reported that the New York Police Department maintained a presence near the video feed in anticipation of possible violence that might unfold.

The museum where the webcam is mounted announced that they were removing the livestream because it has become a “flashpoint for violence.” Early Friday morning, LaBeouf tweeted that “the museum has abandoned us.” 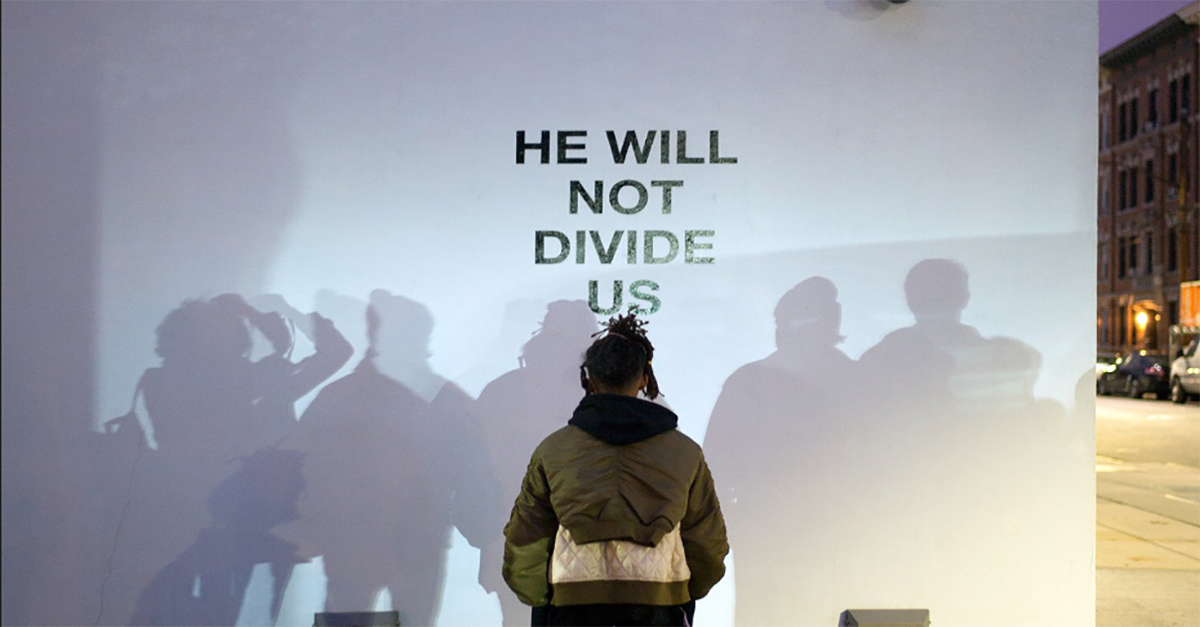