One lightning strike was all it took to effectively destroy an entire apartment by exploding a pipe and flooding the entire residence.

Sean Malone posted numerous pictures on Facebook to show “what happens when lightning destroys your house.” Prepare yourself for soaked drum sets, keyboards and numerous other instruments, collapsed ceilings, ruined staircases and floors and a hole in the roof.

This ceiling has given up on life

Oh, no! Not the instruments!

The stairs and floors…

RELATED: An evening run led to a tragic discovery after a lightning strike cut this woman’s hike short

That… that left a mark.

Malone posted some words on Facebook about what happened.

“Today, a lightning bolt blew a hole in the roof of our apartment, ultimately causing the sprinkler pipe to explode. That pipe flooded our house, starting with, of course, my office. Where all the expensive and important stuff is,” he said.

“It’s been a fun day,” he continued, probably sighing. “So obviously, we can’t live there for a while, and our week just got a lot worse.” 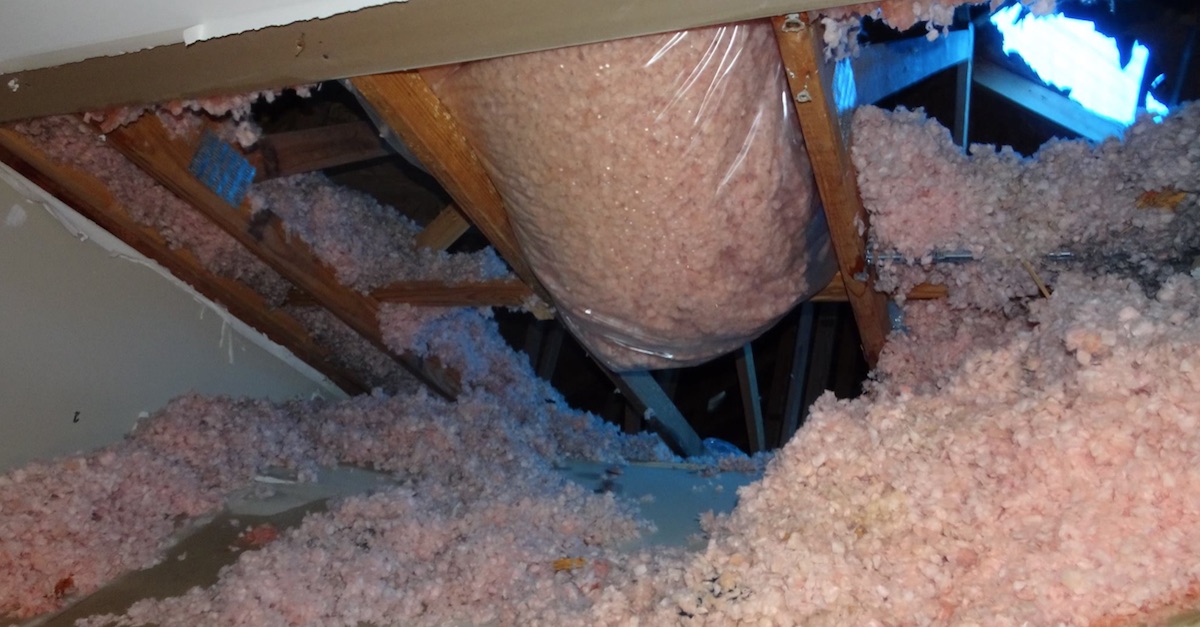