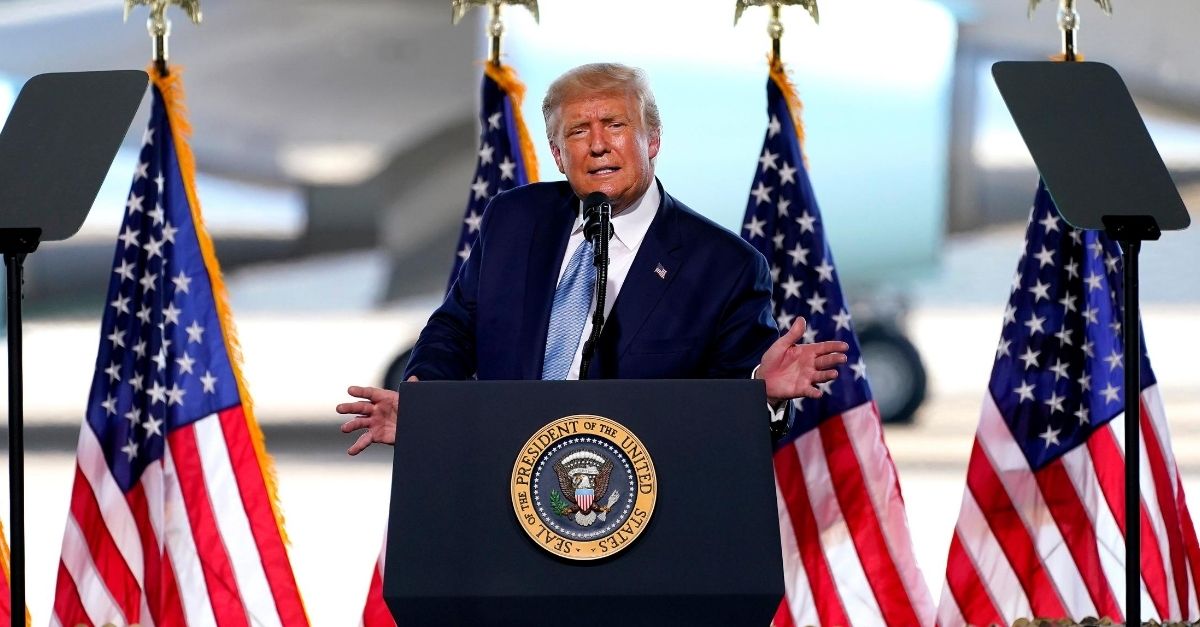 President Donald Trump is urging consumers to stop using and purchasing Goodyear Tires, claiming that the company has banned their employees from wearing his Make America Great Again, also known as MAGA, hats. On social media, the President of the United States tweeted “Don?t buy GOODYEAR TIRES – They announced a BAN ON MAGA HATS. Get better tires for far less!? He also noted that he was taking a page from ?Radical Left Democrat,” adding, “two can play the same game, and we have to start playing now!?

President Trump’s tweet came just after a report by WIBW-TV located in Topeka, Kansas, saying that some employees at the Goodyear plant were told by the American company that they had zero tolerance for wearing clothing with any political message. Those messages reportedly included any MAGA attire, as well as any clothing and political attire with phrases like Blue Lives Matter and All Lives Matter. According to the training slideshow by the NBC affiliate, the company which, is known all around the United States, said that some political affiliated slogans are acceptable, including LGBT Pride related messages and Black Lives Matter.

Don’t buy GOODYEAR TIRES – They announced a BAN ON MAGA HATS. Get better tires for far less! (This is what the Radical Left Democrats do. Two can play the same game, and we have to start playing it now!).

This isn?t the first time Trump, who follows the Republican party, has called out a business saying they were biased against him. He has complained and threatened several companies including Toyota, Twitter, and Amazon. At the same time, several experts say consumers have now grown increasingly motivated to buy from companies that align with their personal beliefs. This according to the consulting firm Accenture which recently found out that almost two-thirds of Americans say they’re purchasing behaviors are now swayed political issues going on in the United States.

Yesterday, Goodyear became the focus of a conversation that created some misconceptions about our policies and our company. Goodyear has always wholeheartedly supported both equality and law enforcement and will continue to do so. pic.twitter.com/oO6jUg2rTR

Watch: Michelle Obama Urges Americans to ?Vote for Joe Biden Like Our Lives Depend On It?