In February, charges were levied against 27-year-old Nebraska teacher Emily Lofing after she was accused of having sex with one of her 16-year-old students. Lofing, who is married, faced a misdemeanor charge of debauching a minor and on Monday was sentenced to 90 days in prison. According to WOWT, she could be released in 53 days on good behavior.

RELATED: A teacher in her fifties who had sex with a student actually said he fooled her with his “used car salesman” skills

In Nebraska, the age of consent is 16, and Lofing reportedly had sex with the student on his 16th birthday. Her attorney said that the incident was the result of a mental breakdown. The judge noted, “You were less than 24 hours from a felony here.” WOWT reports that Lofing will be on probation for two years after she is released; she pleaded no contest.

RELATED: A private school teacher in Kentucky was allegedly giving a student private lessons in sodomy

The mother of the student reportedly wrote an email to the Weeping Water School District, where Lofing formerly taught, saying that she believed there may have been a sexual relationship between her son and the teacher. The language arts teacher moved to the Nebraska City School District, where she completed just over half the 2016-2017 school year. Lofing resigned in February, after the allegations came to light. According to the Omaha World-Herald, Lofing met the student for sex in July, and when officials at Nebraska City discovered the allegations, she was placed on administrative leave. 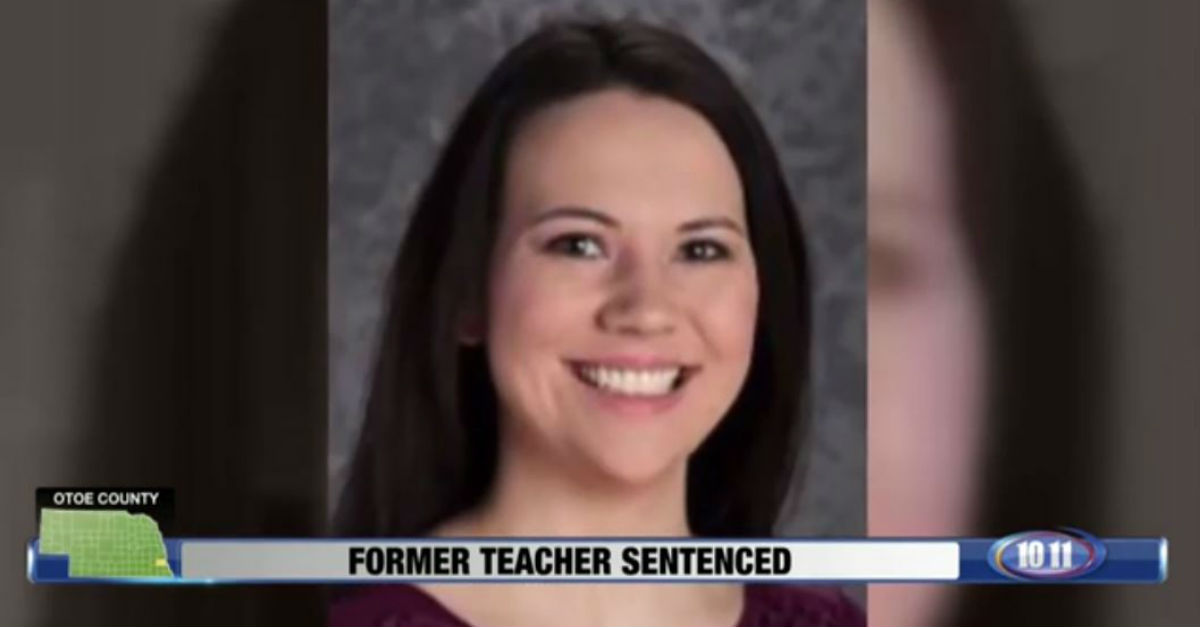