A California restaurant manager was put into a coma after he refused to give two men free pizza. Police found the 33-year-old victim, identified as Thunder Burgrz & Pizza manager Garret Peterson, beaten unconscious on a street nearby the restaurant.

The incident occurred over the weekend after Peterson refused to give two men a free pizza. The suspects then allegedly waited outside of the establishment until Peterson went out for a break, grabbing him and pulling him into an alley, where they proceeded to beat him up.

RELATED: An NYPD officer convicted of raping girlfriend’s teen daughter was given a shocking sentence

A security guard told CBS2 that he saw Peterson lying on the ground after the altercation and rushed over to help.

“When I got up there, I saw Garret was already laid out,” he said. “One of the guys that was involved was trying to walk away so I grabbed him.”

Meanwhile, police were also responding to the incident and arrested the two suspects, identified as 21-year-old Bryce Anthony Mezich and 22-year-old Austin Wright Callan. Mezich faces charges for assault with serious bodily injury and fighting in public, while Callan was only charged with fighting in public.

Peterson was rushed to the hospital with severe injuries, and he is reportedly still fighting for his life. Friends have set up a GoFundMe page for him in an effort to help cover his medical and rehabilitation expenses.

Man left with severe brain injuries after being beaten unconscious for refusing to give men free pizza https://t.co/E1RvKTBGo3 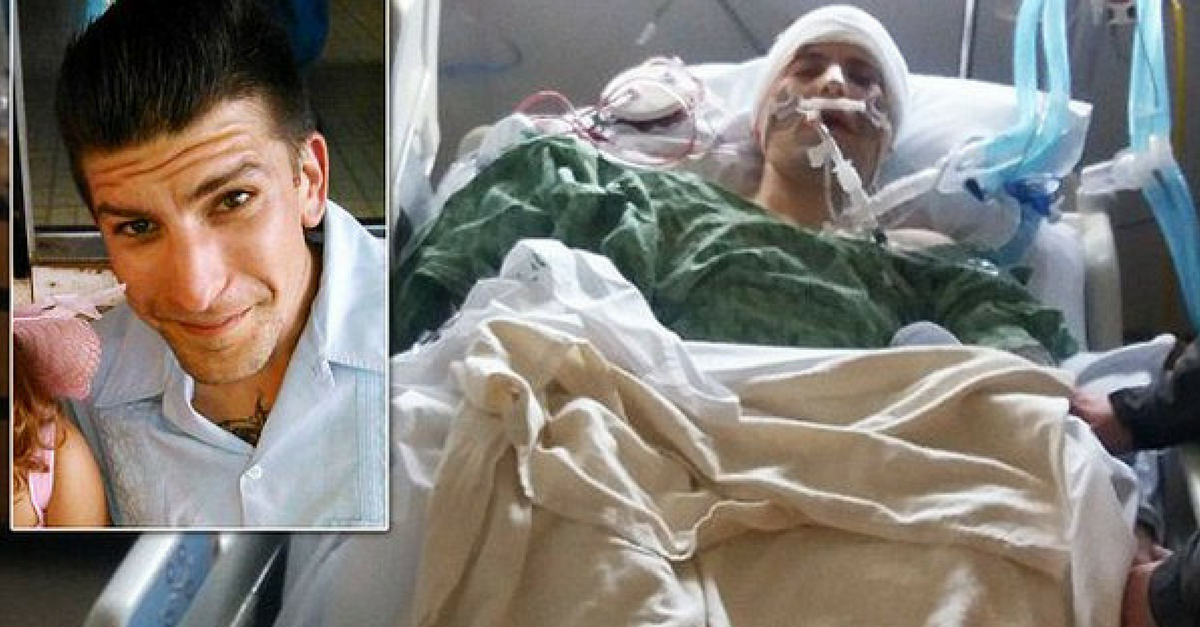