Family members say a 15-year-old girl was “repeatedly” raped by two men who worked in the psych ward as she sought treatment for suicidal thoughts at a Memphis hospital.

Two employees of Saint Francis Hospital — named as Nigel Johnson and Jarvis Beck — have been arrested and charged with statutory rape by a person in a position of authority. Parke Morris, an attorney for the victim, alleges that the pair “took turns” on her and there is “reason to believe” there are more victims.

RELATED: Accused child rapist who would “rather die than go to jail” attempts to do just that

Current and former employees told WREG that they witnessed “inappropriate interactions” that they reported to hospital management, and that the understaffed hospital granted an “opportunity” to the men. 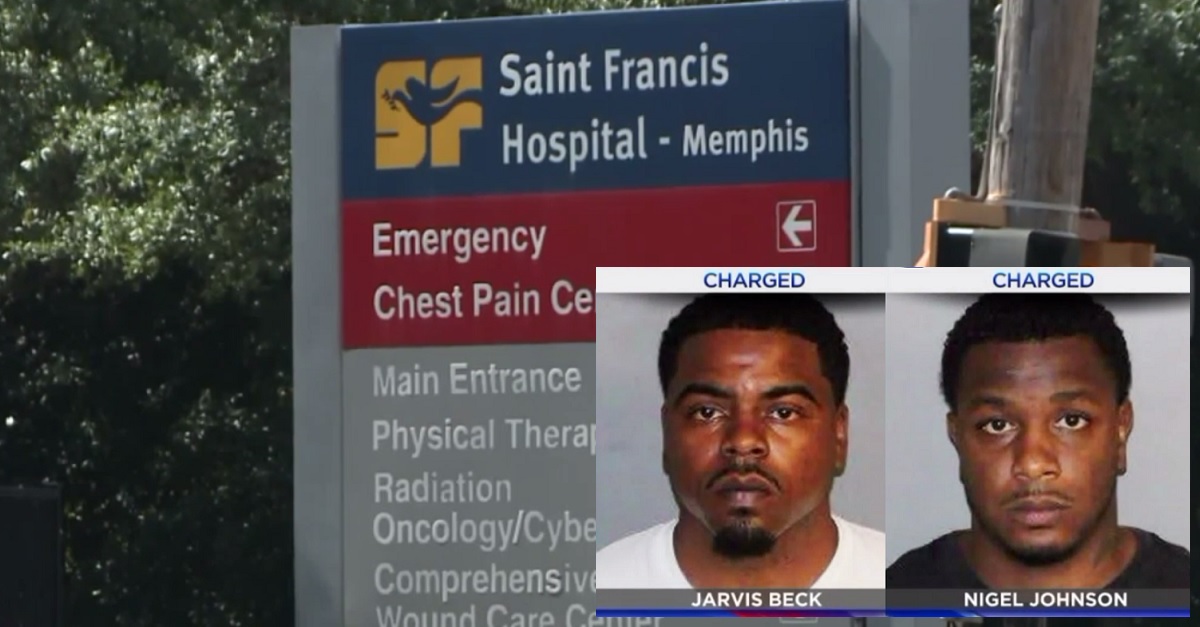