Menu
Follow us
Search
Menu
Search
The Hill/screenshot, People walk past a public TV screen showing a file footage of North Korean leader Kim Jong Un during news on North's missile launch, in Tokyo, Friday, Sept. 15, 2017. North Korea fired an intermediate-range missile over Japan into the northern Pacific Ocean on Friday, U.S. and South Korean militaries said, its longest-ever such flight and a clear message of defiance to its rivals. (AP Photo/Eugene Hoshiko)

President Donald Trump’s speech at the United Nations on Tuesday featured a can’t-miss moment that has everyone talking: he used his newly-minted “Rocket Man” nickname for North Korean leader Kim Jong-un.

Oh, to be a fly on the wall wherever Kim was the moment Trump tested out the nickname at the U.N., while also issuing a warning about the North Korean leader’s “suicide mission for himself and his regime.”

The president said, as Secretary of State Rex Tillerson and Ambassador to the United Nations Nikki Haley looked on, that if the United States is forced to defend itself, “[it] will have no choice but to totally destroy North Korea.”

After this, Trump deployed the “Rocket Man” nickname he first used on Sunday.

“Rocket Man is on a suicide mission for himself and for his regime,” he said. “If the righteous many do not confront the wicked few, then evil will triumph.”

“Rocket Man” is the latest of Trump’s derisive epithets, of which there have been many. There’s “Crooked Hillary,” “Lyin’ Ted,” “Crazy Bernie,” “Goofy Elizabeth Warren,” “Low-energy Jeb” and “Little Marco,” to name a few.

The president put the “Rocket Man” nickname out on Twitter at 7:53 a.m. on Sunday.

“I spoke with President Moon of South Korea last night. Asked how Rocket Man is doing. Long gas lines in North Korea. Too bad!” he tweeted. 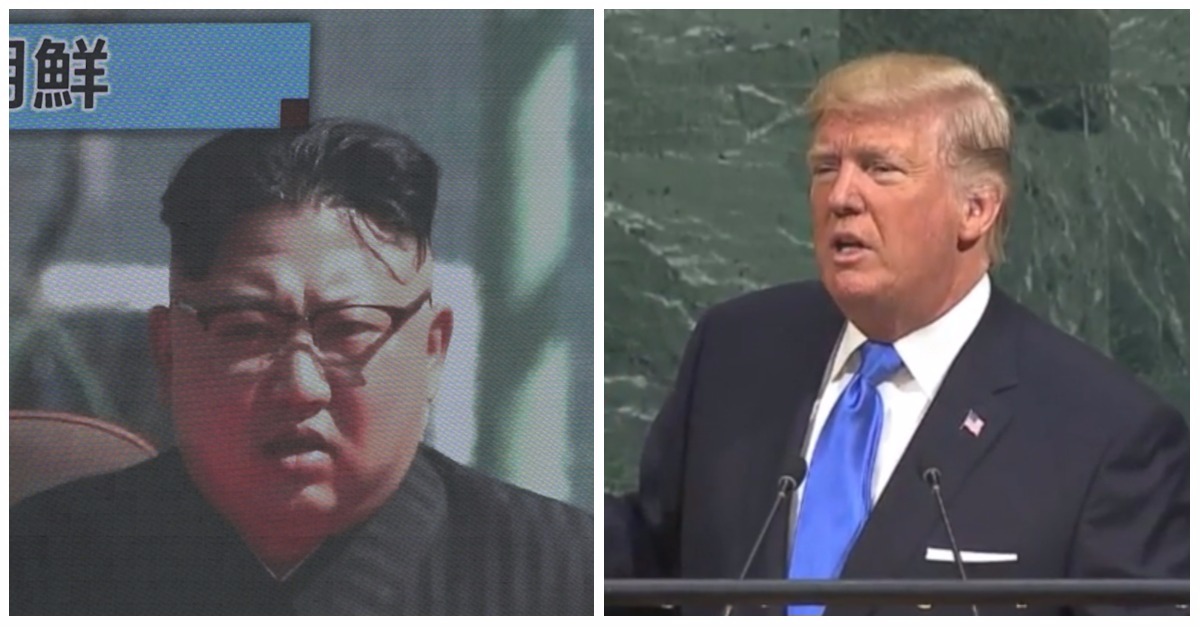