Charlie Gard, the 11-month-old British baby with a rare mitochondrial disease, remains a prisoner of doctors at Great Ormond Street Hospital (GOSH) in London who have blocked his parents from seeking treatment outside their country’s National Health Service. But on Thursday there was a breakthrough. According to reporting from Claire Chretien at LifeSiteNews, a New York doctor testified that if he could treat Charlie, the chance of recovery ranged from 10 percent to 56 percent. It was a direct challenge to GOSH’s legal team, which has insisted that Charlie is doomed, and it sent a ripple through the courtroom, according to one witness.

The doctor may now be brought to London so he can examine Charlie, which could prove a game-changer. Still, you can understand why Charlie’s parents Chris and Connie stormed out of the courtroom after the judge in the case allegedly mischaracterized a prior statement Chris had made. For them, these proceedings must come off as farce. Imagine watching lawyers quarrel and a judge scratch his head over the issue of whether you’re allowed to take your son home and try to save his life.

That’s the cruel pickle they find themselves in thanks to the god-playing medical experts at GOSH, who insist they know better, and the crossed-armed British and European legal systems, which have repeatedly ruled against them. GOSH contends that further treatment could subject Charlie to pain and by preventing that they’re acting in the baby’s interest. Try though I might, I can’t fathom the twisted logic that holds it’s better for a baby to die rather than possibly hurt a little and live, maybe even recover. GOSH stands to lose nothing from freeing Charlie—his parents have made all the arrangements and British taxpayers won’t be on the hook for his treatment—yet their staff still stands obstinately in scrubbed phalanx, refusing to let the child go.

RELATED: Why can’t Charlie Gard’s parents make their own decision about their son’s care?

Forget next-of-kin issues: This isn’t like the Terry Schiavo flap where different relatives were demanding different outcomes. Forget, too, at least for a moment, the medical science, British and European law, muscle damage, brain damage. Forget all that and consider Charlie’s plight broadly. What this case is about at its most elemental level is whether an ailing baby’s fate is more properly decided by his parents or his government caretakers. Of course, there are instances when the courts can remove children from their mother’s and father’s care—when they’re abused, for example, or neglected—but this isn’t about custody law. Charlie’s parents aren’t trying to hurt him; they’re trying to save his life.

Progressives like to maintain that raising a child is a collaborative process that “takes a village,” with the parents just one necessary agent alongside state-administered schools, daycare centers, hospitals and so forth. Conservatives tend to believe those institutions are ancillary and that the responsibility falls primarily on the family. Now the two have come into clash with each other over the highest-stakes question of whether a child should have a chance to live. Rarely has the state-versus-family dynamic been encapsulated so starkly as in the case of Charlie Gard.

RELATED: When government says your baby has to die

And there are plenty who openly align with the former. “All the medical experts at Great Ormond Street are, partly by the exigencies of law, now ranged against the family,” writes Zoe Williams at The Guardian. In contrast, their opponents are merely trying to “establish pro-life credentials on the widest possible stage” and exercise “the right of ideologues to leverage parental distress in the service of a theology that cannot alter the course of this disease.” The preference for life, codified in the U.S. Constitution and undergirding much of Western civilization, is now the feverish province of quacks and charlatans. Fleeting authoritative judgments supersede foundational ideas. The government experts say Charlie Gard must die and they know best.

Except the experts don’t even say that anymore, at least not all of them. The trial will continue next week and the American doctor, just revealed as Michio Hirano of Columbia University, will return to court—thank God. But how halting that any victory will come courtesy of other distant men with degrees and not from a mother’s essential desire to save her son’s life. 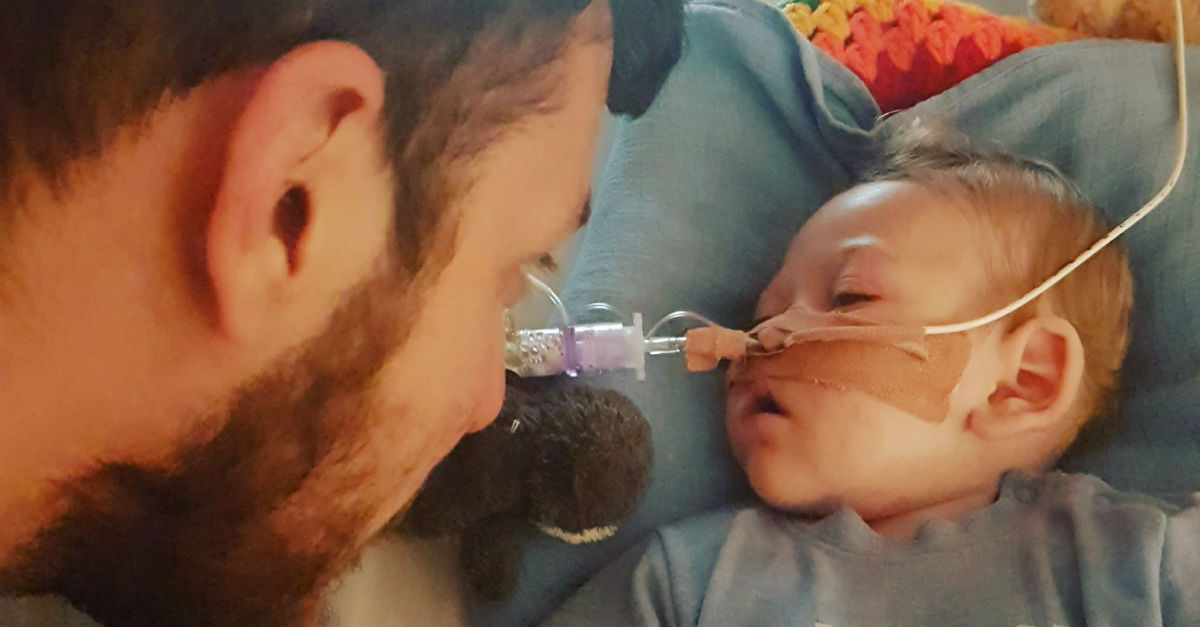