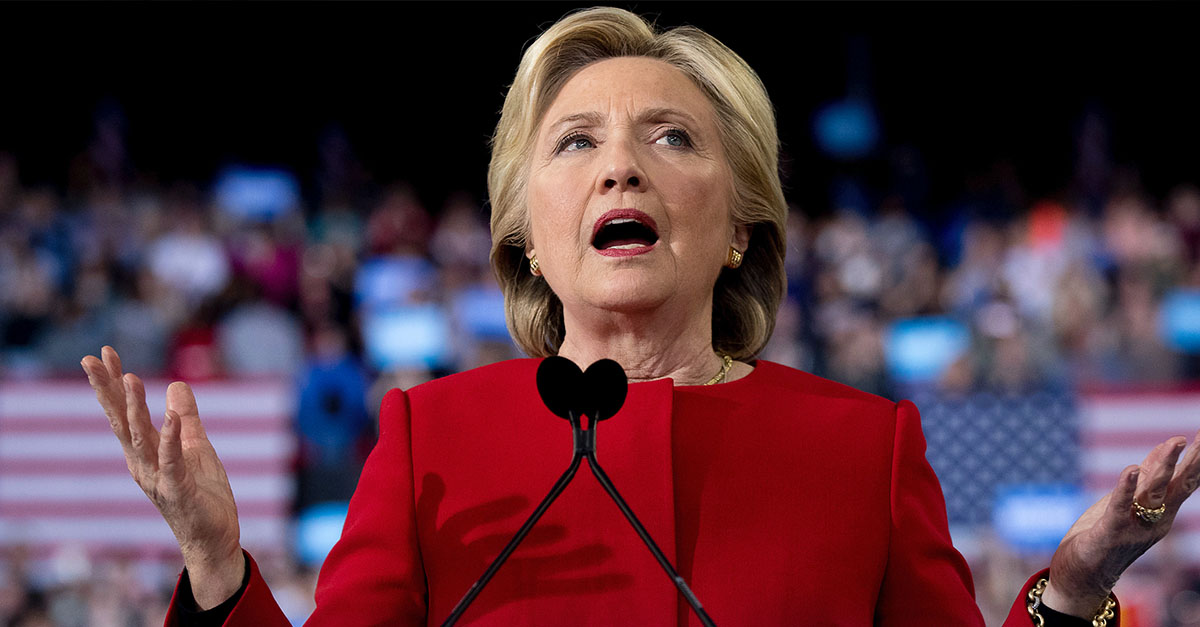 Since Hillary Clinton’s post-election memoir “What Happened” hit bookshelves, the former presidential candidate has been on a seemingly never-ending blame tour. The book reads as a cathartic release for the lifelong politico who lost to former Democrat, former friend and former reality TV star Donald J. Trump. It names a long list of people and situations who, from her point of view, are at fault for her loss. Bernie Sanders, her email server scandal, sexism, Barack Obama, the New York Times  — you name it — and Clinton has probably pointed her finger.

All of these blend together into a portrait of a campaign that couldn’t quite make it and a politician whose life’s work culminated in defeat on the night of Nov. 8, 2016. It’s been nearly a year since that loss, and Hillary seems eager to blame others to ease her sense of bewilderment over the unexpected turn of events. She wants to involve the country in it all over again for her own sake.

RARE POV: Hillary Clinton?s book tour: Another exercise in blaming everyone but herself

Worst of all are Clinton’s mentions of sexism, which she blamed for her defeat in a recent New York Times interview.

?This has to be called out for what it is: a cultural, political, economic game that?s being played to keep women in their place,? Clinton told the Times. ?It?s difficult for me to see my story as one of revolution,? she said. ?But I was part of the women?s movement that led to a revolution not just in laws, but in attitudes and doors that had been closed to young women opening.?

?I?m also conscious of the continuing double standard,? Clinton added. ?I have to be better than everyone; I have to work harder.?

Sexism certainly exists, even in 2017, but it was not the reason for Clinton’s loss. Not even close.

Clinton herself has been an attorney, first lady, senator from New York, secretary of state, and presidential candidate. Sexism hasn’t and isn’t holding her back. In fact, once the votes were all counted from the election she came out with approximately 3,000,000 more votes than her opponent. The Electoral College ? not some patriarchal oppressor ? saw to it that Donald Trump won.

Hillary’s message — in the midst of all the blame and outcry — is that women are neither strong enough nor empowered enough to run for political office and they can always blame misogyny whenever an outcome isn’t to their liking. This supposes that women can’t play in the big leagues surrounded by men and accept the results of their efforts, whatever they might be.

As the first female presidential candidate of a major political party, Clinton is setting a bad post-election example. It’s understandable that a loss hurts, but the public nagging tour and the assignment of blame where it doesn’t belong make women look bad. Instead of advancing the cause of women in politics, Hillary Clinton is setting it back with her lack of self-awareness, inability to accept the results, and obsession with gender. Future female presidential candidates should take notes and do the opposite.