Millennials may have deviated from their elders on social issues like same-sex marriage and the legalization of marijuana, but individuals between the ages of 18 and 29 were only 1 percentage point more likely to support stricter gun laws than the total national average of 57 percent.

“Sometimes people surprise us, and this is one of those instances that we don’t know why,” Frank Newport, the Editor-in-Chief of Gallup, told NPR. “Young people statistically aren’t that much different than anybody else.”

Additionally, a poll by the Pew Research Center in 2017 had similar results: 50 percent of millennials said gun laws in the U.S. should be more strict. According to Kim Parker, the director of social trends research at Pew, that result is nearly identical to the general public as a whole.

While Pew did find differences between millennials and older generations on banning “assault-style” weapons and “high-capacity ammunition magazines that hold more than 10 rounds,” the Pew poll indicates that millennials are more conservative when it comes to bans related to those issues compared to Generation Xers and baby boomers.

RELATED: Florida lawmakers vote to allow armed teachers and raise age to buy guns but reject a ban on assault weapons like the AR-15

“What we’re hearing now in the immediate aftermath of Parkland might not be representative of what a whole generation feels,” Parker says.

Jordan Riger, treasurer of Students for the Second Amendment at the University of Delaware, says she sees firearms as tools for self-defense. However, Riger says she thinks many of her college peers don’t.

“We are living in a time right now where we’re seeing a lot more of these mass casualties,” Riger said. “I think when people don’t know that much about firearms, when they see it on the news used in horrible fashion, that’s like all they associate it with.”

Jordan Stein, Communications Director for firearms advocacy group Gun Owners of America, told Rare that he’s not surprised by the results of the poll, and encourages college students to exercise their Second Amendment rights.

“Gun Owners of America believes that many millennials are coming to realize the value of Second Amendment rights,” he said.

“Many young men and women see the importance of carrying a firearm for self-defense,” Stein continued. “They are a premier example of millennials being active in the movement for the right to keep and bear arms.” 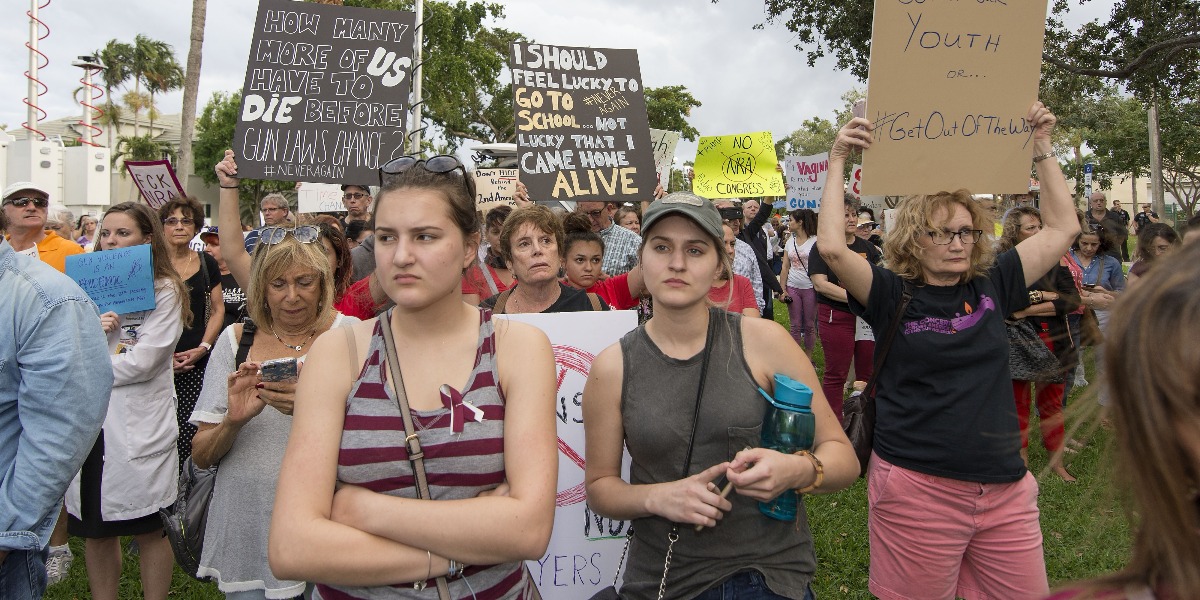