A sadist, not a sheriff 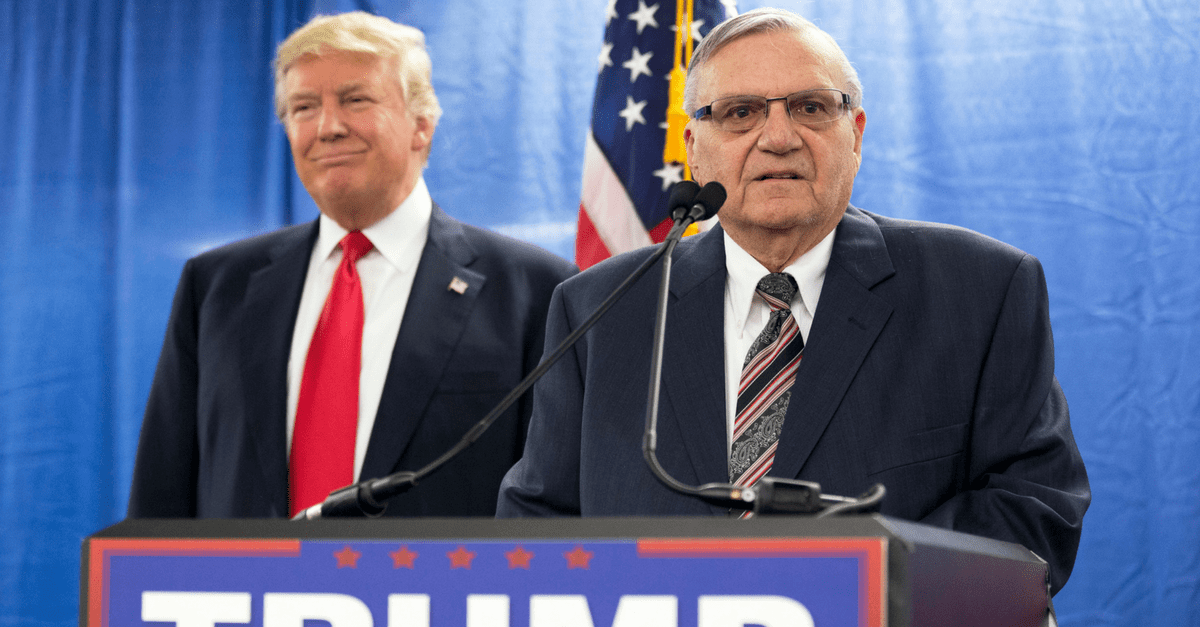 In a way, it was fitting when CNN interrupted its Friday evening coverage of a colossal storm to focus on Donald Trump’s pardon of Joe Arpaio. At that point Hurricane Harvey had yet to kill anyone, which is more than you can say about the heinous former regime at the Maricopa County jails. Arpaio, the man who presided over that system for 24 years, is a venal toad and exculpating him is one of the worst things Trump has done in his presidency so far. Liberals fetishized “Uncle Joe” Stalin during the 1940s; now conservatives have lionized “Sheriff Joe” Arpaio, an act of willful blindness that differs only in degree.

Before you accuse me of hyperbole over that last statement, consider that Arpaio himself quipped that his own Tent City jail was a “concentration camp.” The most jarring word in that sentence isn’t even “concentration” but “jail,” which, it’s easy to forget, is what Arpaio was supposed to be running. Most of those held in Tent City had been convicted only of minor crimes requiring less than a year of incarceration, yet Arpaio subjected them to his own sadistic reenactment of Wild West justice all the same. Here’s what it meant to be “tough on crime” in Maricopa County:

Inmates in the Tent City jail were regularly exposed to extreme desert temperatures in both the summer and winter, without air conditioning or heat, respectively. They were served only two cheap meals a day and deprived of even the flimsiest luxuries, from newspapers to coffee to cigarettes. A federal judge ruled that the medical care was so shabby as to be unconstitutional. The suicide rate among inmates was astronomically high.

RARE POV: Donald Trump was wrong to pardon Sheriff Joe, one of the most corrupt lawmen in America

We humans are impressionable creatures. It takes only a command from an authority figure to unleash our inner sadists, as anyone familiar with experiments involving electric shocks and actors in chairs well knows. For Arpaio’s staff — who routinely called prisoners “wetbacks,” “Mexican bitches” and “fucking Mexicans,” according to the Justice Department — the tone was set at the top. Arpaio’s dehumanization of his inmates, expressed both in the conditions at his jail and during his media interviews, signaled to his subordinates that brutality against inmates was okay. His defiance of several court orders against him telegraphed that the law was only what his lawmen determined it to be.

Max Weber’s argument that the state must have a monopoly of the legitimate use of physical force only works if the agents of that state are restricted from employing force unless it’s absolutely necessary. That’s why the U.S. Constitution shackles government from using violence under a plethora of circumstances. Among its proscriptions is the Eighth Amendment, which bans the use of “cruel and unusual punishment.” Yet despite Arpaio’s clear violations there — in 2003, his tent city got so hot that inmates said their shoes were melting — he skated by, personal accountability be damned. It was the taxpayers who paid his penalties, not him. He wasn’t “tough on crime”; he was sadistic toward those who had yet to be convicted of crimes, both illegal immigrants and citizens as American as himself.

So why have conservatives embraced this doddering dictator? Part of it, I think, is because they aren’t fully acquainted with his record, familiar only with the chain gangs and pink underwear, measures whose punitiveness seems dwarfed by the massive problem of illegal immigration. But another reason seems to be that conservatism’s “law and order” strand is totally misnamed. Rather than apply the law to everyone, it reflexively defends the police even when they’ve committed clear legal infractions, creating an elite caste that’s exempt from the statutes it’s supposed to be enforcing. Asked to hold men like Arpaio accountable, this branch of conservatism suddenly goes bleeding-heart, excusing officers under difficult circumstances and blaming everyone but the offenders.

So the man who makes David Clarke look like a Jesuit is, to use Bill Ayers’ words, “guilty as sin, free as a bird.” As Kevin Boyd wrote for Rare last weekend, Trump’s pardon sends a clarion message to every bad cop in America: abuse at will. The most powerful man on earth will stand behind you.