It’s always fun to banter with your co-workers, but everyone knows you have to be careful not to get caught being too risque with a joke. You’d think that would go double for a TV news crew, given that they’re often live on the air, but apparently this BBC weatherman didn’t get the memo.

RELATED: A fan proposed to his girlfriend at a basketball game, but his handle on the ring was a bit too loose

The anchor, seguing into the weather forecast, makes a statement on how he’s sure the weatherman’s predictions will be totally accurate, no slip-ups or bad calls here. Clearly, he’s being sarcastic. The weatherman, in turn, responds by quickly flipping the anchor the middle finger. However, he didn’t realize that he was already live on camera until after he had made the gesture. He panics, shifting his hand to his face and scratching his chin in the blink of an eye, but it’s already too late; the bird flip was clear and emphatic.

Nice try being slick, Mr. Meteorologist, but we know what we saw. 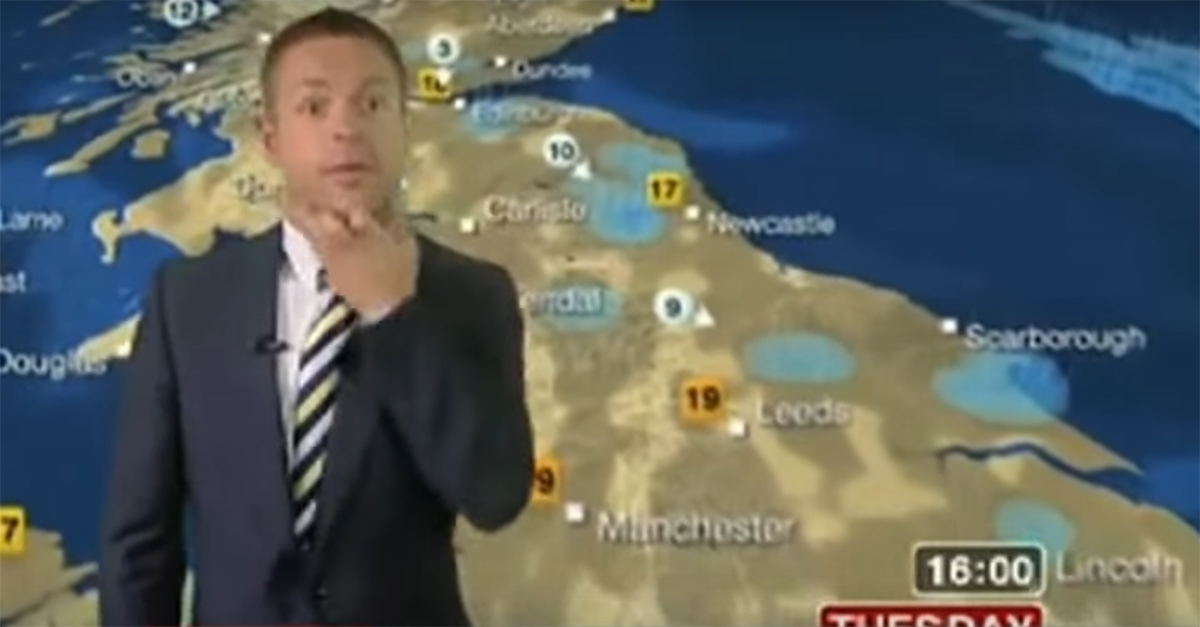