Here’s why conservatives shouldn’t give up on academia 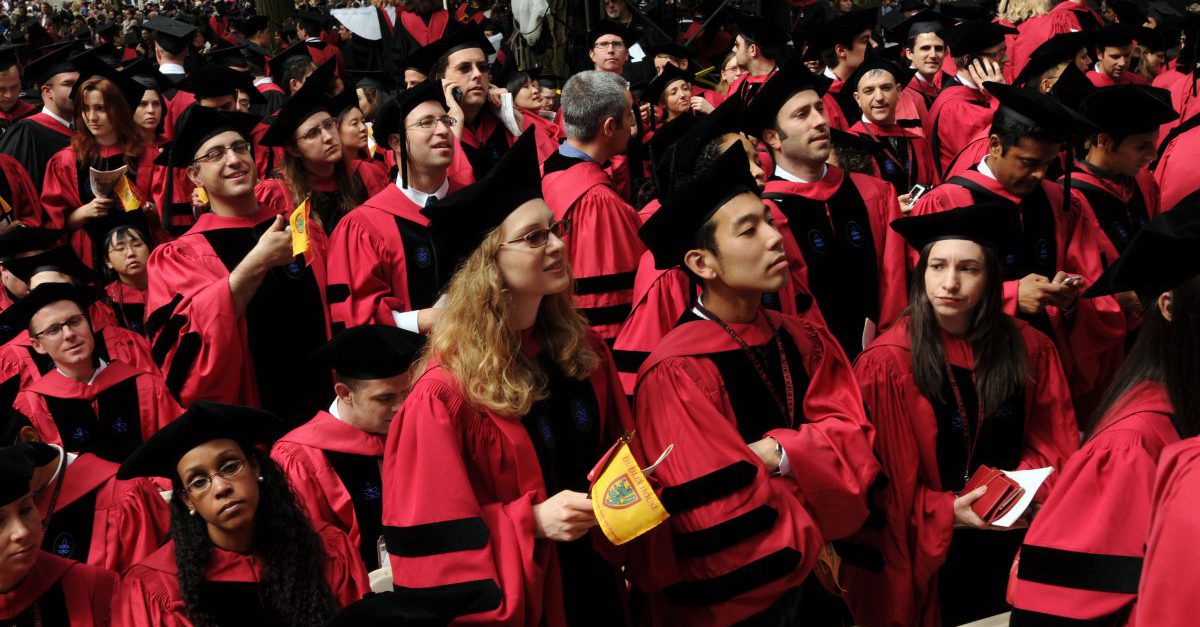 Hot takes popped up by the dozen this week when Pew Research Center released poll results revealing a majority of Republicans believe colleges and universities have a negative impact on America, and since I’m a sucker for interesting data analysis, I read quite a few. Perhaps the most thoughtful piece I encountered from a right-of-center perspective came from The Federalist’s Gracy Olmstead, who explored this opinion shift on the way to cautioning her fellow conservatives against “deserting the academic institutions that can bring essential goods to Americans, young and old.”

Olmstead highlights four primary reasons why many Republicans are so down on higher education: a leftward bias in campus culture, anti-intellectualism, student debt and colleges’ failure to teach students the practical skills of adulthood, like grocery shopping or keep your clothes clean. Her list nails it, I think, as a fair description of the perception of these higher-ed skeptics — but does that perception match reality?

These stories, especially tales of protests turned violent, are unquestionably troubling. But the reason we know about them — the reason they make the news — is because they are not the norm. The phenomenon is real, but it is also much exaggerated.

In my first job out of college, I worked on a website primarily designed to help conservatives and libertarians organize campus clubs for education and activism. A smaller feature of the site gave students the opportunity to share this sort of sensational story in professor reviews — it was like RateMyProfessors.com, but specifically to call out faculty who abused their authority to force their political perspectives on their students.

That feature didn’t last long, because there aren’t that many of these stories, and when they legitimately occur, just about everyone is outraged. This stuff happens, absolutely, but it doesn’t happen nearly so often as many believe. That’s exactly why it gets so much media attention.

Furthermore, any individual student can make choices — of school, major, campus and instructors — which greatly lessen their chance of encountering the dregs of campus culture. (And honestly, conservatives ought to expect to find a tilt toward big-government perspectives if attending schools literally run by the state.) A student who majors in the hard sciences, does two years at a community college before transferring to a private religious school and makes good use of the aforementioned RateMyProfessors.com will do just fine.

On a more practical note, Olmstead next mentions student debt and skyrocketing tuition rates, a cause for skepticism that surely extends well beyond the GOP. On this point, however, economic conservatives of all people should be able to identify and recognize the role of perverse policy incentives in the student loan crisis. As even the Federal Reserve has recognized, federal education subsidies are the major culprit for exorbitant college cost and the debt that goes with it. Universities aren’t innocent here, but fiscal conservatives can take a nuanced perspective. And fortunately, as with campus culture, this is something that can be affected by individual choices about where, when or whether to go to college.

RELATED: One police officer’s feelings are all it takes to get charged for drug use in America

Last on Olmstead’s list is what is deplorably known as “adulting,” or mastering the basic skills of daily life. There are lots of good reasons to decide college isn’t worth it, depending on one’s goals, resources and opportunities, but schools’ failure to teach these skills shouldn’t be on the list. It is not a university’s job to teach an 18-year-old how to do laundry or buy vegetables. It is a parent’s job, as conservative defenders of traditional family structures must realize.

Whether they know it or not, the right and academia need each other. Conservatives need to not only decry those who would quash debate on campus but to actually engage in that debate in a sophisticated, fair way. Anti-elitism is fine, but only if it’s smart. And academia needs intellectual conservatives to make that debate happen, to prevent the ivy tower from closing all its windows.