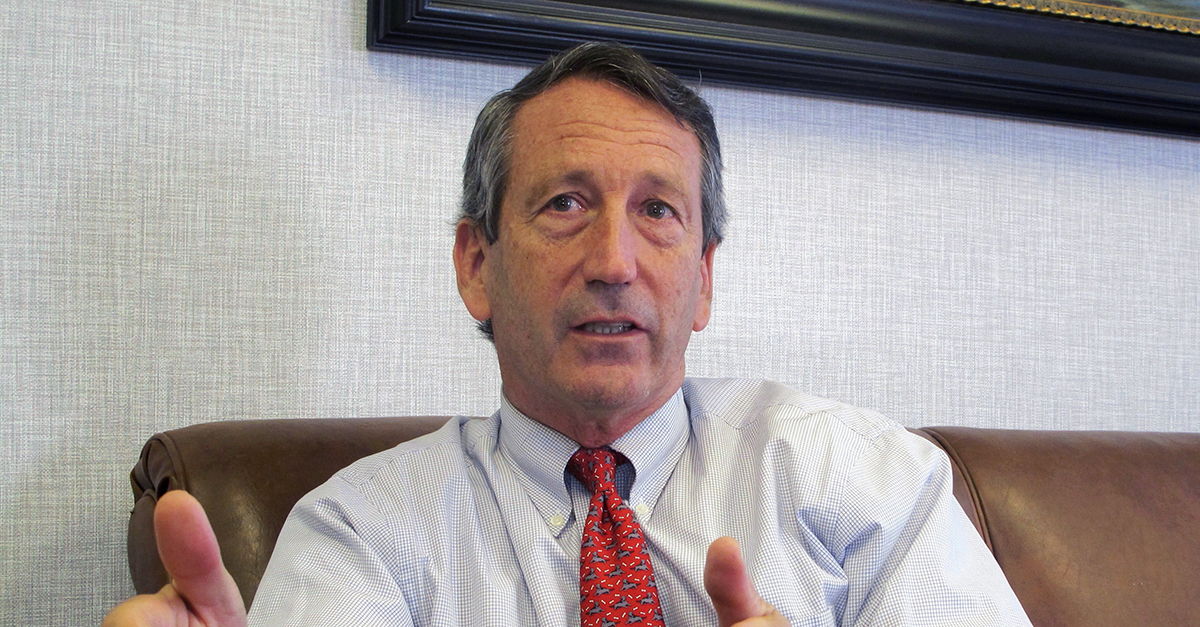 Rep. Mark Sanford (R-SC) is co-sponsoring legislation aiming to make it easier for states that allow the sale of recreational marijuana to earn the same deductions offered to general businesses.

Sanford, along with Rep. Carlos Curbelo (R-FL), are working on a plan called the Small Business Tax Equity Act of 2017.

“This bill would allow businesses who legally sell marijuana within a state to make the same deductions offered to other businesses,” Sanford said on his Facebook page on Monday. “The principle here is simple, if a state makes something legal…it ought to be treated on par and equally with other legal businesses in the state.”

Twenty-eight states currently allow the sale of medicinal marijuana, however the federal government’s classification of marijuana as a Class I substance makes it ?impossible for businesses that sell legal pot to deduct business expenses.?

Unlike Washington or Colorado, however, the legislation does not seek to legalize or reclassify marijuana.

?Whether you?re for or against the medical use of marijuana matters less than whether we really subscribe and adhere to the founders? belief in federalism…because it was one of the key balancing tools to offsetting an overgrown and controlling federal government,? Sanford said.