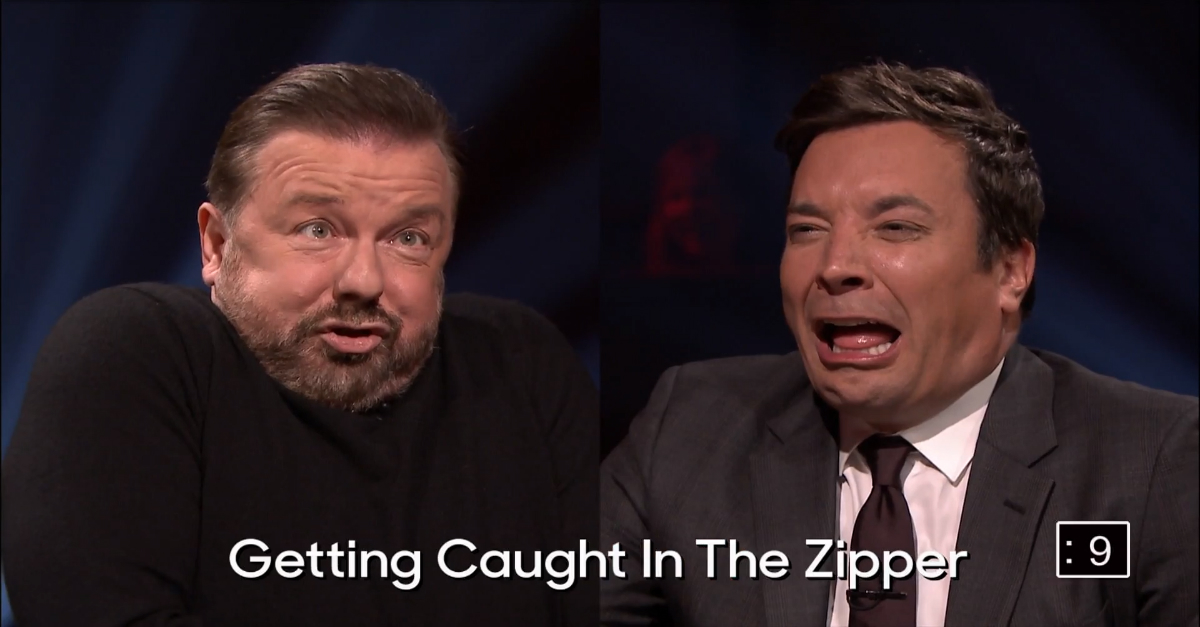 British comedy icon and silly-face connoisseur Ricky Gervais recently appeared on “The Tonight Show” and went head-to-head (or face-to-face) in a few un-surprisingly hysterical rounds of “The Face It Challenge” with host Jimmy Fallon. The aim of the game is for each contender to make a silly face based on a prompt and try to make their opponent laugh. The last contender to laugh is the winner.

It sounds like a dumb game, but you’d have to be a really boring individual to not see the humor in two of the funniest men alive pretending to hold in their vomit and getting their junk caught in their zippers.

RELATED: Blake Lively dance-battled Jimmy Fallon and walked away with a banged up knee

Gervais recently announced that his most recent stand-up special “Humanity” has been purchased by streaming giants Netflix. He told fellow comics Jim Norton and Sam Roberts on their Sirius XM radio show that stand-up is his “favorite thing to do.”

“I want to call myself a stand-up now,” Gervais said. “I don’t want to call myself a comedian or writer-director. That’s why it’s been seven years [since his last stand-up tour], because I always thought that it was the third string to my bow. And it got put back, more important things came along, a sitcom or a film …”