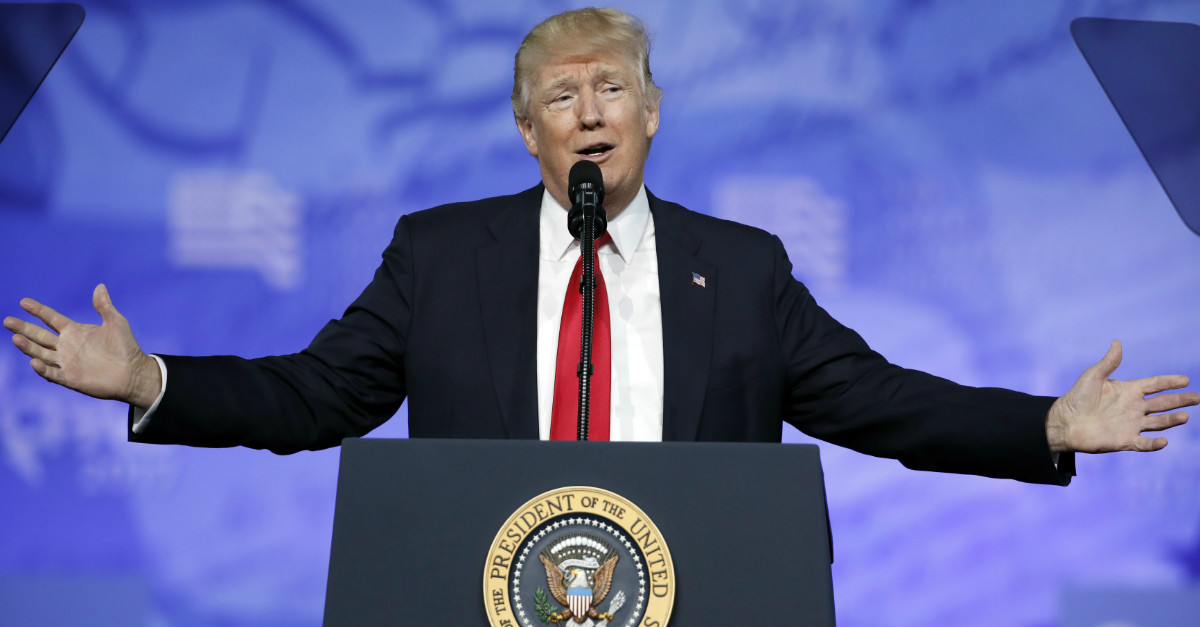 White House Press Secretary Sean Spicer on Thursday announced the Trump administration will be cracking down on states that have legalized marijuana for recreational use. Here is the key portion of his remarks from the White House transcript:

Q. I have a question on medical marijuana.  Our state voters passed a medical marijuana amendment in November.  Now we’re in conflict with federal law, as many other states are. The Obama administration kind of chose not to strictly enforce those federal marijuana laws. My question to you is: With Jeff Sessions over at the Department of Justice as AG, what’s going to be the Trump administration’s position on marijuana legalization where it’s in a state-federal conflict like this?

SPICER: […] There is a big difference between that and recreational marijuana. And I think that when you see something like the opioid addiction crisis blossoming in so many states around this country, the last thing that we should be doing is encouraging people. There is still a federal law that we need to abide by in terms of the medical — when it comes to recreational marijuana and other drugs of that nature. […]  But I think the Department of Justice is the lead on that. It is something that you should follow up with them, but I believe that they are going to continue to enforce the laws on the books with respect to recreational marijuana…

Spicer took pains to distinguish between medical and recreational pot use, insisting the Trump DOJ will not interfere with “the comfort” medical marijuana can bring to people suffering chronic and terminal illness.

That is a welcome spark of good news. It also undercuts Spicer’s entire argument.

So Spicer said Trump doesn’t want to attack medical marijuana users, but he cast this shift in DOJ policy as simple enforcement of laws already on the books. If that were true, the Trump administration would equally enforce those laws with respect to medical use.

The reality, of course, is not so simple.

The reality is the new attorney general, Jeff Sessions, is a dyed-in-the-wool drug warrior dedicated to ramping up the failed drug war even though it won’t cut back drug use. Sessions’ approach to criminal justice issues is utterly divorced from rule of law and simple honesty alike, so in that sense this development comes as no surprise.

The reality is Spicer’s attempt to tie recreational marijuana legalization to the opioid crisis is what might charitably be called an “alternative fact.” (There’s actually evidence that the opposite is true: When people can obtain marijuana to manage chronic pain, they’re less likely to turn to opioids.)

The reality is that though the president’s constitutional job is to “faithfully execute” federal law, there is an important distinction to be made between constitutional and unconstitutional laws. I argued this point at length in a Rare column in 2014, and Rep. Justin Amash made the same case on Twitter in response to Spicer’s remarks:

An extreme hypo reveals how obvious this is: If Congress enacted a law to revive slavery, the president would not have a duty to enforce it. https://t.co/e3PJoJfRpg

If federal drug prohibition is unconstitutional — and I believe that is an extremely easy case to make — President Trump is under no obligation to enforce it, especially when states decided to legalize.

And finally, the reality is that even the president’s own party doesn’t support this change. A Quinnipiac poll released Thursday, the same day as Spicer’s announcement, found three in four Americans (and more than half of Republicans) oppose federal interference with state legalization.

In revitalizing federal marijuana prosecutions, the Trump White House is flying in the face of truth, the Constitution and public opinion. This is the opposite of making America great.