Why Rand Paul wouldn’t have made that deal with Democrats, but Donald Trump did 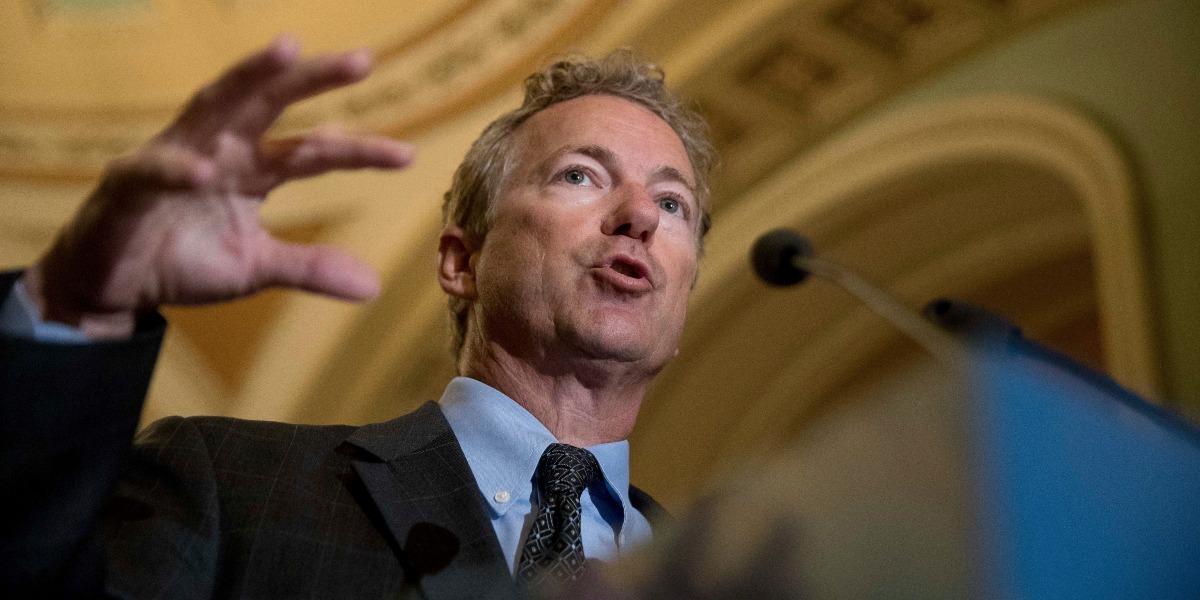 This is no time to be pedantic. Still, I wince whenever I hear someone say Hurricane Irma “decimated” the island of Barbuda. As any deeply annoying writer will tell you, the word “decimate” originally meant “to take away one tenth of something,” and that doesn’t do justice to Irma’s devastation. Ninety-five percent was the number given by Barbuda’s prime minister as how many of his nation’s structures and vehicles had been destroyed; stare at the rubble long enough and you begin to wonder where the other 5 percent are hiding.

It helps you understand why Donald Trump initiated his most spectacular sell out of conservatives yet. That happened earlier this week when, without warning Republican leadership, he struck a deal with Nancy Pelosi and Chuck Schumer to approve additional FEMA and disaster relief funding, keep the government open for three months and raise the debt ceiling. None of the new money was offset by spending cuts; the can issued its familiar clang as it was kicked down the road again. Still, I get why he did it. Trump doesn’t trust Paul Ryan and Mitch McConnell and with two more hurricanes bearing down, the last thing he wants is another Obamacare repeal-style round of parliamentary shilly-shallying. Trump styles himself a man of action, and there’s no more necessary time for government to act than during a natural disaster, right? Superstorms don’t discriminate between the prudent and the insolvent.

The problem with that argument is that debt also doesn’t discriminate between the urgent and the quotidian. Another $15 billion to FEMA is the same amount as $15 billion in waste elsewhere, and there’s no reason the latter can’t provide for the former. Rand Paul scrounged up $1 billion in his Twitter Festivus report alone, yet we’re supposed to believe appropriators must borrow every red cent needed for Irma? I might be willing to give Congress a pass on this one if they were relatively new at debt-financed budget asks, but this is what happens every single time an urgent spending bill is passed. Burying my generation in red to dig out Texas is no way to proceed. This is one of those rare times in politics when we can have it both ways.

Our dire debt portends at the earliest a medium-term crisis, one that seems dwarfed by the more immediate needs in hurricane-affected areas. Problem is, it also seems dwarfed by everything else, given that Congress insists on passing every dollar in an eleventh-hour panic that differs only in degree from this week’s FEMA funding fracas. (We’ve almost hit the debt ceiling! The government will shut down! Ahhhh!) Live only in the moment during these crises, as Donald Trump is wont to do, and fiscal conservatism is the last thing on your mind. You’re too preoccupied with warding off present debacles to worry about abstract ones in the future.

To resist that temptation, to do what’s right for today and for ten years from now, you have to be a dedicated fiscal conservative. You have to be willing to watch your doppelganger push wheelchair-bound grannies off cliffs. You have to know your stuff. You have to, frankly, be a bit of an ideologue — a curse word in Washington, but one that denotes concern for a set of principles larger than yourself. You have to stare down the hurricane-chasing demagogues and make points more complex than theirs. You have to take on what’s difficult.

That’s why Rand Paul and maybe even Ted Cruz would have demanded that spending cuts be attached to disaster relief — not because they don’t care about the victims, but because they have the orientation to also care about the impending consequences of big government. Donald Trump — who doesn’t think ahead, is easily swayed and is obsessed with immediate gratification — has no such wherewithal. In that, he’s more representative of The Swamp he claims to hate. Laud his bipartisan deal all you like, but it’s just another short-sighted spending spree.