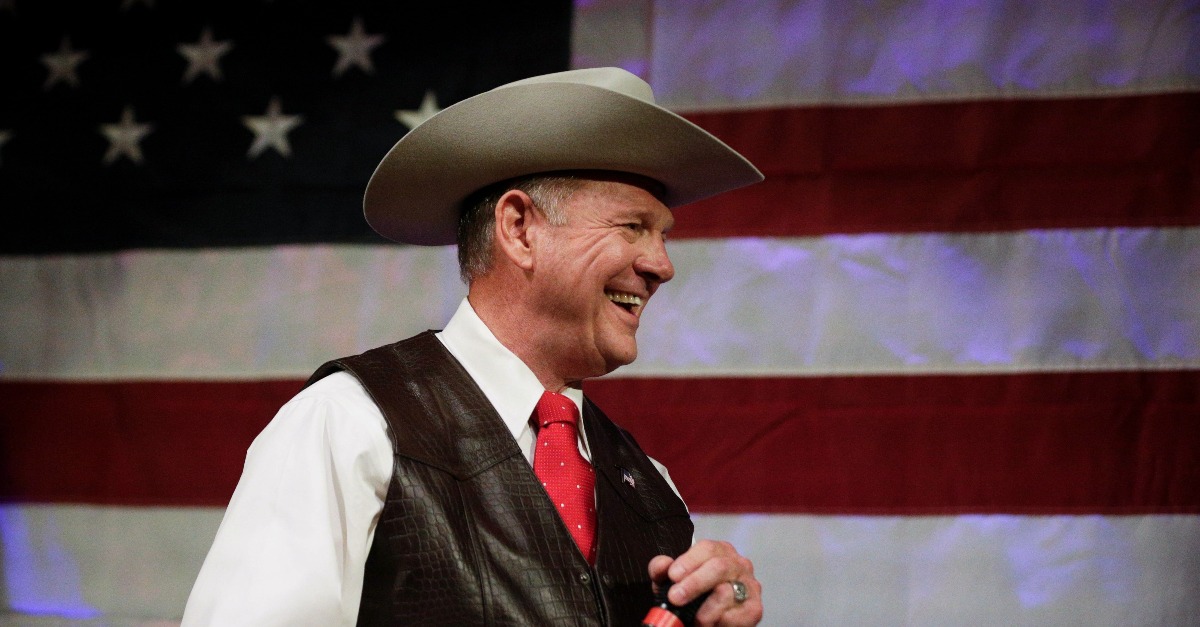 Only a few days before the Alabama special election, the polls have Republican Roy Moore and Democrat Doug Jones neck and neck, but a Friday bombshell may give Moore the boost in the ballot box on Tuesday. Beverly Young Nelson, who was one of the first women to accuse Moore of sexually assaulting her when she was a teenager now says that she added parts of the now-famous yearbook signature after Moore signed it.

Beverly Young Nelson admits to adding date and place to alleged Roy Moore inscription in her yearbook. Gloria Allred initially attributed that writing to Moore. Nelson stands by rest of her story. https://t.co/ui3xR2JfMC

Nelson claimed that when she was in high school, then-District Attorney Roy Moore signed his name in her yearbook — that signature was seen by many as evidence of Moore’s guilt and led GOP heavy-hitters like Mike Pence and Mitch McConnell to distance themselves from him. But in a Friday interview with ABC, Nelson admitted to “making notes underneath;” however, she has affirmed that Moore actually did sign the yearbook. The video of the interview cuts off immediately after Nelson says that Moore signed her book.

The allegations against Moore piled up in November when Nelson held a press conference with celebrity attorney Gloria Allred. Nelson claimed that she knew Moore when she was 16 and that he assaulted her. Later, another woman came out and said that she was 14 when 32-year-old Moore came on to her. Moore’s campaign pushed back on the allegations and called the yearbook a fake. Unfortunately for the senate hopeful, more accusers came out against him and The New Yorker ran a piece claiming that in the 1980s Moore was banned from an Alabama mall.

We can't Make America Great Again with another radical liberal in the US Senate.

I look forward to working with you to pass the America First Agenda! https://t.co/WLU45MhA3c

Republicans seemed to abandon Moore, the party’s war chests gave him the cold shoulder and even Donald Trump went silent. However, those stances have since changed with Trump vocally endorsing Moore and even holding a rally on Friday night at the Florida border. The Republican National Committee was more quiet in their endorsement of Moore but they’ve begun funding him again. But with Moore and Jones staring each other down in the polls, we’re reminded again that the only voices that really matter are those of the registered Alabama voters.