These Are The Best 2018 Amazon Black Friday Deals (So Far!) 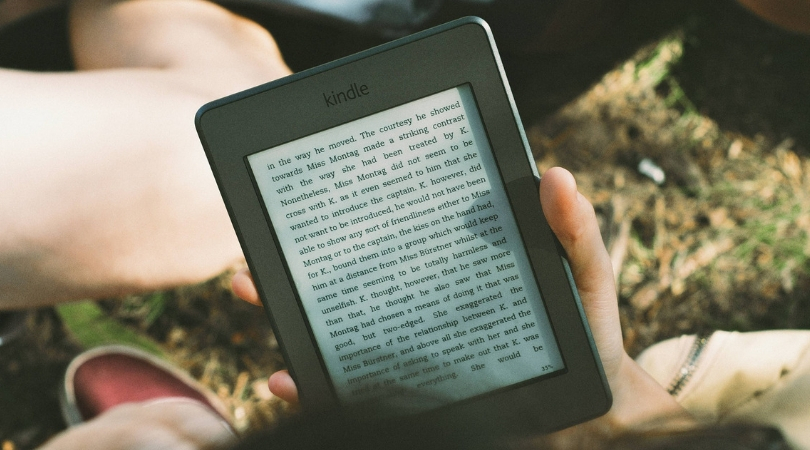 ?Tis the season for discounted items that make us want to buy everything twice! Amazon’s Black Friday is coming up, and if you’re anything like me, you have been saving for months to get what you don?t need, but definitely want. Let?s face it, who can say no to those low prices! Everything from TV?s, phones, cameras, coffee machines, they are all there!

Come on, that is exactly why you clicked on this post, and there is no shame behind it. It?s no secret Amazon has had some of the best Black Friday deals throughout the years, which is why it is exciting to see this year’s sales! So, that is why we put together a list of some of the deals you can expect to see on Amazon this year.

Although Amazon doesn’t really release a Black Friday ad, and most of the deals won’t actually be live until the week of Black Friday or on November 23 itself, it?s good to already put them in your cart so you can just click purchase as soon as the sale goes live! Think of it as your own Black Friday store with over the top exclusive deals. Who knows…the price might even get better on that day!

Amazons? famous Alexa-enable smart speaker goes on sale starting Thanksgiving day and even includes a $30 discount on Alexa?s flagship, which is the second generation Amazon Echo. The discount brings the price down to $69, which is more than $100 less than the original Echo originally sold for.

Want something smaller than the echo? Get the Amazon Echo Dot! Don?t be scared by its size, this small speaker is definitely what you need when it comes to a powerful Bluetooth speaker. The new, third-gen Echo-Dot is just at $24, and you’ll be able to get it for more than half off! A secret between you and me? It is actually a dollar cheaper than its rival, the Google Home Mini!

If you are a fan of Alexa but are also a fan of touchscreens, then this device is for you! The second-gen Echo Show lets you stream music and books with stereo sound. You can see the weather forecast, calendars, to do list, watch TV, make video calls, and more! This Echo Show usually runs for $218.49 with prime, so for almost $180 on Black Friday…I’ll take it! it’ll be available starting 5pm on Thanksgiving Day!

Say hello to the TCL 55-Inch 4K Ultra HD Roku Smart LED TV. What a mouthful, huh? This bad boy is my favorite thing on the list. Why? Because I was lucky enough to get one last year on Black Friday! Yup. This year, one can save $250 dollars (original price is $599) and let me tell you, the $350 is worth it! The smart TV has the Roku already installed, meaning you won?t need to buy the separate Roku interface. Watch everything from Hulu, Netflix, Starz, Vudu, and even cable tv! You can actually already buy it for yourself already, so…what are you waiting for?

This smart but powerful device allows you to do everything from Skype, watch any streaming device, audiobooks movies, and more! The tablet is $50 off making it a great deal for anyone who would like a hands free device. The best thing about the tablet? It?s amazon?s biggest tablet and is also the Alexa-powered hands-free device.

Are you looking for a new home security system? Then this camera is for you! Blink is actually owned by Amazon and will be $51 off! The camera is waterproof and can be used indoors or outdoors with the use of Wi-Fi. It also detects emotions and has a built-in sensor along when motion is triggered, that can send a picture to your smart phone and record short clips to the cloud.

Not only is this coffee maker 50 percent off during Black Friday week, but it also comes with 30 coffee pods! This is always a popular seller during the holiday, and honestly, who wouldn’t love a Nespresso machine for half off! Now you?ll be able to brew a perfect single serve coffee or espresso at any time! Yum!

If you?re anything like me, you lose your keys everywhere and don?t find them until three days later. It?s okay, it?s normal. Or so I like to think. Anyway, this is your life saver! By personal experience, I can totally recommend Tile 100 percent. Tile allows you to double tap a button and find your phone, or keys, or anything you attach it to. It can help you find your things fast, wherever you are, whatever the distance,! Just wait for the sound and you’re set.

This amazing electronic book at your hands will be $40 off starting Thursday, November 22! The perk of this Kindle is it has no glare in bright sunlight and is small enough that you can hold it with one hand. It also won?t tire your eyes since it guides light toward the surface of the display with its built-in front light. Win-win!

This little guy is a lifesaver! For sale now, usually listed at $249, this saves you more money than you can imagine. Homeowners can save up to 23 percent annually on cooling and heating costs. One also has room sensors, that can balance the temperature throughout your home. You can also easily install it yourself, usually taking around 30 minutes, so that?s already an A+ in my book. The best part about this? It also has a Built-In Alexa! What a surprise..not?

Calling all photographers, this one’s for you! I know, I know, the price is pretty scary. BUT, this usually is listed at $999.99 regular price, so?.you?re really getting a good 40 percent off! This camera is a compact camera with two lenses, that allows both photo and motion picture recording, including 4K video. The camera features a dot-high resolution viewfinder for easier framing.

Not a fan of Roku? Then this Fire TV Stick is your main purchase! The stick is basically a Wi-Fi antenna designed to steal 4K Ultra HD, with storage for games, apps, and TV. The stick also features an Alexa Voice Remote, so you can basically change the channel with your voice. Welcome to the future! You can choose from up to 500,000 movies and TV episodes from your favorites such as Netflix, Prime Video, Starz, Hulu, CBS, and others.

Now, as a reminder, these are just some of the products that are currently or will be on sale during Black Friday! Some will also be available all the way through Cyber Monday if we’re lucky. Of course let’s not forget all the Fire Sticks, and the other Echos’s, but to me, these were the ones that were worth the sale!

For those of you who didn’t know, Amazon is offering free shipping during the holiday season this year, which is a plus for everyone shopping online. For you Amazon Prime Members, don’t worry, you also get a special perk. Those with Amazon Prime will be able to receive not free two-day shipping, but one-day free shipping!

Time to get that holiday shopping goes!