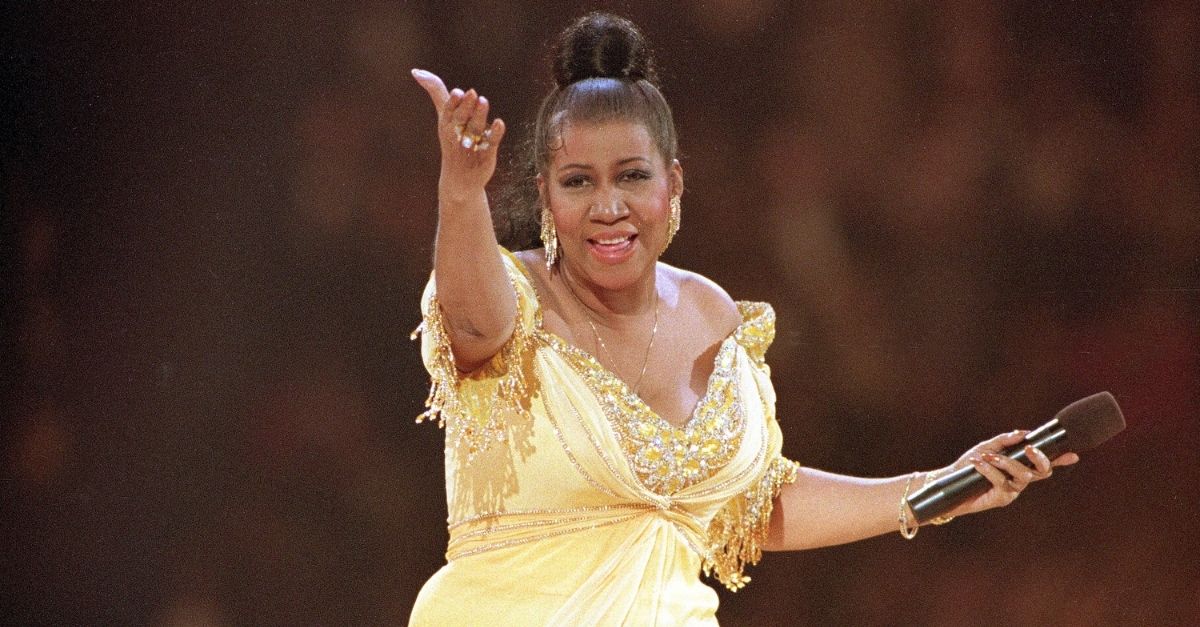 It’s a tragic day for the music industry after Aretha Franklin died Thursday, August 16, 2018. At the age of 79, the iconic legend left a lasting footprint all around the world. Not only did her soul songs dominate the charts for decades, but the Queen of Soul also amplified various aspects of culture. Franklin’s songs were no stranger to the big or small screen, and it’s no doubt they always had a powerful impact.

Franklin’s music was featured on over 200 soundtracks, stealing every scene they appeared in. Here are some of the best uses of Franklin songs over the years, and some of our favorite musical on-screen moments.

Franklin actually appeared in various films through her years including in the popular The Blues Brothers in 1980. The comedy film was based on the popular Saturday Night Live sketch of the same name. Jake and Elwood Blues stop by a soul food restaurant on their way to recruit a member of the old band, when his wife (Franklin) has some…let’s say wise words, for the man and begins to perform Think in the middle of the diner.

Of course, like every musical number, Franklin had some help from her friends, or in this case, backup dancers.  Of course, it doesn’t have an effect on the band members who leave as soon as Franklin finishes her amazing song, but my question here is, why didn’t they just recruit her? I mean, they clearly saw she had the pipes! Get it together writers!

Yes, continuing with the Blues Brothers, the 2000 feature also included Aretha, because let’s face it, it wouldn’t be the Blues Brothers without her and her amazing sazz. The singer once again portrays her character, singing to her husband, asking him, for…R-E-S-P-E-C-T.

Following the respect route, Who would have thought combining Andrew McCarthy and Aretha Franklin would make a scene so much better? Not only are they both going along, but it shows the effect the song has on all ages. The private jam session makes it irresistible for us not to dance along.

Fun Fact: Respect has appeared in many popular movies and TV shows, including Akeelah and the Bee, Bridget Jones’s Diary, Everybody Hates Chris, Are We There Yet, Forrest Gump, Murphy Brown, Scandal, Sex and the City, and Wonder Years.

Julia Roberts, Cameron Diaz, and Aretha Franklin? Who would have known! Although Say a Little Prayer was a cover song for Franklin, you can totally hear her soul and voice sung by the actors, and it is wonderful!   It gave the movie a sense of humor and joy, that was enjoyed by the audience. The iconic song played a huge role in the movie, capturing the scene where Rupert Everett’s character convinces everyone in the restaurant to sing the song along with him.

This scene had me on the floor crying, especially after hearing You Send Me, by the wonderful Franklin. As if the movie needed to be any better, the directors decided to add a little groove to the end to portray the family having a good holiday. What a cheerful way to close out a movie, I swear, Franklin had a knack for making us feel good!

Let’s face it, the Goodfellas soundtrack is one of the bests out there. Every song complimented on the scene of character in a way, matching to the mood and what they were going through. Which is why was perfect in the film. It is possibly the best songs used as the lead in for one of the most intense scene moments, where Joe Pesci shoots Spider. I guess he didn’t really love him, huh?

The 2016 hit movie pays perfect tribute to Franklin, via magic by using One Step Ahead in a key dinner scene that is both thrilling but moving. If there was one artist who could perfectly calm a melancholy sadness scene, it would be Franklin, hands down.

Ain’t No Way was featured on the popular TV show Glee, sung by the character Mercedes and a choir singing backup. The episode aired on April 19,2011 and was one of the many songs featured on the show by Franklin. Check out those pipes on Amber Riley, I couldn’t think of anyone better to sing that song! What an amazing tribute.

The documentary revolves around Rick Hall, the founder of Fame Studios in Muscle Shoals, Alabama. This clip is here because well, all of the songs featured in the documentary sung by Franklin give us goosebumps! The singer actually recorded most of her classic songs in the studio.

This article was originally published on March 25, 2019.