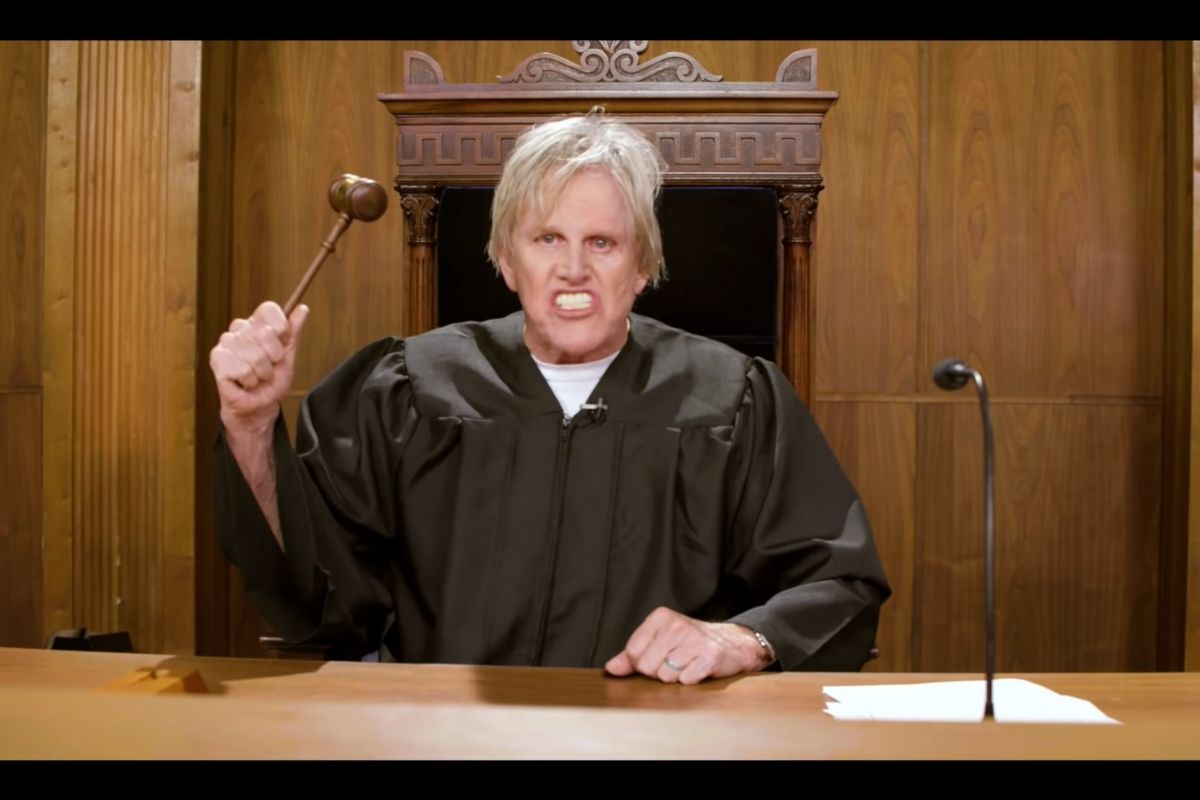 Have you ever watched Judge Judy and thought, “Not enough Gary Busey?” If the answer is yes, then you are a rare individual. And there’s a new show on Amazon Prime just for you.

Gary Busey is no stranger to the lucrative field of reality television. The actor made a name for himself in 1978, starring The Buddy Holly Story but he’s experienced a long and painful decline from stardom — after crashing on a motorcycle in 1988, Busey suffered from critical brain damage. But even when meatier roles waned, reality TV has always been there to promote the Busey brand. He starred on Comedy Central’s I’m with Busey and has appeared on Celebrity Rehab with Dr. Drew, Celebrity Apprentice 4, Celebrity Apprentice 6, and Dancing with the Stars. His distinct manner of speech and unpredictable behavior makes him a controversial — and ideal — reality show character. But Amazon’s Garey Busey: Pet Judge marks Busey’s strongest project yet.

Opening with Shadoe Stevens’ ironically ominous narration, the intro to Garey Busey: Pet Judge will feel familiar to fans of the small claims court TV block. But this is no People’s Court. This is pet court, and what Busey says goes. His trademark slogan — “Pet justice!” — is revealed with a pound of the gavel, as Busey bares his famously large teeth. Less than thirty seconds into the half-hour program, you’ll know whether the cringey, somewhat exploitative humor is your cup of tea.

If it is, you’ll hopefully enjoy pondering the specifics of whether a dead cat should get a Viking funeral, and other related disputes. (Sadly, the fifth episode “Meerkat Manners,” in fact, contains no court cases regarding meerkats.) Obviously, Busey is nothing like a real judge. When addressing the pet owners, his persona is mostly non-sensical, occasionally irate, and peppered with so-called Buseyisms. Stand-up comedian Mike E. Winfield, as the bailiff, and Ian Abramson, conducting awkward exit interviews, also fill up time in Gary Busey: Pet Judge.

As with most of Gary Busey’s contemporary TV work, it’s unclear to what degree he’s kidding when he speaks. The Pet Judge defendants and plaintiffs also, evidently, have no clue. But their wacky pet problems aside, it’s clear that the overall production and structure of Gary Busey: Pet Judge does not take itself too seriously.

WATCH: How Much Do ‘Judge Judy’ Guest Stars Get Paid?