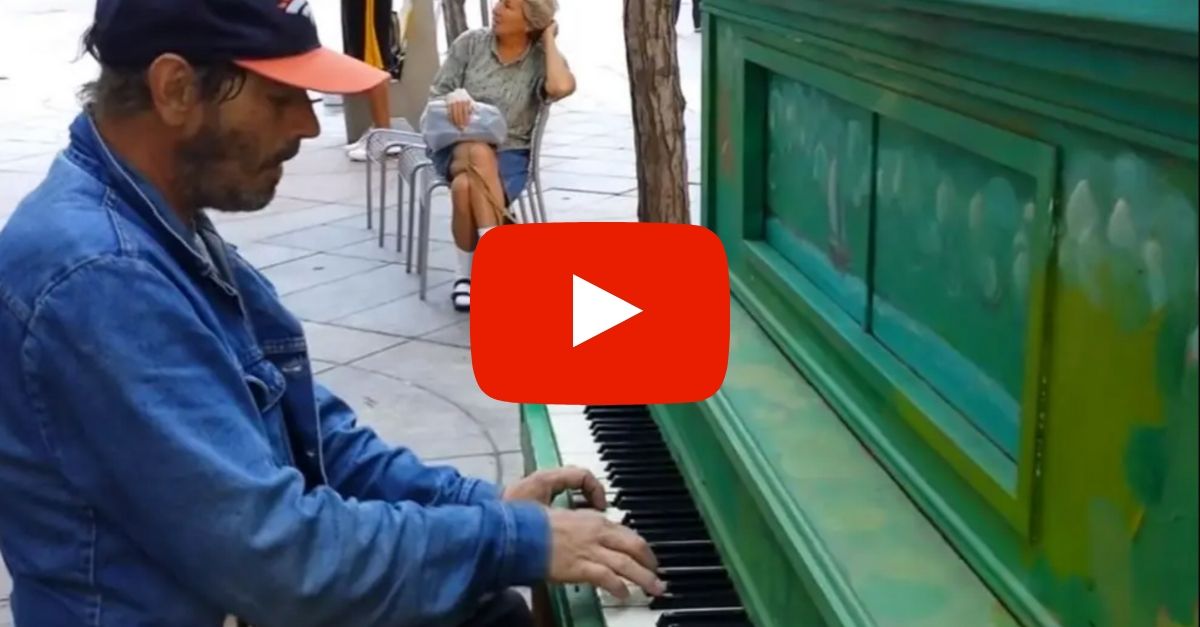 Wow, you never know what you are going to see whenever you walk down a busy street. It’s not uncommon for some people to stand on the side with instruments and play some music to show off their skills. Many use their talent in populated areas to earn money, and if social media has taught us anything, it is that some of these street performers are ridiculously good.

Take for example this homeless man from Denver who blew up the internet, and well, the minds of those walking by. This man decided to just nonchalantly sit down on the piano and do a FLAWLESS cover of “Bohemian Rhapsody” by the Queen. You know, probably one of the hardest songs to learn, ever!

Fortunately for us, a viewer decided to record him, because it’s insane, capturing the impromptu jam session which has recently gained more than 242K likes on YouTube. As it deserves, really! Unfortunately, there isn’t much known about this man, or whether he is still homeless, but his talent left many in awe. Freddie Mercury would be so proud! I guess it just goes to show us that we shouldn’t judge a book by its cover.

The man used the “Your Keys to the City” public piano in Denver, which encouraged passersby to stop and enjoy the music. A sign is seen on the side of the decorated piano, saying “We invite you to play this piano at your leisure.”

It’s no secret that Queen’s “Bohemian Rhapsody” has had quite a successful path since it’s release in 1975. It has been in the Grammy Hall of Fame since 2004 and was announced as the 20th century’s “most streamed song,” with the music video sitting at 1.1 billion views on YouTube.

While there are many artists who have decided to cover the song, such as Jennifer Nettles and Pentatonix, this version is definitely one of my favorites. It’s amazing what you can find on city streets.