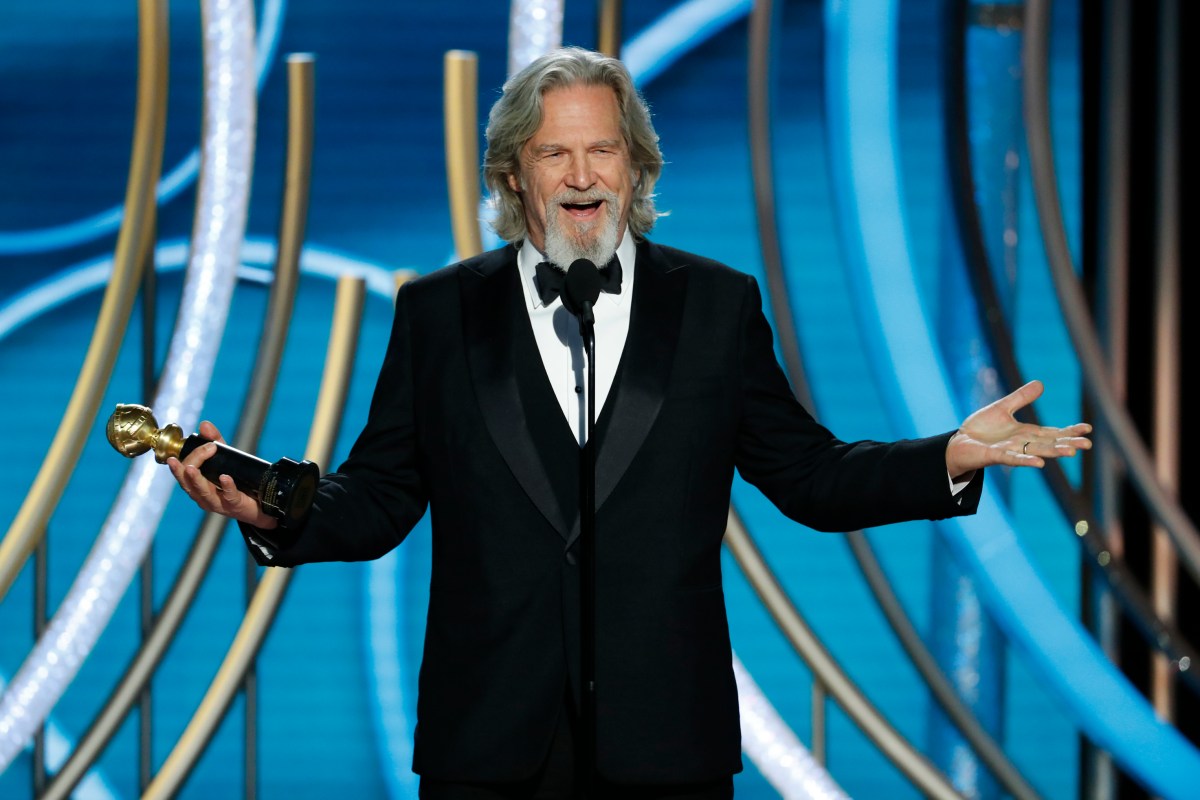 BEVERLY HILLS, Calif. (AP) ? Nearly seven decades after Jeff Bridges appeared as an infant alongside his mother in a film, the prolific ? and sometimes underappreciated ? actor gleefully accepted the Cecil B. DeMille Award at Sunday’s Golden Globe Awards.

Bridges, known as “The Dude,” stepped onstage full of energy, thanking everyone from his stand-in of nearly 70 years to his late parents. He compared himself and everyone in the ballroom at the Beverly Hilton Hotel to a trim tab, the tiny piece beneath a ship that can change the craft’s direction, saying they can all “turn this ship around, man!”

He recognized Peter Bogdanovich for giving his start by casting him in the 1971 film “The Last Picture Show.” He thanked Joel and Ethan Coen for giving him his signature role as the Dude in 1998’s “The Big Lebowski,” which became a cult classic thanks to his nonchalant, knit-sweater wearing character Jeffrey “The Dude” Lebowski.

Sam Elliott narrated a montage of Bridges’ work in the same style that he narrated “The Big Lebowski,” saying, “Sometimes, making it look easy, can be mighty hard work.”

“If I’m lucky, I’ll be associated with The Dude for the rest of my life,” he said. “I feel honored to be a part of that film.”

Bridges, 69, comes from a strong acting lineage. He is the son of the late actors Lloyd and late Dorothy Bridges; his younger brother is Beau Bridges.

Bridges made his acting debut as an infant by appearing with his mother in the 1951 film “The Company She Keeps.”

Chris Pine, who starred with Bridges in “Hell or High Water,” presented the award to Bridges calling him “El Duderino.” Pine said everyone in the room and in Hollywood would agree he was “a master craftsman and a kind and wonderful gentleman.”

Bridges won a Globe in 2010 for best actor for his role in “Crazy Heart,” when he remarked at the time during his acceptance speech about “chipping away” at his underappreciated status. He went on to win an Academy Award that year. Over the years, he has also received Globe nominations for his performances in “Starman,” ”The Fisher King,” ”Contender” and “Hell or High Water.”

“I looked at my life through the filtered movies,” Bridges said.

The DeMille Award is given annually to an “individual who has made an incredible impact on the world of entertainment.” Past recipients include Oprah Winfrey, Morgan Freeman, Meryl Streep, Jodie Foster, Barbra Streisand, Sidney Poitier and Lucille Ball.

Bridges co-executive produced the 1996 television film “Hidden in America,” which focused on poverty in America.