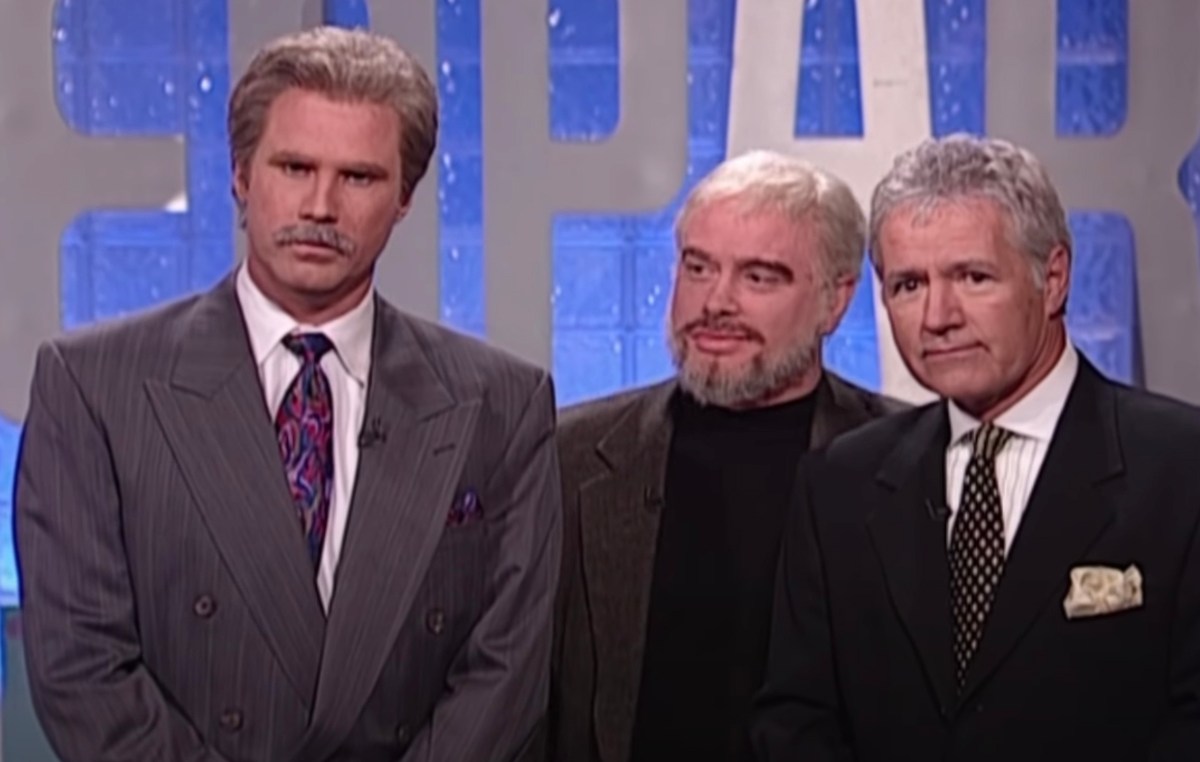 They say everyone’s favorite Saturday Night Live cast is the one from when they were in high school. Whether or not that’s true, for kids of a certain age between 1996 and 2003, one of the most quotable pieces of comedy out there was SNL’s Celebrity Jeopardy sketches, which spoofed the actual Jeopardy! game show’s celebrity editions in which movie stars, musicians, and athletes compete to win money for charity.

How Celebrity Jeopardy Came to Be

Created by castmember Norm MacDonald in 1996, the now-iconic SNL sketch series was inspired by three things. The first was an old sketch called Half Wits from the Canadian sketch show SCTV. When MacDonald, a Canadian, was younger he loved the sketch. But this wasn’t some obscure piece of comedy from up north. The sketch featured serious heavy hitters including Eugene Levy as Alex Trebek, and John Candy and Martin Short as dimwitted contestants.

MacDonald loved the sketch and wanted to reformat it to mock how easy he thought the questions were on Celebrity Jeopardy (because, he believed, celebrities are stupid). But MacDonald didn’t want to steal the sketch idea from another comedian he was a huge fan of. Enter Martin short, the ex-SCTV and SNL alum who was slated to host one fateful week in 1996. Out of curiosity, MacDonald asked Short who wrote the Half-Wits sketch. Short told him it was Eugene Levy. One thing lead to another and MacDonald and Short called Levy so MacDonald could ask one of his comedy inspirations if he could be allowed to use the format. Levy graciously granted permission and MacDonald started writing.

The other reason for the sketch’s creation? It is notoriously difficult for Saturday Night Live members to win themselves airtime on the show. MacDonald had a killer Burt Reynolds impression but couldn’t figure out how to get it on air. The answer was Celebrity Jeopardy.

For the first Celebrity Jeopardy sketch MacDonald cast Will Ferrell as host Alex Trebek, Darrell Hammond as Sean Connery, and host Martin Short as Jerry Lewis along with MacDonald as Reynolds. The sketch was far from the best of set, but it gets an honorable mention for being the first.

Connery’s constant berating of Trebek, claims that he had sex with Trebek’s mother, misreading of categories (The Penis Mightier!), and general insanity all had audiences — especially the aforementioned high school kids — rolling with laughter.

But Hammond as Connery wasn’t the only highlight. Though he never had a recurring celebrity in the sketch, former SNL cast member and current Tonight Show host Jimmy Fallon routinely appeared in memorable parts, including as fellow SNL alum Adam Sandler, 3rd Rock from the Sun castmember French Stewart, and legendary comedian Robin Williams.

Of course, even though Celebrity Jeopardy was created by Norm MacDonald and Darrell Hammond’s Sean Connery impression was arguably the most memorable character, it ended up being Will Ferrell’s Alex Trebek impression that the sketch centered around. Every time Ferrell comes back to host Saturday Night Live rest assured you can expect a Celebrity Jeopardy sketch (with Hammond, who is now Saturday Night Live’s announcer, of course stepping in as Connery again).

In fact, Ferrell’s Alex Trebek, the sketch’s forever put-upon straight man, is thoroughly enjoyed by the real-life Jeopardy (and Celebrity Jeopardy) host Alex Trebek. The sketches are so popular that Trebek has said he’s asked almost every day about them, and always says he loves Ferrell’s impression. In fact, Trebek himself has made an appearance in the sketch before.

All things considered, Celebrity Jeopardy may go down as the most beloved and hilarious Saturday Night Live sketch series of all time.

Watch: From Texas to TV: How Carol Burnett Became the Star We Love Today