Go on Your Own “Golden Girls”-Inspired Miami Tour 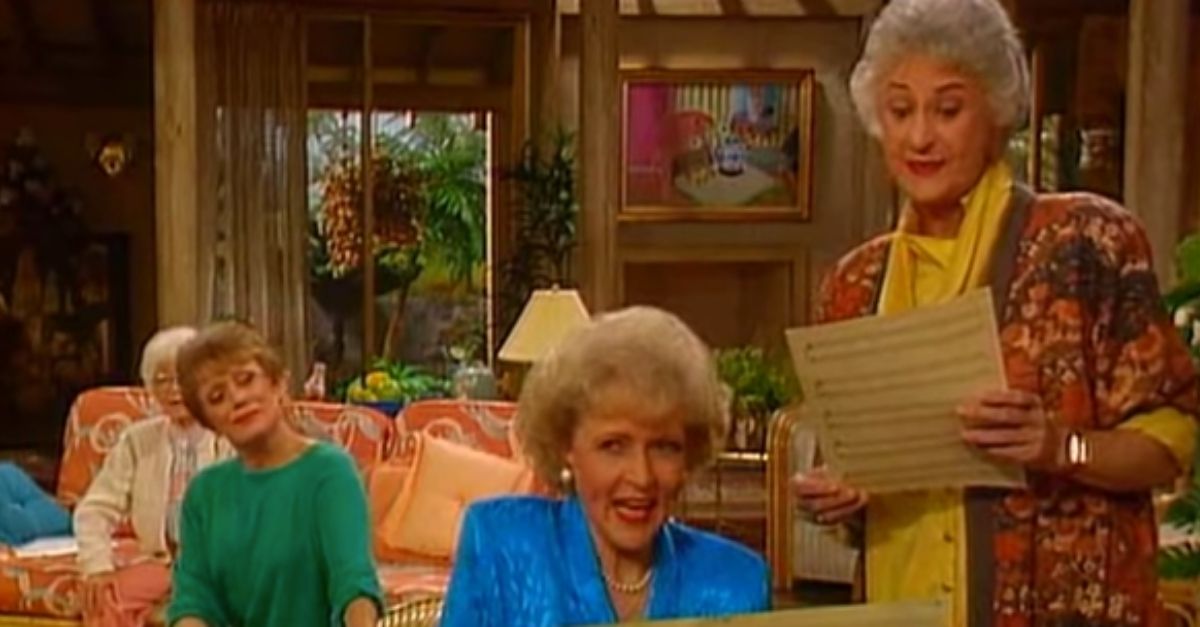 If you love the Golden Girls, then you should probably plan a trip to Miami. Complete with the “Miami Jingle” stuck in your head, you should check out these 5 places during your stay in the popular Florida town, to see what Dorothy and Rose were singing so passionately about on season 2 episode 6.

Huffpost put a few places together for the ultimate Miami tour for the true Golden Girls‘ fans, and we picked out 5 of them that you should definitely visit while you’re in Florida. Or dare I say, you’re not a true Golden Girls fan until you’ve actually visited these places:

Here is where the pilot episode of the Golden Girls featured Blanche revealing she’s accepted Harry’s marriage proposal. Have dinner here and try the same stone crabs she had. This is also the one and only time we also saw the housekeeper Coco.

Most pictures say a thousand words, but this just needs one.

Here is where Sophia and Alvin bonded at the beginning of season 3. You can’t beat the view, with beautifully done hotels and condos, a pristine beach, and a never-ending horizon to overlook. How could you not bond with someone in a place like this?

Guys they’re replacing this iconic Miami Beach boardwalk with concrete. 😢The end of an era #miamibeachboardwalk

Get a taste of what Blanche was feeling when she found herself in the middle of a real-life murder during a supposedly fun murder mystery weekend in season 7. Luckily, this is a one night kind of ordeal, and let’s not hope to run into an actual murder this time.

If the Golden Girls never had you craving late-night cheesecake, have no fear here in Miami. This spot in South Beach is the answer to that late-night problem, or the perfect spot to drunkenly stuff your face with desserts if you hit Twist nightclub next door right before.

A gift made by a customer a while ago, come visit us! #miami #miamibeach #southbeach #foodporn #foodlover #foodblogger #artdeco #diner #paramount #antique

Get all those nostalgic feelings back with Bea Arthur as Rose Nylund, Betty White as Dorothy Zbornak, Rue Mcclanahan as Blanche Devereaux, and Estelle Getty as Sophia Petrillo, by catching the Golden Girls now on Hulu.