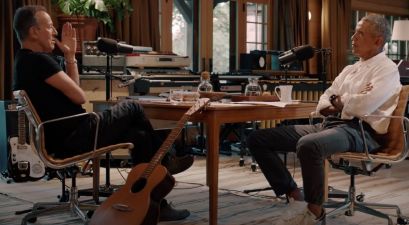 Woah, just look at all those names in one title! I bet you never saw THAT coming. I mean, I certainly didn’t, but apparently, Elton John is out here releasing all the secrets he can because he just can’t hold them in anymore. According to the ‘Rocket Man’ singer, Edward Lewis and Rocky nearly got in a fight over Diana, Princess of Wales!

The whole incident took place at a dinner party given by John and David Furnish for Walt Disney Studios Chairman Jeffrey Katzenberg who had recently commissioned Sir Elton to write the music for The Lion King. In his new memoir, Me: Elton John Official Autobiography, he writes how actor Richard Gere had just split from Cindy Crawford and Princess Diana has just split from Prince Charles, which left the door wide open for new relationships.

The two were reportedly having a deep deep conversation in front of the fireplace, while the hunky Sylvester Stallone was looking over in a jealous rage. When the rest of the guests came through to sit for dinner, Stallone and Gere reportedly stayed behind to “settle their differences” over the Princess by having a literal fistfight.

So, after dinner, the Pretty Woman actor and Diana resumed their flirting which promoted in Stallone storming out of the room, like a true diva. According to John, Stallone angrily stated, “I never would have come if I’d known Prince f- -kin’ Charming was gonna be here. If I’d wanted her, I would’ve taken her!” All while this was happening, Princess Diana was “completely unruffled,” because, well, I’m sure she was used to men daydreaming about her 24/7. How amazing is that?

Miss you so much 😢❤️ #PrincessDiana @richardyoung110

Spilling more royal secrets, John also revealed that one time Queen Elizabeth II slapped her nephew Viscount Linley across the face multiple times at a party after he refused to watch over his sister. He writes, “When he repeatedly tried to fob her off, the queen lightly slapped him across the face, saying, “‘Don’t’ — slap — ‘argue’ — slap — ‘with’ — slap — ‘me’ — slap — ‘I’ — slap — ‘am’ — slap — ‘THE QUEEN!’” When the queen noticed the singer saw the exchange, she winked and walked off. Because well, she’s the queen and she can do whatever she feels like doing without any explanations.

Did this really happen? Well, I want to believe it did, because it’s hilarious and Stallone definitely pulled a Rocky move. It’s hard to believe Gere fist fighting in a full-on tuxedo over a woman he met a few seconds ago though. But then again, she was a princess. So, sure, I say yes. Plus, I would believe anything Elton John tells me.