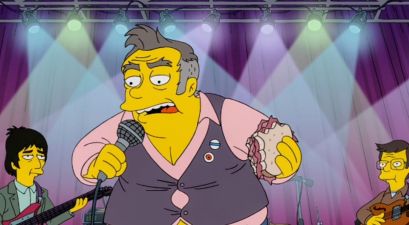 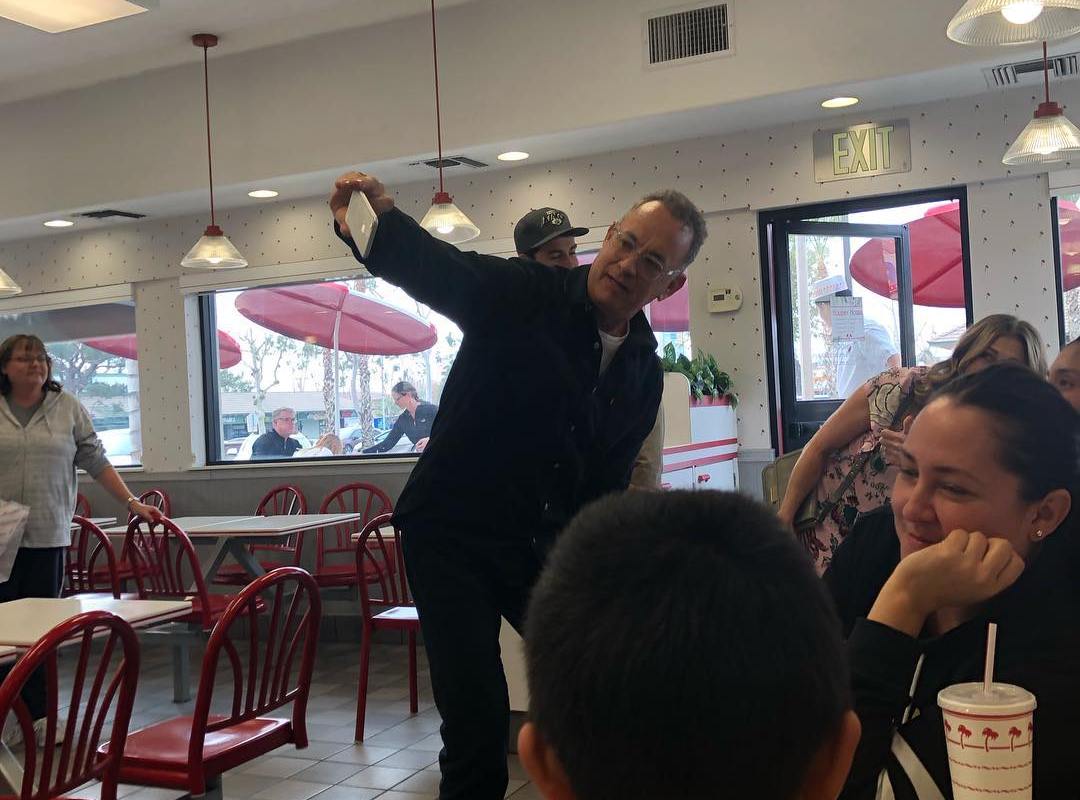 The man who brought Forrest Gump and Captian Phillips to life is never one to get caught up in the glitz and glamour of Hollywood. This week, lucky fast-food customers dining at a local In-N-Out in Fontana, California were treated with a visit by Tom Hanks and Rita Wilson and a free meal. And there are smiling-inducing photos to prove it.

Tom Hanks is at In and Out sitting across from us I’m star struck!! 🤩😱🤩#tomhanksfan

Tom and his wife are known throughout the film industry for their charity work and ability to go above and beyond to help those in need. According to Look To The Stars, a website that lists all the charities individual celebrities back, Tom Hanks has supported over 32 charities throughout his career. Some top charities include the Elizabeth Glaser Pediatric AIDS Foundation, the Muhammad Ali Parkinson Center, the American Foundation for AIDS Research, and the Pearl Harbor Memorial Fund.

Tom also serves on the Board of Governors for the National Space Society, no doubt because of his role in Apollo 13.

Along with Tom Hanks, many other celebrities like to give to those less fortunate. In fact, here are the five celebrities that give the most:

Did you know that 1 in 8 Americans struggles with hunger? As we head into this holiday season, from now until Dec 29th, with each purchase of one of my O That’s Good! soups, sides and frozen pizzas, a meal will be given to someone in need. Let’s help feed America together. Visit othatsgood.com/seasonofgiving for more information. #OThatsGood

It’s no surprise that Oprah tops the list of charitable celebrities. She has donated more than 40 million dollars through her Oprah Winfrey Foundation alone, raising money to help women and children with education and health care around the entire world.

The Sixteen Candles actress has raised more than $10 million dollars for charities that support education, healthcare, Jewish causes, and the arts.

There is no exercise better for the heart than reaching down and lifting people up. 💕

While she maintains a low-profile on her giving, the actress has raised over $4 million for the Silver Mountain Foundation for the Arts.

While he may not be in the media as much as he used to be, Mel Gibson still gives back. Once he gave $10 million to children’s hospitals.

The funny guy has raised over $1.7 million for Jewish organizations, healthcare, and arts funding.