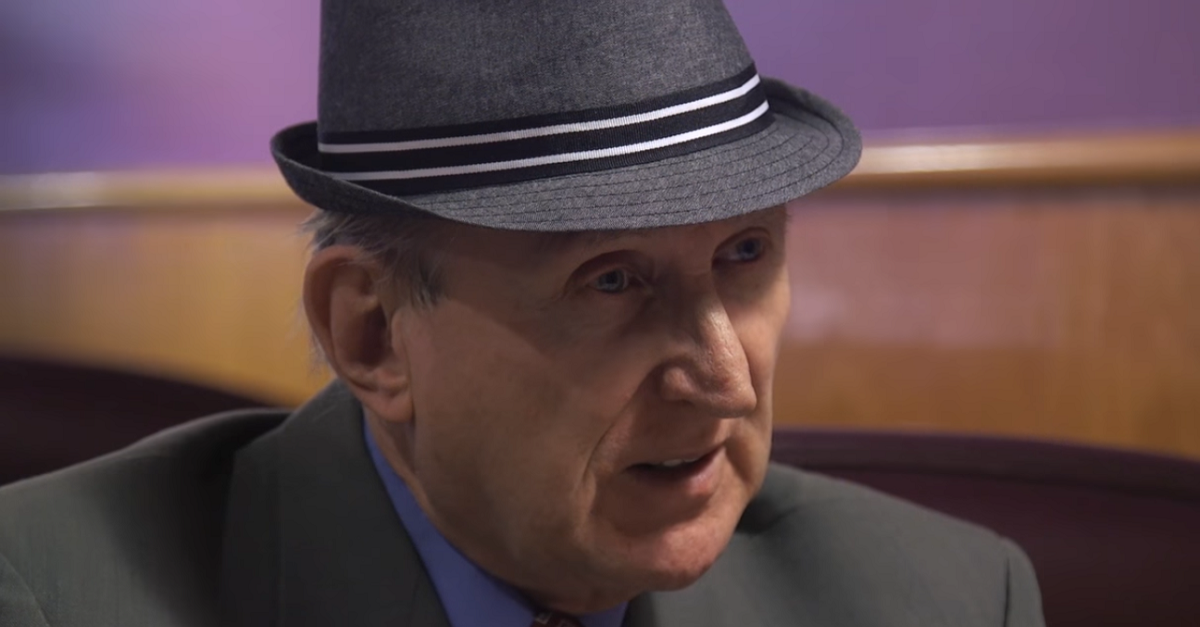 While the election for governor is one of the biggest races to pay attention to in the upcoming March primary, an investigative story by the Sun-Times revealed another local election worth paying attention to.

Arthur Jones is running on the Republican ticket for the third congressional district which includes parts of the South Side of Chicago and some West and Southwest suburbs.

RELATED: Holocaust survivor meets nephew he never knew he had for the first time

The 70-year-old retired insurance salesman is upfront about his opinions on the Holocaust. As the Sun-Times notes, he calls the horrific genocide committed by the Nazi regime “the biggest blackest lie in history” on his website.

“To me, the Holocaust is what I said it is. It’s an international extortion racket,” Jones said in an interview.

In fact, he’s been proselytizing this platform for years, having first run for mayor of Milwaukee in the 70s and then Chicago alderman in the 80s. He has never held office but he is now running unopposed on the Republican ticket for the third district.

“I designed a huge ad, a full page ad appeared in the Milwaukee Journal newspaper,” Jones said. “Full page, with a huge swastika, right in the center of the thing. And the Jews had no idea, you know, that was coming. OK, and imagine you’re some rabbi and you open up the paper one morning and all of a sudden, bingo: here’s a swastika looking at you in the face.”

“Economic policies of Hitler brought that nation up from the very bottom,” Jones added. “In 12 years of his rule they went from the age of the biplane to the age of the rocket.”

But while he is running for the Republican nomination, he doesn’t necessarily endorse the ideas of the party, or vice versa.

“Bruce Rauner? He’s what we call RINOs. Republican In Name Only,” Jones said of the current governor. “And no I would not lower myself to ask Bruce Rauner to campaign for me or vote for me.”

RELATED: Houston lost a rare gem who survived the Holocaust and testified against a former Nazi

While he us running unopposed on his own side, the third district traditionally votes Democratic. The district has been run by Dan Lipinski since 2005. He is being challenged by Marie Newman in the primaries.