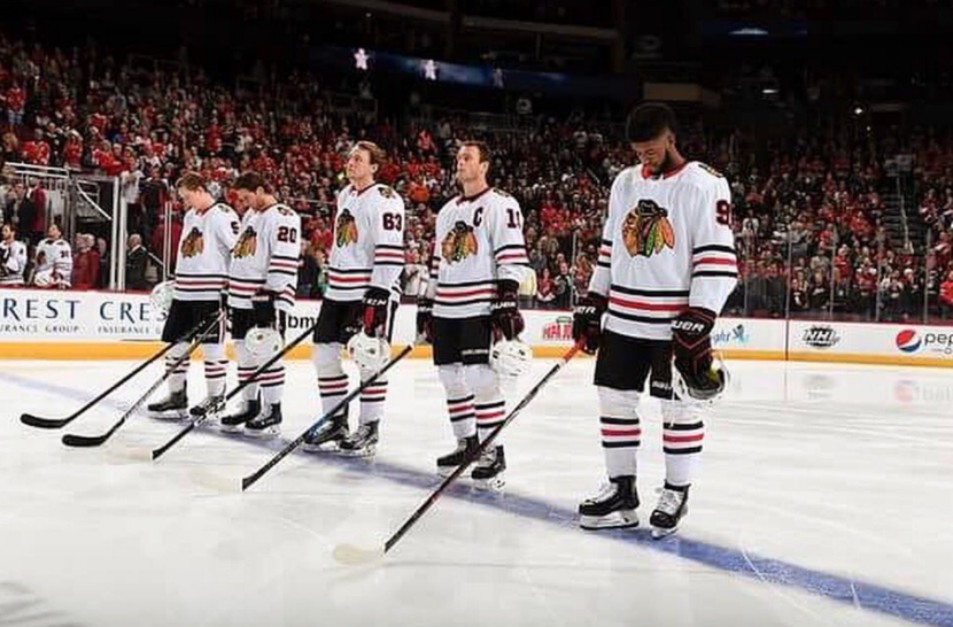 Commander Paul Bauer has left a lasting mark on many Chicagoan’s hearts.

In a report by WGN, police officers from Dallas, Texas, all the way to Girard, Ohio and even Patrick Kane mourned his death – along with the thousands of citizens he vowed to help protect.

In their dressing room, the team honored the fallen officer by hanging a jersey with his name on it.

The Chicago Blackhawks honor Chicago Police Commander Paul Bauer, who was laid to rest today, by hanging a jersey in their dressing room for tonight’s game. pic.twitter.com/4tpBVgrCli

The tragic death of Cmdr. Paul Bauer this week touched everybody in Chicago. Among those paying his respects at the Commander’s wake today was #Blackhawks star Patrick Kane. Sad. Senseless. RIP.

I'm told Blackhawks star Patrick Kane is among those who went to Commander Paul Bauer's wake tonight to pay respects to his family. Class act.

Brent Seabrook, Duncan Keith, Patrick Kane & Patrick Sharp among those in attendance to pay their respects at Chicago PD Commander Bauer's wake. Commander Bauer was a huge #Blackhawks Fan as referenced on the broadcast last night.
Some things are way more important than Hockey.

Before Thursday?s game against the Anaheim Ducks, the Hawks held a moment of silence for the fallen commander.

“Obviously, his family and the people close to that whole story that are affected, it’s unfortunate,” explained Toews. “Stories that you hear, like the school in Florida. There’s a million things you can use to try and keep things in perspective, to not just be down and negative. We’re excited to come to the rink to do our job. We can have fun with it, stay positive and get out of this hole that we’re in.”

RELATED: ?It?s OK to be scared,? Blackhawks announcer Eddie Olczyk on his battle with cancer

Bauer’s funeral was in Bridgeport on Saturday at 10 a.m. at Nativity of Our Lord Church at 653 W. 37th Street.

The commander was buried in Alsip at the Holy Sepulchre Cemetery.

To watch the fallen Commander’s daughter speak at her father’s funeral, scroll on to watch below – courtesy of Abc7 Chicago.