Years after a heartbreaking discovery, a missing girl’s parents are finally being brought to justice 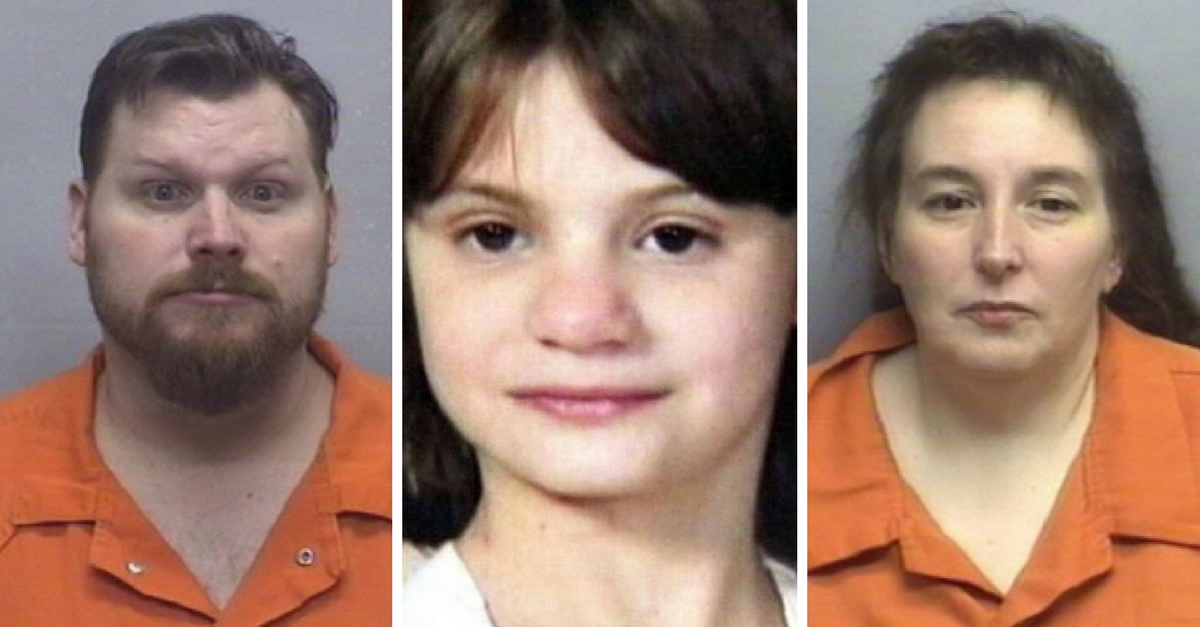 The adoptive parents of a North Carolina girl who went missing nearly seven years ago and was found dead in 2016 have been indicted on charges of first-degree murder, felony child abuse, felony concealment of death and felony obstruction of justice.

Sandy and Casey Parsons, who are currently both serving sentences in separate federal prisons for fraud and accepting federal adoption assistance money long after their 13-year-old adoptive daughter disappeared, were indicted by a grand jury on Monday in her death. The decision comes nearly seven years after the child went missing in 2011, an event that wasn’t reported to police until her brother made the call two years later. Meanwhile, Sandy Parsons, while under no obligation from a plea deal, admitted in prison in 2016 that the girl’s body had been “discarded,” pointing authorities towards a property in South Carolina where they discovered her skeletal remains.

RELATED: She disappeared 5 years ago, now authorities have made a heartbreaking discovery

An autopsy later determined that Erica Parsons died of “homicidal violence of undetermined means,” with the coroner adding, “We cannot exclude the possibility of a terminal blunt force injury, suffocation or strangulation.” It also revealed that she was malnourished and had been abused over a period of time, information that corroborated her adoptive father’s confession that he beat her with a belt, bent her fingers backwards, locked her in a closet and choked her. The father’s “harsh treatment” was described as “child torture” by a UNC School of Medicine doctor, according to the warrant.

“That day in South Carolina was tough on all of us,” Rowan County Sheriff Kevin Auten said in announcing the charges Tuesday. “I saw some pretty tough cops take it pretty rough.”

In the time since, the tragedy has “haunted” the local community and law enforcement, according to the sheriff. Finally, however, he hopes justice will be served when the Parsons’ are prosecuted.

“There’s people that think the Parsons should have already been hung on the square,” Auten said. “But they’ll have their day in court. We’ll let a jury decide their fate.”

RELATED: Arkansas citizens horrified as police discover the worst inside a suitcase left by a ditch